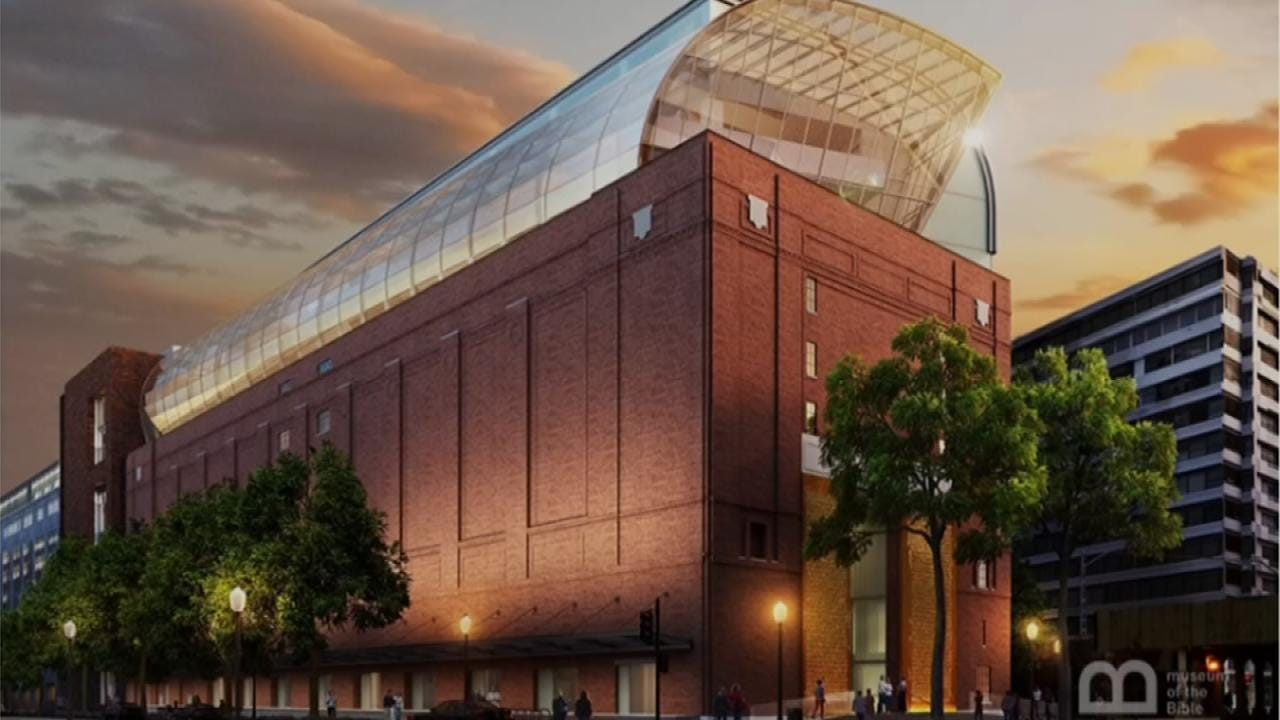 It's been called the museum of museums, to house the book of books.

The Museum of the Bible began as the dream of an Oklahoma family and now sprawls over an entire city block in our nation’s capital.

In the heart of Washington D.C. stands the 430,000 square foot museum of the Bible.

Built by Hobby Lobby CEO Steve Green to give people worldwide a chance to learn more about this sacred text.

Two years ago, News On 6 traveled to D.C. for a personal tour of this $500 million project the Greens hope will be heard in every corner of the planet.

"The world comes to D.C. We can have an influence on people all over the world with a museum in Washington,” said Green.

Despite their deep evangelical beliefs, the Green family believes the best way to have an impact on people from all faiths is set aside proselytizing and simply let this book, which for centuries has shaped cultures and lives, speak for itself.

The power of that rich history begins once you pass through the towering bronze gates that frame the entrance.

Inside the lobby, guests are greeted with a 140-foot long digital canvas overhead.

“What we want to have is an environment that engages people and an engagement is a learning experience,” said Collection Director David Trobisch.

The museum has more than 3,000 items on display including around 300 pieces from the Green's collection of scrolls and rare Bibles.

“It should be about the bible and it should invite everyone who's interested,” said Trobisch.

And that invitation comes at times in a very non-traditional fashion.

“It's not an oxymoron to say that you can have great education, academic correct, and be entertained at the same time,” said Museum President Cary Summers.

It's called Edutainment; where high-tech exhibits lure guests from one gallery to the next.

Like the recreated first-century Nazareth village and a theme ride that takes you on a virtual flight over DC.

“I initially thought that this must be a joke,” said Scholar Dr. Gordon Campbell.

Dr. Campbell is among a panel of scholars who worked on the museum's content and was at first skeptical of its Disneyesque approach.

"I've seen it and I think it's spectacular, I’m a convert. And it tells stories in very engaging ways,” said Campbell.

The 8 floors also include a children's area, a performing arts theater, a rooftop restaurant, and a biblical garden.

Steve Green believes visitors from every walk of life will discover one basic truth here.

"I think it will blow [visitors] away to realize it has had the impact it has had," said Green.

According to museum officials, none of the artifacts identified in the settlement have ever been part of the museum's collection.