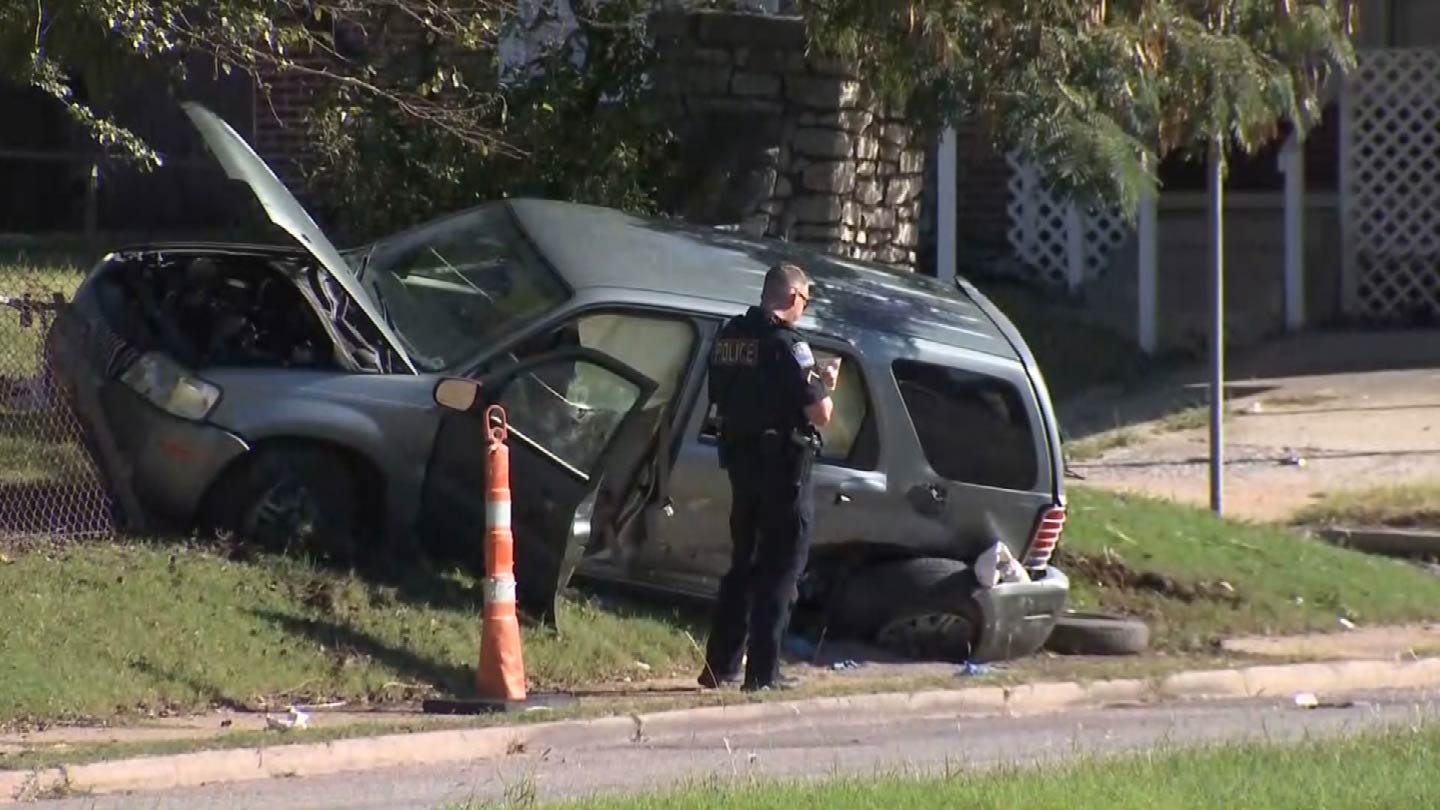 Six-year-old Tyree is back home after spending two days at St. Francis recovering from head, face and other injuries.

Tyree and his parents were riding in their SUV Sunday afternoon when, out of nowhere, a white Acura slammed into them while speeding away from police.

"He said ‘Hey, we're in the hospital. We had an accident,’" Terrell recalled. "I didn't believe it. I was wondering if he got ejected. I thought he probably didn't make it."

Tyree was found laying on the ground face first, covered in blood.

A picture taken at the hospital shows bruises all over his head and cuts on his mouth. He's also missing two teeth and has lung injuries.

"Tyree is a trooper,” said Terrell. "The officers even said that they thought they'd come up to a fatality because they saw a little boy with blood all over his face like that."

"I don't know how far he was ejected; it was a pretty good distance,” said Tulsa Police Sgt. Steve Stoltz.

Terrell says Tyree's parents are recovering from minor injuries and are now mainly worried about their little boy.

He says they've had lots of support, one officer from the scene even bringing Tyree a stuffed animal to comfort him.

As for Alexa Torres, the woman arrested for causing the crash, Terrell says this:

"We just want her to get the help that she needs because somebody else could be a victim and it could be fatal next time. It could be somebody else in that situation so I'm not mad, I'm thankful. And, I'm grateful they're all together right now."

Related Story: Boy Thrown From SUV That Was Hit By Car Chased By Tulsa Police

Torres was booked into the Tulsa County Jail on numerous complaints including eluding, possession of a stolen vehicle and hit and run.