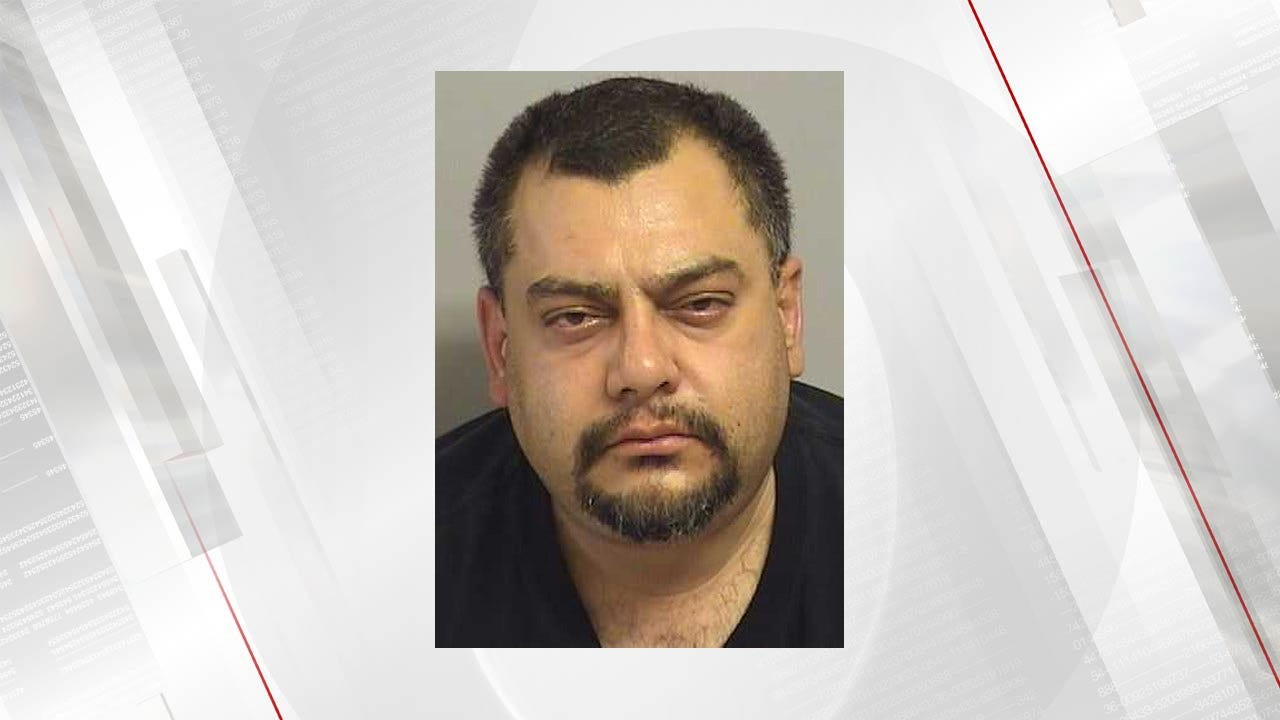 A New Mexico man is an Oklahoma jail Wednesday after investigators say he intentionally crashed his car into a police officer.

Police said Flores then got out with a knife and began walking toward an officer.

They said after he was arrested, Flores told the officer he wanted to attack police.