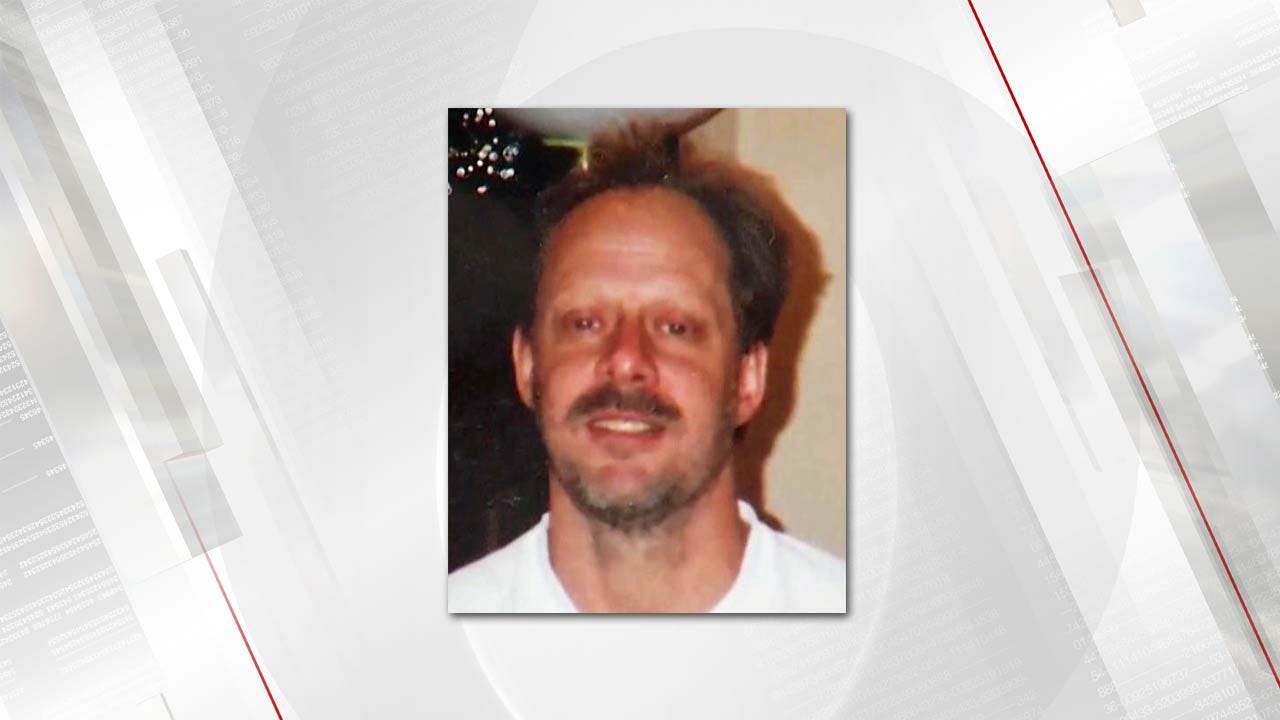 Police have identified Stephen Paddock as the gunman who opened fire on concertgoers from a hotel room in Las Vegas, killing at least 59 people and leaving more than 500 wounded in the deadliest mass shooting in U.S. history.

Paddock, 64, began shooting from two windows on the 32nd floor of the Mandalay Bay Resort and Casino just after 10 p.m. local time Sunday evening, police said. A SWAT team found Paddock dead in his hotel room and believe he killed himself.

Police said Paddock had at least 16 firearms in his hotel suite. He had been staying in the room since Sept. 28. They said another 18 firearms, thousands of rounds of ammunition, explosives and electronics were found at his home at a retirement community in Mesquite, Nevada, about 75 miles northeast of Las Vegas.

FBI Special Agent in Charge Aaron Rouse said in a press conference Monday morning that the bureau had found "no connection with an international terrorist group." The motive was still under investigation.

Police identified a female companion of Paddock's named Marilou Danley, who was overseas at the time of the attack. Police spoke to her Monday. Danley is not believed to have been involved in the shooting.

Paddock had no criminal record beyond a routine citation several years ago that was handled in court.

"He had a couple of guns but they were all handguns, legal," he told reports. "He might have had one long gun, but he had them in a safe."

In an interview with the Associated Press, Eric Paddock said his brother was "not a normal guy" and last had contact with him in September in a series of text messages. He said Stephen Paddock played "high stakes video poker" and once texted him a picture of him winning $40,000 on a slot machine.

Eric Paddock confirmed to multiple outlets that Stephen Paddock's father was Benjamin Hoskins Paddock, a notorious bank robber who was on the FBI's most wanted list for eight years after escaping from prison in 1969. He once tried to run down a federal agent with his car and was serving a 20-year sentence for a string of robberies in Phoenix when he escaped.

An FBI poster about the elder Paddock at the time called him "armed and very dangerous" and he remained on the bureau's list until 1977. He died in 1998.

Investigators are still trying to determine Paddock's motive. The Islamic State of Iraq and Syria (ISIS) claimed responsibility for the shooting, but offered no proof. U.S. officials tell CBS News there are no signs that Paddock had ties to radical Islamic groups or showed signs of being radicalized. Police obtained a search warrant for his home in Mesquite and are securing the site, a law enforcement source said.

The Associated Press reports Paddock lived in Mesquite, Texas, from 2004 to 2012. Lt. Brian Parrish told the AP that property records showed Paddock lived in the Dallas suburb during that time period and possibly longer. He said Paddock owned at least three rental properties in the area, and police found no indications of interacting with Paddock while he lived there.

Paddock worked for a "predecessor company" of defense contractor Lockheed Martin from 1985 to 1988, the company said. Lockheed said it was cooperating authorities to provide details of his employment. The company declined to say what position Paddock held.

Court records show Paddock sued the Cosmopolitan Hotel and Resorts on the Las Vegas strip in 2012, alleging he suffered substantial injuries when he slipped and fell in the hotel. The case was dismissed by both parties, indicating they had reached a settlement.

Paddock was a licensed hunter and had a license to fly a small plane, records show.