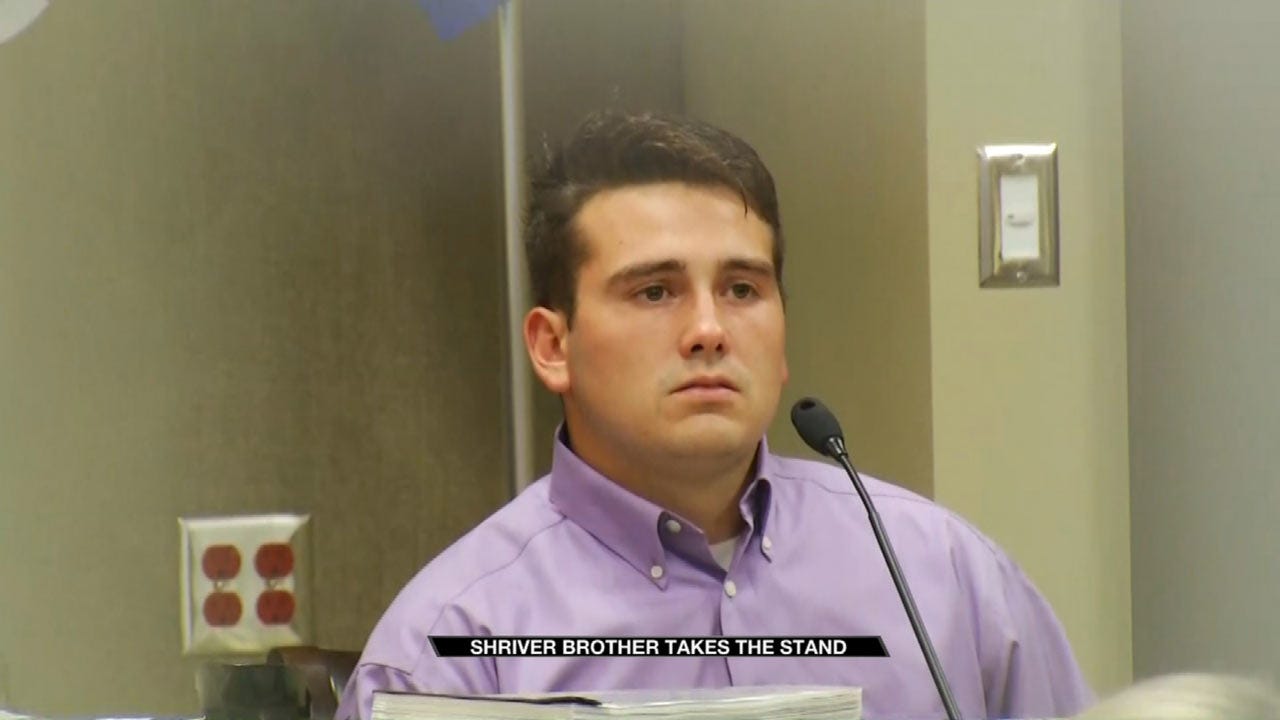 One of the two brothers accused in a deadly Rogers County hit-and-run took the stand Wednesday.

The defense began presenting its case and Dakota Shriver teared up on the stand, saying he doesn't like to talk about what happened.

During his testimony, Dakota explained why they were fighting, why he punched his brother, which led them to crash through a fence and into a field, and why he was afraid to tell their mom because they knew she'd be mad.

He repeated that he and his brother never saw the girls leading up to the crash or after they crashed while trying to get out of the ditch.

Gage Shriver is expected to take the stand Thursday.

Before the defense began, however, it asked the judge to dismiss the charges against the brothers, saying the state failed to prove beyond a reasonable doubt the boys were guilty.

The judge denied the request saying he will let the jury decide.

Dakota and Gage Shriver are charged in the deadly hit-and-run that killed Noelle New and seriously injured Maranda Talley.

Gage Shriver is accused of being drunk behind the wheel.

Prosecutors said his interview shows him changing his story multiple times with investigators before he admitted to drinking at least 12 beers before driving.

It also shows Gage admitting they made up a story about hitting a deer.

Both brothers adamantly told investigators they never saw the girls in the road before the crash, or in the ditch afterward, but they said when they went back to the scene a few hours later with their mother they saw New dead and Talley badly hurt.

Dakota told investigators he started to pick New up because he wanted to help her but his mother told him to put her down and wait for paramedics to arrive.