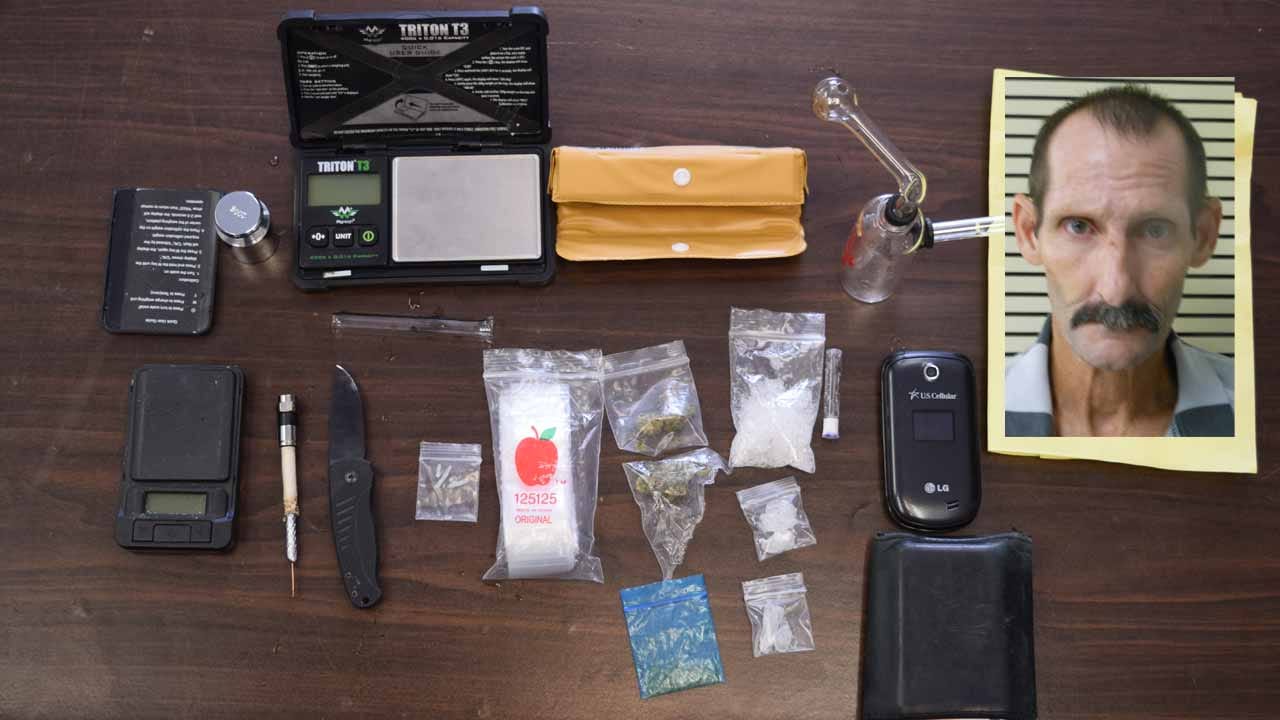 A Coweta man was arrested after Wagoner County deputies found methamphetamine and marijuana in his home.

According to the Wagoner County Sheriff’s Office, deputies and Coweta Police officer served a search warrant at a home in the 200 block of West Magnolia.

During the search, deputies found 10 grams of meth, two grams of marijuana, scales, baggies and other drug paraphernalia, a news release says.

Larry Ingram, 57, was arrested on several complaints including of possession of a controlled dangerous substance with intent to distribute, possession of marijuana and maintaining a dwelling where drugs are sold.