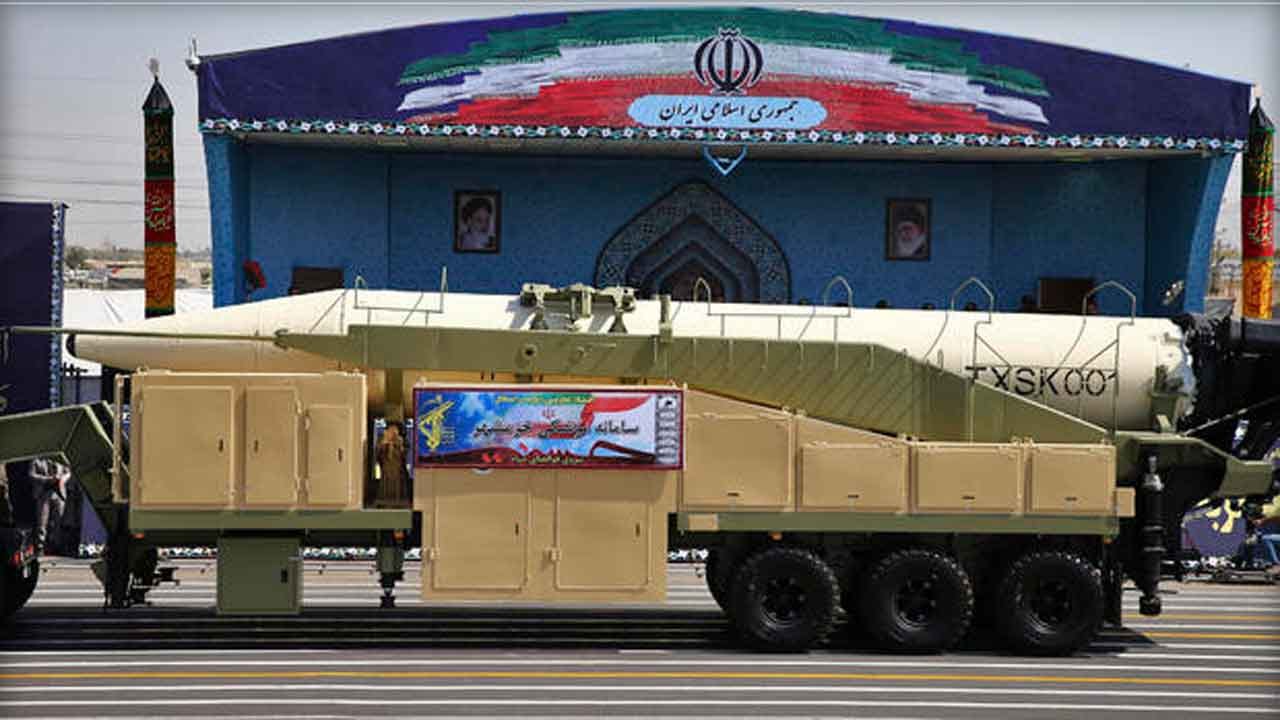 Iran's Revolutionary Guard on Friday unveiled its latest ballistic missile capable of reaching much of the Middle East, including Israel, while the country's president vowed that Tehran would press ahead with its missile program in defiance of U.S. demands to the contrary.

The unveiling came during a military parade in Tehran that commemorated the 1980s Iraq-Iran war.

The move was a direct challenge to President Donald Trump, who in August signed a bill imposing mandatory penalties on those involved in Iran's ballistic missile program and anyone who does business with them.

Though Iran has long boasted of having missiles in the same range in its arsenal, it was the first time that the Khoramshahr, with a range of 1,250 miles was displayed in public.

In February, Iran test-fired the same medium-range type of missile, prompting Mr. Trump to say that the United States is "putting Iran on notice."

Mr. Trump has vowed repeatedly to take a tougher line toward Iran than his predecessor, threatening at various times to renegotiate or even dismantle the nuclear deal, and shoot Iranian boats out of the water if they provoke U.S. naval vessels in the Persian Gulf.

Rouhani addressed the parade in Tehran, saying that Iran would not halt its missile program but continue to boost military capabilities, despite U.S. demands.

"We will strengthen our defense and military capabilities ... whether you want it or not," Rouhani said, a direct response to Trump's speech at the U.N. General Assembly this week.

Rouhani added that "Iran's military power lies in its commitment to never invade another country or land."

He also said Tehran will keep supporting the "oppressed people of Yemen, Syria and Palestine" - a reference to Iran's role in the wars in Yemen and Syria and its support for Palestinian militant groups such as Hamas.

Tehran has backed Yemen's Shiite rebels known as Houthis against a U.S.-supported and Saudi-led coalition of mostly Arab states that seeks to return the internationally elected government to power in Yemen. In Syria, Iran is a close ally of President Bashar Assad.

In his speech at the United Nations, Trump accused Iran of supporting terrorists and called Tehran a "corrupt dictatorship" and a "murderous regime."

Speaking a day later, Rouhani said the Iranian people are waiting for an apology from Trump for his "extremely offensive" rhetoric and "unfounded" allegations about Iran.

Rouhani afterward told a news conference that the Trump administration is seeking "an excuse" to pull out of the landmark 2015 nuclear agreement that capped Iran's nuclear activities in return for the lifting of international sanctions on Iran.

The deal, Rouhani said, is supported by his government and the five other parties - Russia, China, Britain, France and Germany - that signed the agreement.

Not many details are known about Khoramshahr. The state-run IRNA news agency quoted chief of the Guard's airspace division, Gen. Amir Ali Hajizadeh, as saying that the ballistic missile "can carry several warheads for various uses." The agency did not provide further information.

Later on Friday, Iranians staged anti-Trump protest to show their anger over the U.S. president's speech. Thousands of worshippers marched after Friday prayers in Tehran, chanting "Death to America" and "Death to Israel."

On Thursday, Iran's Supreme Leader Ayatollah Ali Khamenei, who has final say on all major policies in Iran, said Mr. Trump's "cheap, ugly, foolish and unreal" remarks before the U.N. General Assembly were a sign of desperation. During a meeting with a clerical assembly, Khamenei said such comments "do not come from power, but from anger, desperation and weak-mindedness."

The nuclear deal between Iran and world powers does not strictly prohibit Iran from developing missiles but after the deal came into effect last year, the U.N. Security Council adopted a resolution calling on Iran not to take any actions related to ballistic missiles "designed to be capable of delivering nuclear weapons" for eight years.

Iranian officials have argued that the measure only applies to missiles specifically designed to carry nuclear warheads.