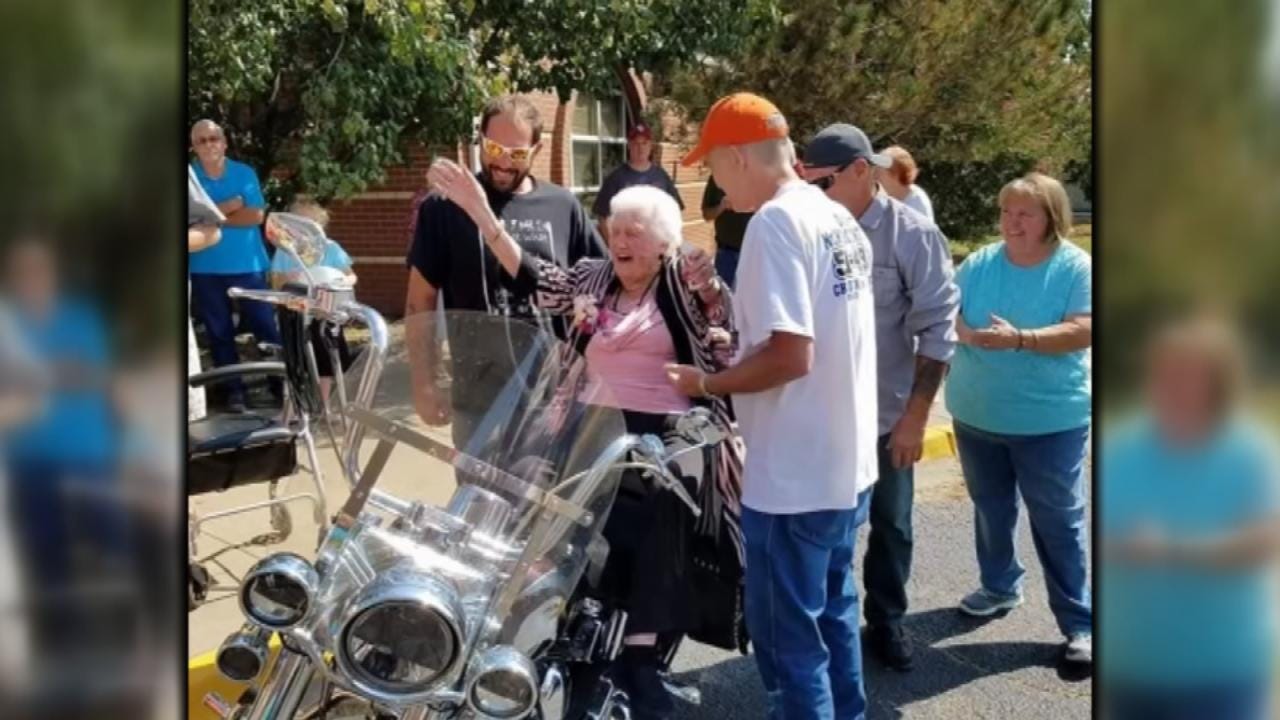 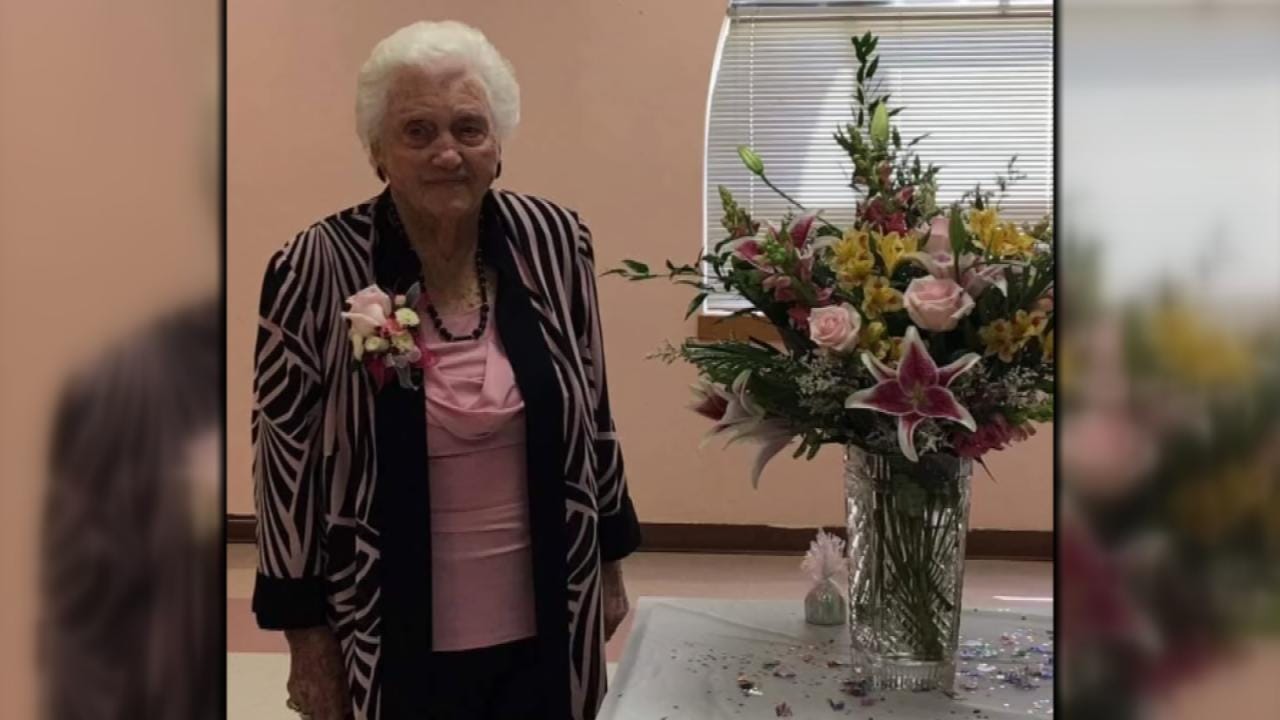 A Green Country woman celebrated a century of living with a ride on a motorcycle.

Inez Choat who lives near Wainwright, turned 100 over the weekend, so her family threw her a big party at the Checotah Senior Activity Center.

When it was time to leave, Inez hopped on her nephew's Harley Davidson for a grand exit and rode away.

Her family says in the past few years, Inez has been known to often hop on the back of a bike for a ride.