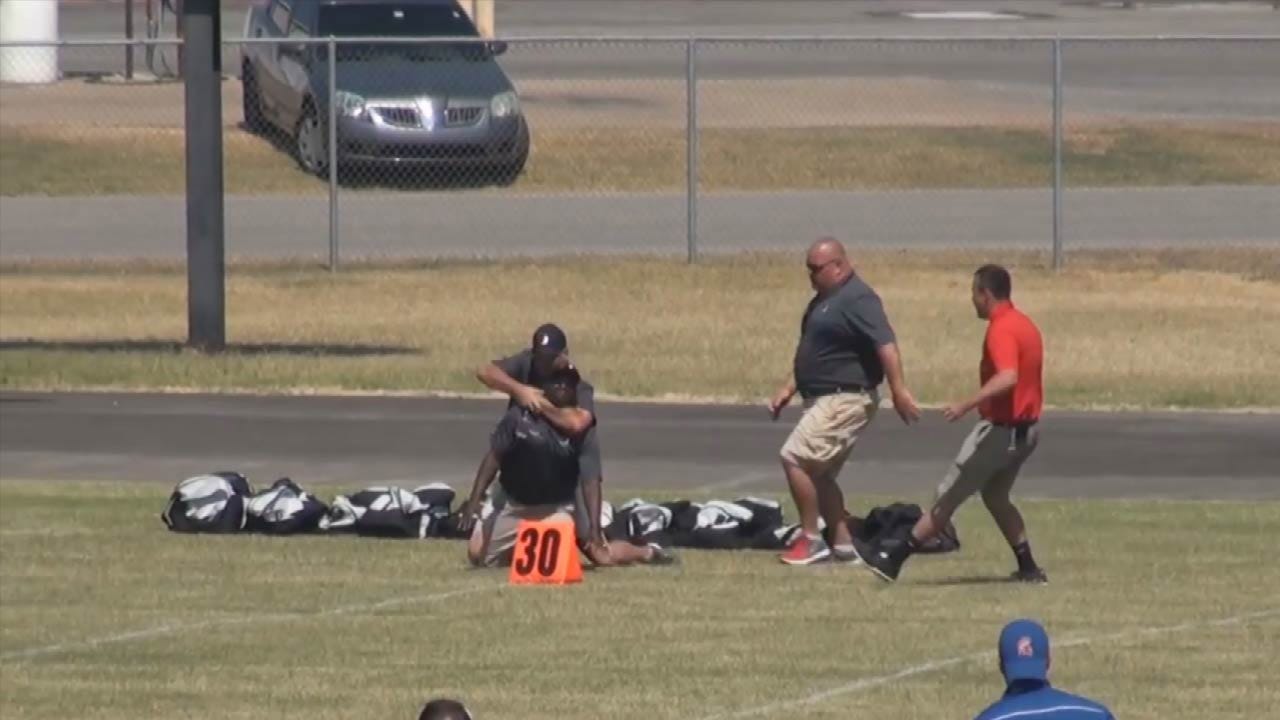 The Union third grade football coach who put another coach in a chokehold speaks out.

This coach asked to remain anonymous; he says for his own safety and the safety of his family.

He admits to instigating the entire situation, and now, he just wants to say he's sorry.

"I did it,” said the Union Silver coach. “I accept responsibility. I did what I did."

It escalated quickly for a game Union was winning, 31-6.

"I asked the offensive coordinator Coach "A" if he could put some substitutes in and let my son carry the ball,” he said. "He turned around and he said, 'Your son is slow, and he's not ever gonna run the ball.'"

The coach says he has a son who is autistic and hearing someone call his other son slow triggered something inside him.

"I've been coaching since I was 18 years old, volunteering,” he said. “This has never happened before. I lost my mind. I said curse words in front of the kids. I was screaming."

The head coach asked him to leave, so as he was packing up. He says Coach "B" walked by and insulted him and his son.

He says that's when things got physical.

"Couldn't really recall everything that happened until I actually watched the film and I was horrified,” he added.

Now, he's been banned from coaching in the league and says he's hanging up his whistle for good.

"I promise I will never step foot on another football field as a volunteer coach again,” he said. “I promise you all that."

At this point, he wants to apologize to the parents, the coaches, and especially, the kids.

"I would like to tell them, honestly, that I'm so sorry,” he said. “They didn't deserve that. And I mean it from the bottom of my heart."

The other two men are banned from coaching for the rest of the year.

I reached out to Union Schools to see if those coaches wanted to offer their own comments.

The spokesperson I talked to says the video speaks for itself.