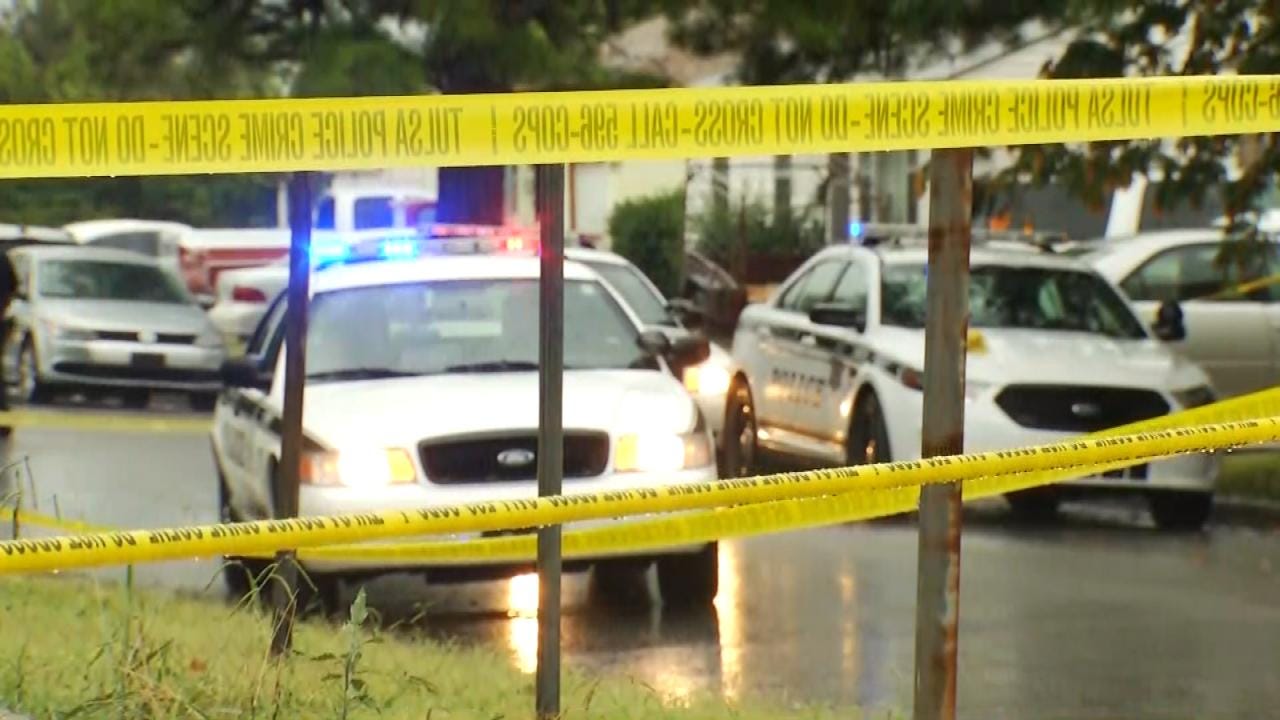 One man is dead after a shooting in Tulsa near 36th street north and MLK.

We're told the person who shot him is still on the run.

Police said the shooting happened right outside a house.

They said two men were arguing over something when both of them started shooting at one another.

According to reports, there were multiple people inside the home when it all went down and police are questioning those people.

As for the men who were shooting at each other, one was rushed away in critical condition and later died.

Police said he may have been shot twice.

As for the other man, police are still looking for him.