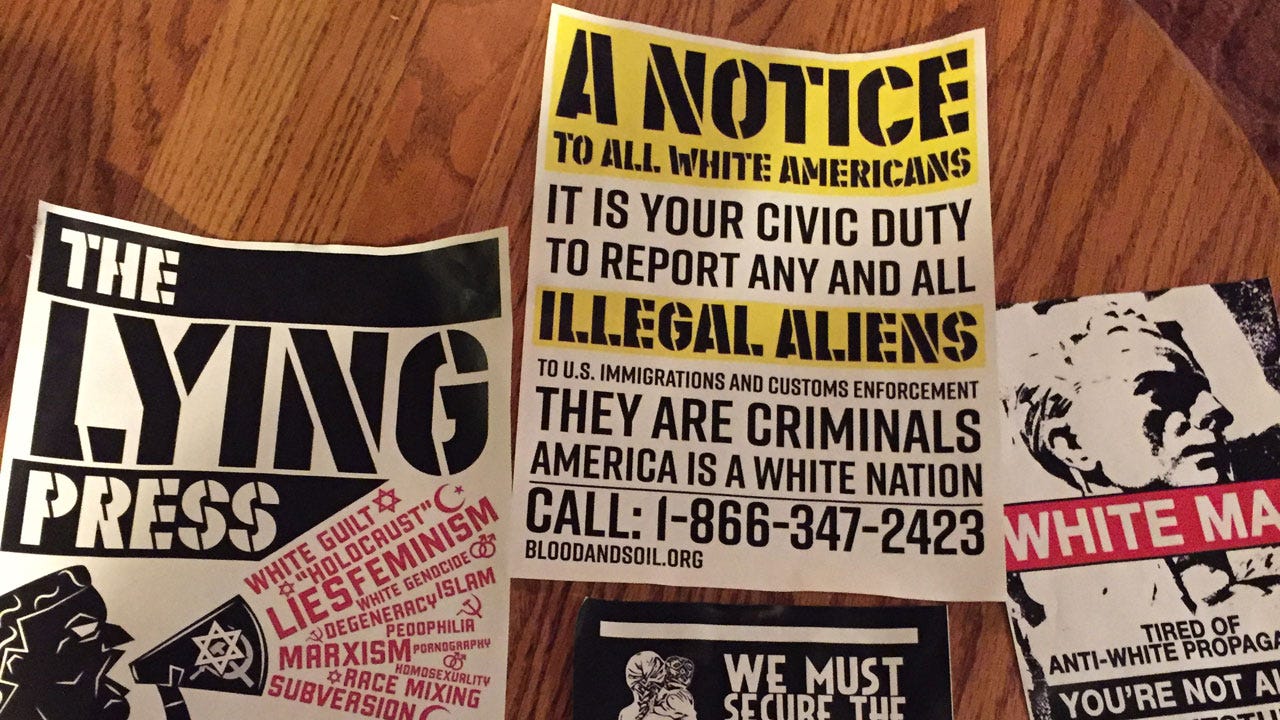 Someone has posted flyers promoting white supremacy along Cherry Street in Tulsa.

The handful of flyers were quickly noticed and taken down.

One man is taking a stand against that message of hate.

The flyers were posted at the intersection of 15th and Rockford, promoting white supremacy web sites.

It is believed they were posted sometime overnight, but they were spotted in daylight.

The flyers were on poles and newspaper boxes in a single block on cherry street.

The employees at the Coffee House on Cherry Street noticed them, took them down, and went inside to show them to a group of men, all veterans, who didn't like what they saw.

The Frontier tracked down a man who denied putting them up but said he knew who did.

The flyers did not reference a specific event, only web sites, and racial hatred.