Rollover Wreck Closes Lanes Of I-44 In Tulsa 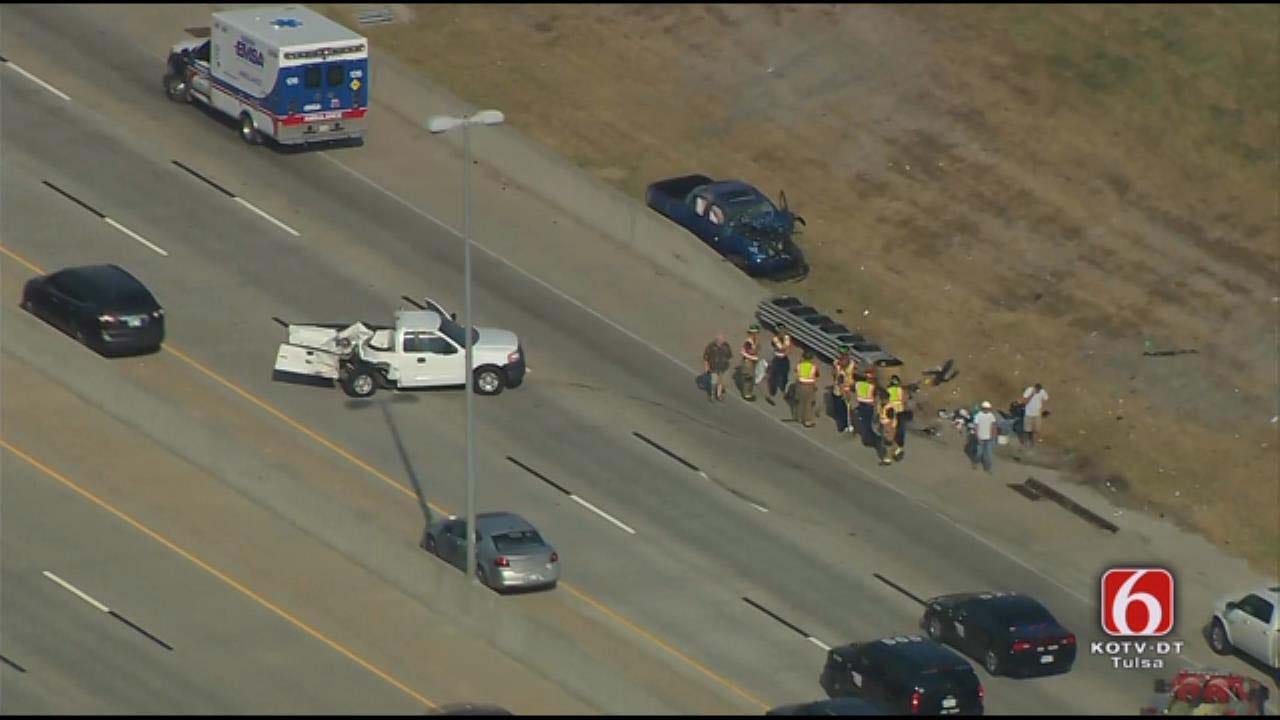 A rollover wreck closed multiple lanes of eastbound Interstate 44 between Yale and 41st Street in Tulsa.

Video from Osage SkyNews 6 HD showed a white pickup in the middle of the highway and another off the road. The pickup on the side of the road appeared to have rolled over and its side airbags had deployed.

At one point traffic was down to one lane, which was using the shoulder to get by the crash scene.

All lanes were reopened just before 5:30 p.m.

Witnesses tell us it appeared no one was injured.