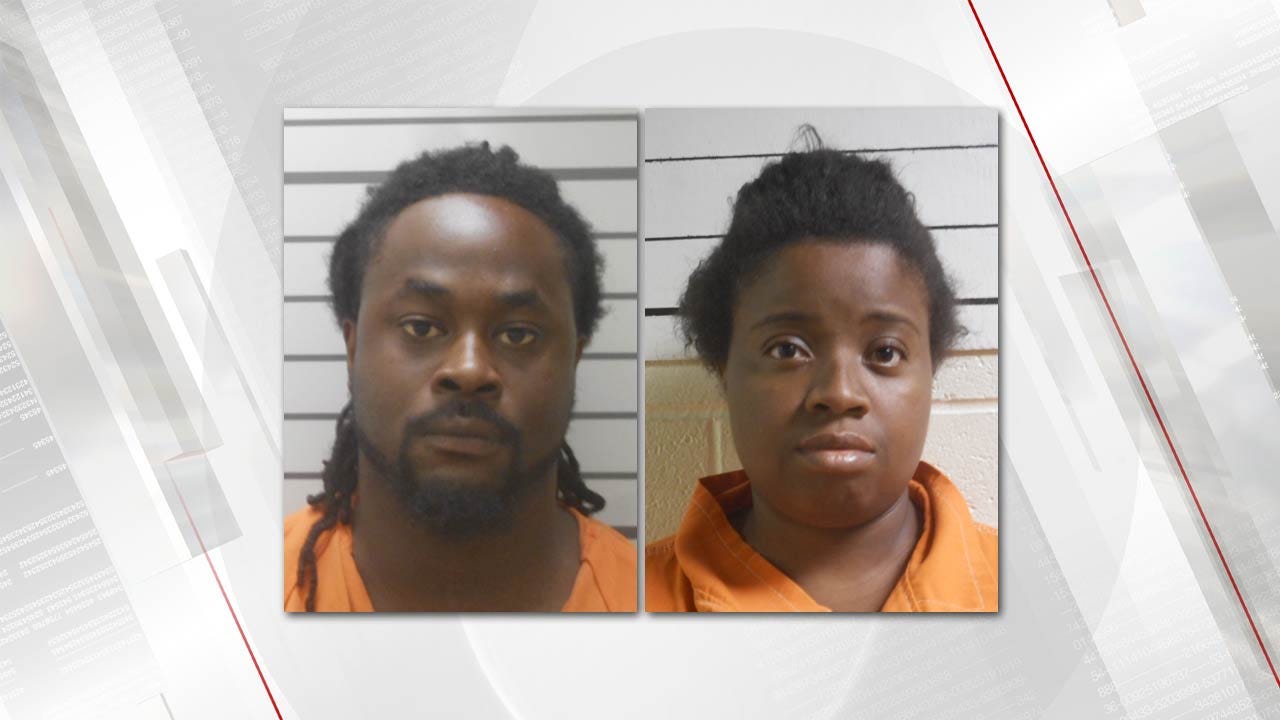 A Checotah couple was charged with child neglect after police said they dragged their 4-year-old son while he was hanging onto the door of their car. Jeremy Darnell Barnett and Latitia Chananiah Barnett failed to properly secure their son in a car seat, resulting in injury to his foot, court records show.

An affidavit states the family was at a QuikTrip in Muskogee, with Jeremy Barnett driving and his wife a passenger. Their 4-year-old child was seen hanging from the door handle of their Caprice, trying to get in, an officer said.

The officer spoke to Latitia Barnett who said the boy was only hanging on for "seconds" before they were able to pull him in. The affidavit does not say how badly the child was hurt, only that his foot was injured.

The incident took place Sept. 10, and the couple was charged in Muskogee County court Sept. 12, 2017.

The couple will be back in court in two weeks.