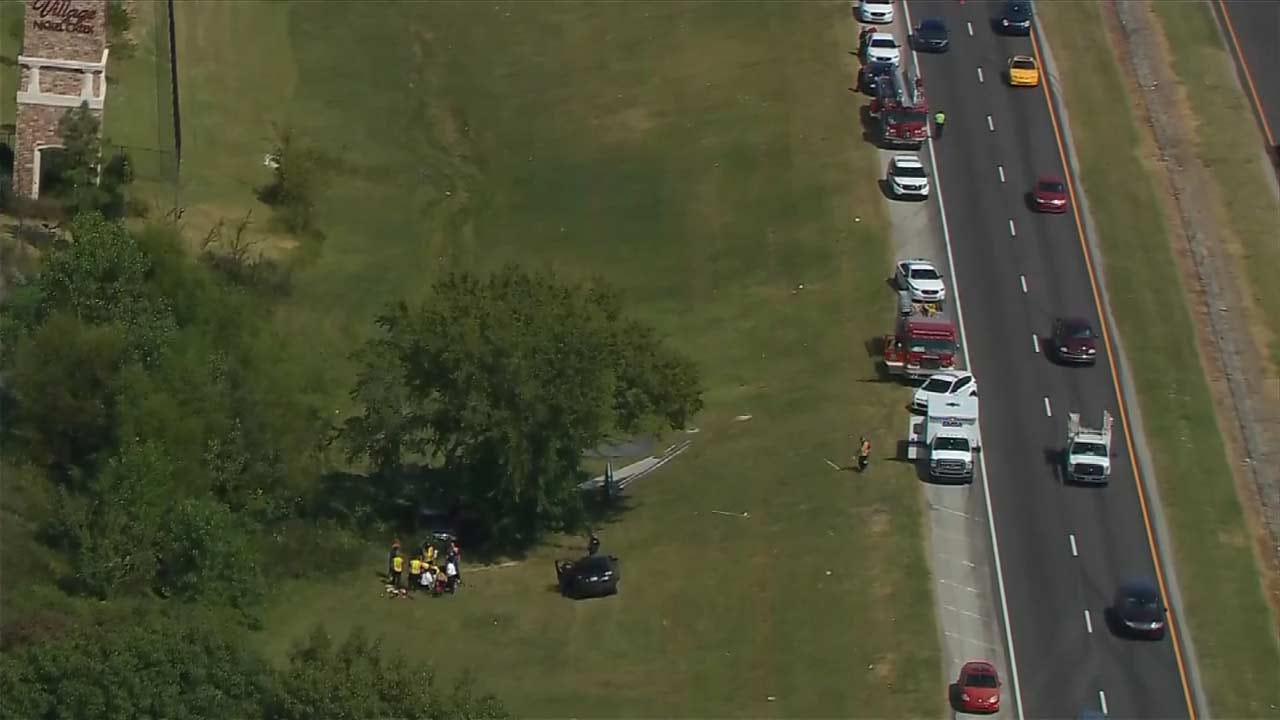 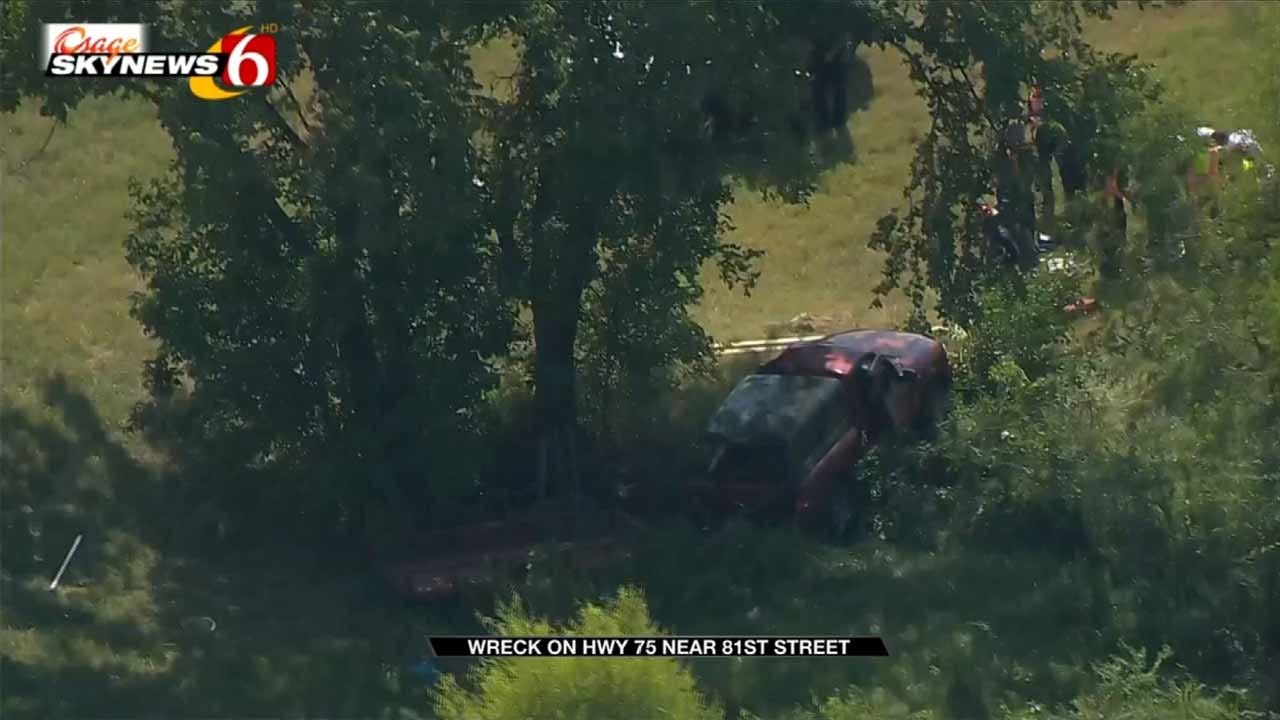 One person is dead after his vehicle crashed on Highway 75 Wednesday afternoon.

Tulsa Police said two brothers were going south on Highway 75 when their trailer full of lumber started to fishtail.

Witnesses told police once the trailer started fishtailing, the driver lost control of the truck. It went off the highway and through an exit sign before stopping.

The driver, Homer Wesley, was pulled from the vehicle by his brother, the passenger, and several witnesses.

Emergency responders rendered first aid before Wesley was transported to the hospital. He was pronounced dead just after 12:30 p.m.

The passenger was not seriously injured.

The crash narrowed the highway to one lane as emergency responders worked the scene.

The crash is still under investigation.