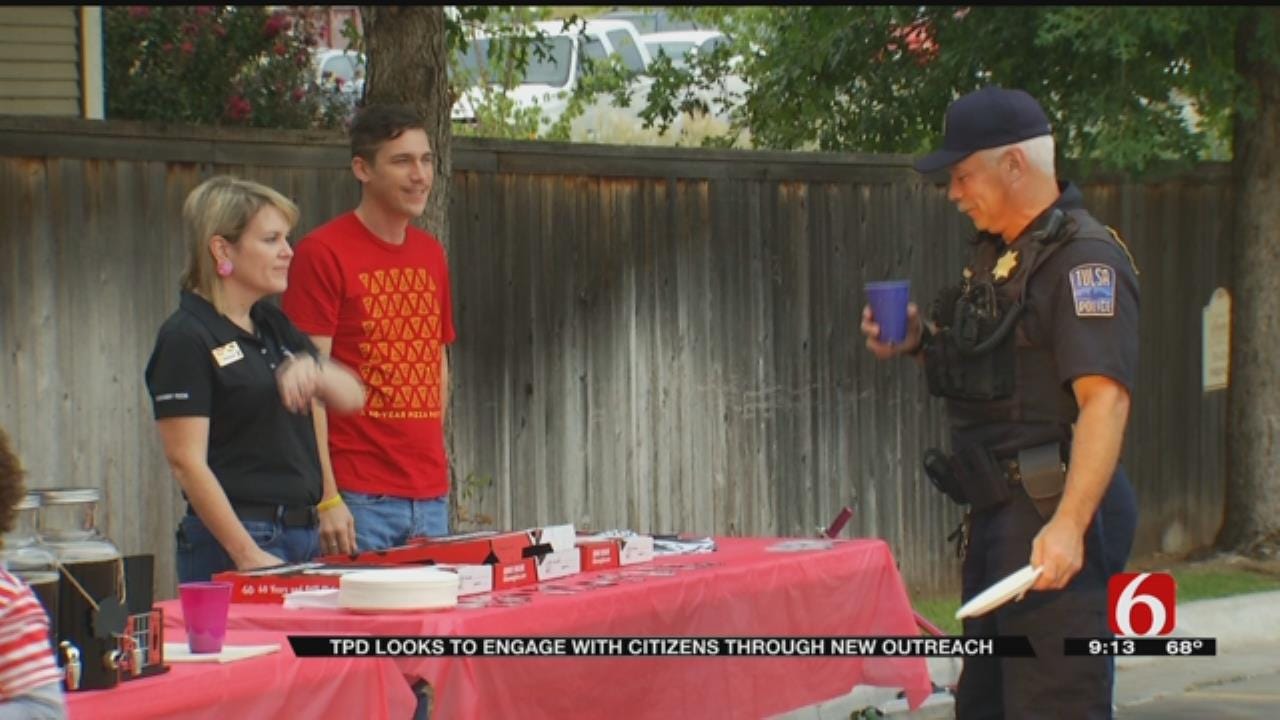 The Tulsa Police Department is making a new effort to reach out to people before they meet during an incident.

It comes as the department is hiring officers and now has a named a new community liaison, who is not a police officer.

On Cherry Street, and throughout Tulsa, it was a night out where neighbors meet neighbors — and first responders meet them.

Although Cherry Street has a lot of businesses, there are 400 people living within two blocks, and Ann Ellis has a goal of getting them together.

"I just want everybody to meet each other and get to know each other. Not just the neighbors, but the vendors, the merchants that are here," said Ellis, of the Cherry Street Neighborhood Association.

The "night out" was one of the first assignments for the police departments new community liaison  Leah Mueller.

She's part of the effort by police to better communicate with neighborhoods.

"Kind of being that communicator who can reach out into the community and talk to people on their level. I'm a civilian as they are, and get their concerns and get their questions and take it back to them and frankly bridge the gap there," Mueller said.

With the department adding to the force, the goal is to eventually have more officers talking with people on their beat, and understanding their concerns.

Deputy Chief Jonathan Brooks said having neighbors working together and working with police can change crime in Tulsa.

"We're working on crime problems that aren't happening yet. So we're not responding — we're building relationships," Brooks said. "That is our big effort right now: getting out and building new relationships and enhancing the ones we already have."

The new TPD liaison said she's available for any community meetings and plans to be active on social media for people wanting to engage with the department.