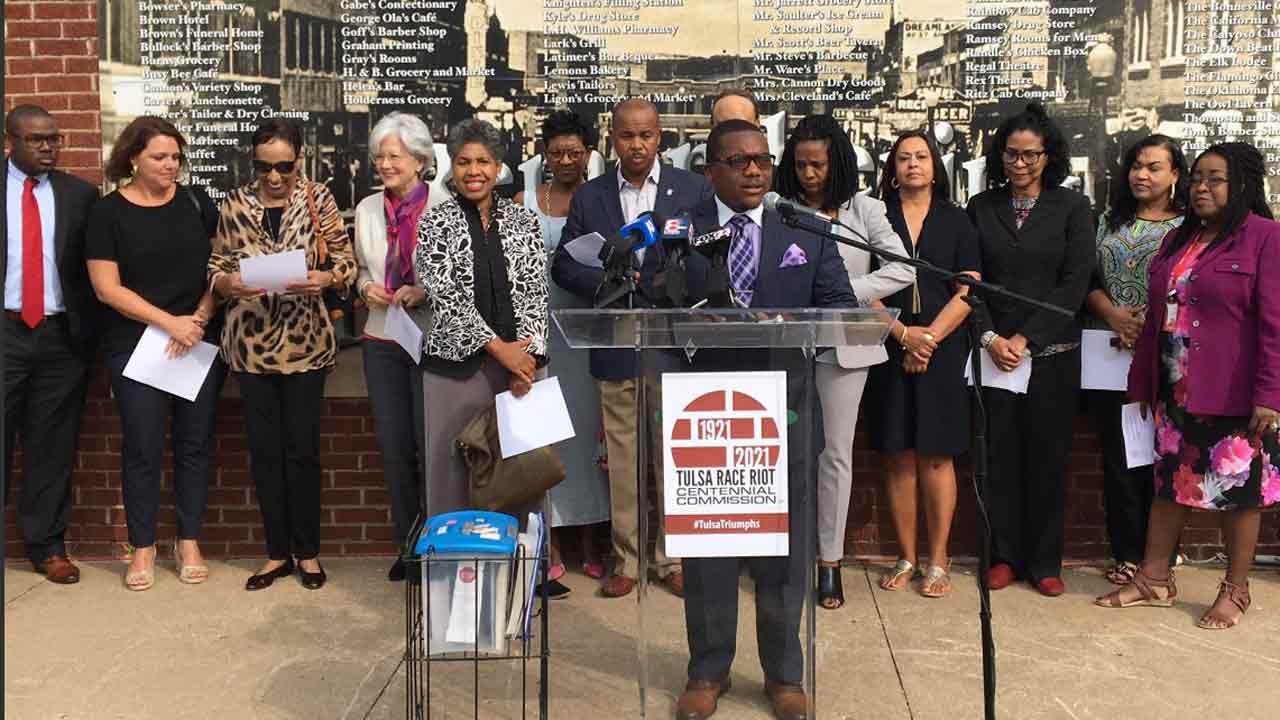 It also announced efforts to place Tulsa's Greenwood District on the National Registry of Historic Places.

The commission said it plans to, "leverage the rich history surrounding the 1921 Tulsa Race Riot by facilitating actions, activities, and events that commemorate and educate all citizens."

The commission also has immediate and short-term plans in place for the recognition of the 100th anniversary of the riot in 2021. State Senator Kevin Matthews told us that the state superintendent is backing the initiative and now they're talking with educators to figure out how to best roll it out into the classroom.

"Not every teacher understands the history or how to teach it, so we're looking at ways that we can teach teachers.

The commission said Rudisill Library has materials available for teachers wanting to teach about the riot.

Commission Project Manager Jamaal Dyer said it's especially important for young Tulsans to know about this dark part of the city's history.

"It makes no sense for you to live in Tulsa, be from Tulsa, go to the Tulsa Public School system or through Tulsa schools period and not have any knowledge of these events," said the Rev. Jamaal Dyer.

A new banner was unveiled listing Greenwood's original businesses, and the commission also announced plans for an arch at the corner of Greenwood and Archer welcoming you to the district.

According to the commission, the projects of the 1921 Tulsa Race Riot Centennial Commission will educate Oklahomans and Americans about the Race Riot and its impact on the state and Nation; remember its victims and survivors; and create an environment conducive to fostering sustainable entrepreneurship and heritage tourism within the Greenwood District specifically, and North Tulsa generally.

They hope to introduce some elements of the curriculum by February - Black History Month.