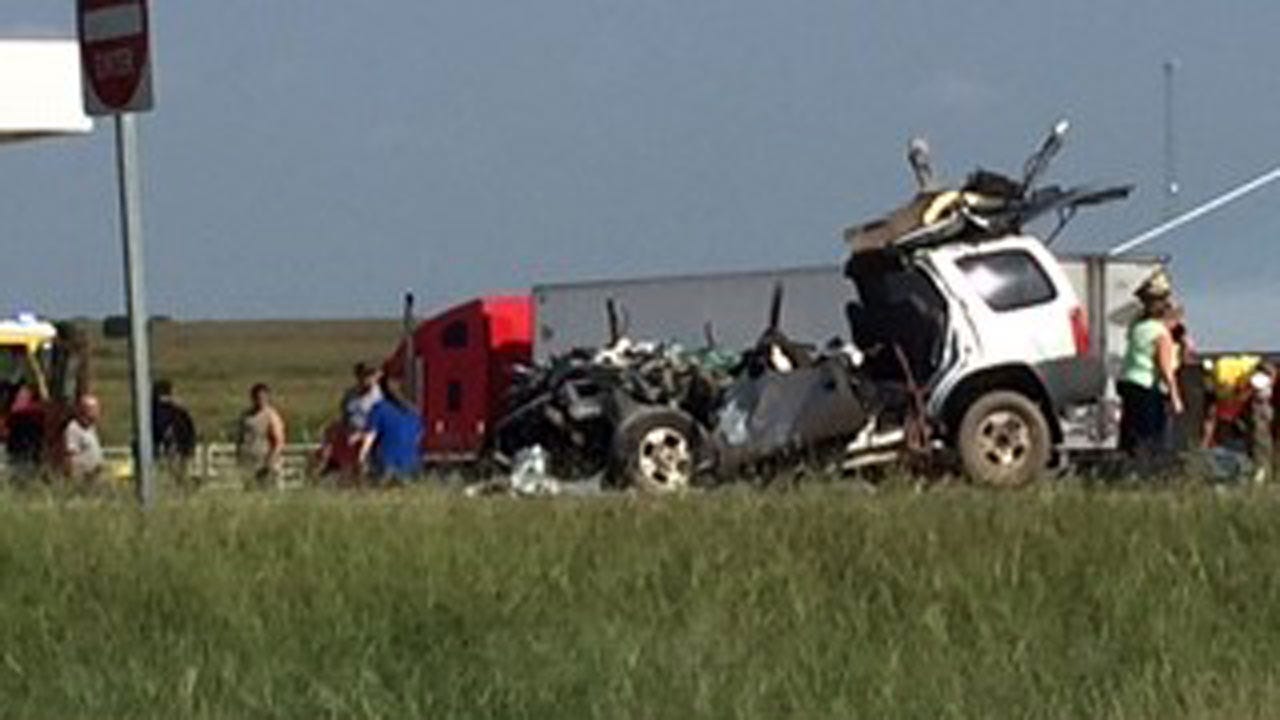 The Oklahoma Highway Patrol says inattentive driving led to a crash between an SUV and semi near Ochelata Sunday afternoon.

Troopers said the crash happened just before 3:30 p.m. on Highway 75 in Washington County south of Bartlesville.

In their report, the OHP says a 2000 Nissan Xterra, driven by Michael Rosenheim, 29, of Bartlesville, was heading north on 75, when he struck the rear of a semi which had slowed to turn off the highway.

Rosenheim along with two juvenile passengers, a 15-year-old female and a 10-year-old male, were taken to Tulsa hospitals.  A third passenger, a male age 12, was taken to a Bartlesville  hospital where he was treated and released.

The OHP report said the driver of the 2015 Freightliner, 39-year-old Mark Sherman and a passenger, 25-year-old Wade Junior, both of Wileyville, West Virginia were not injured.

Troopers said the Ramona and Oglesby Fire Department used the Jaws of Life to free both Rosenheim and the 15-year-old from the wreckage.