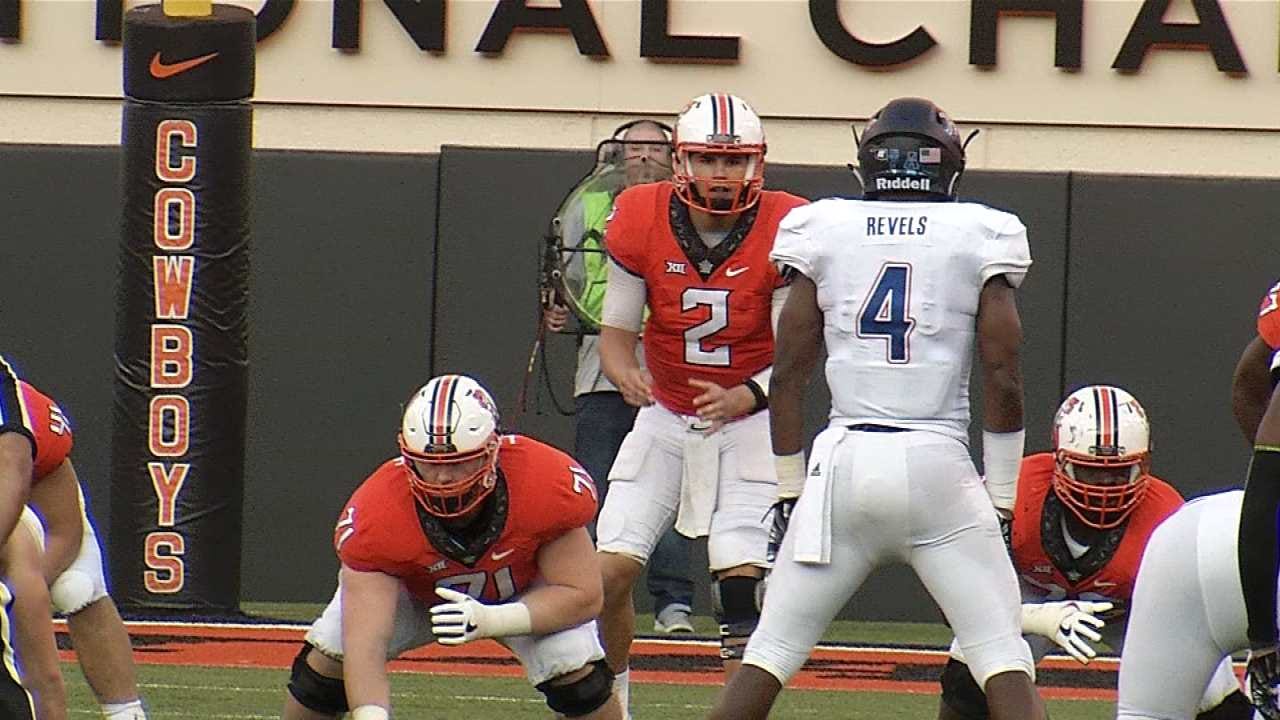 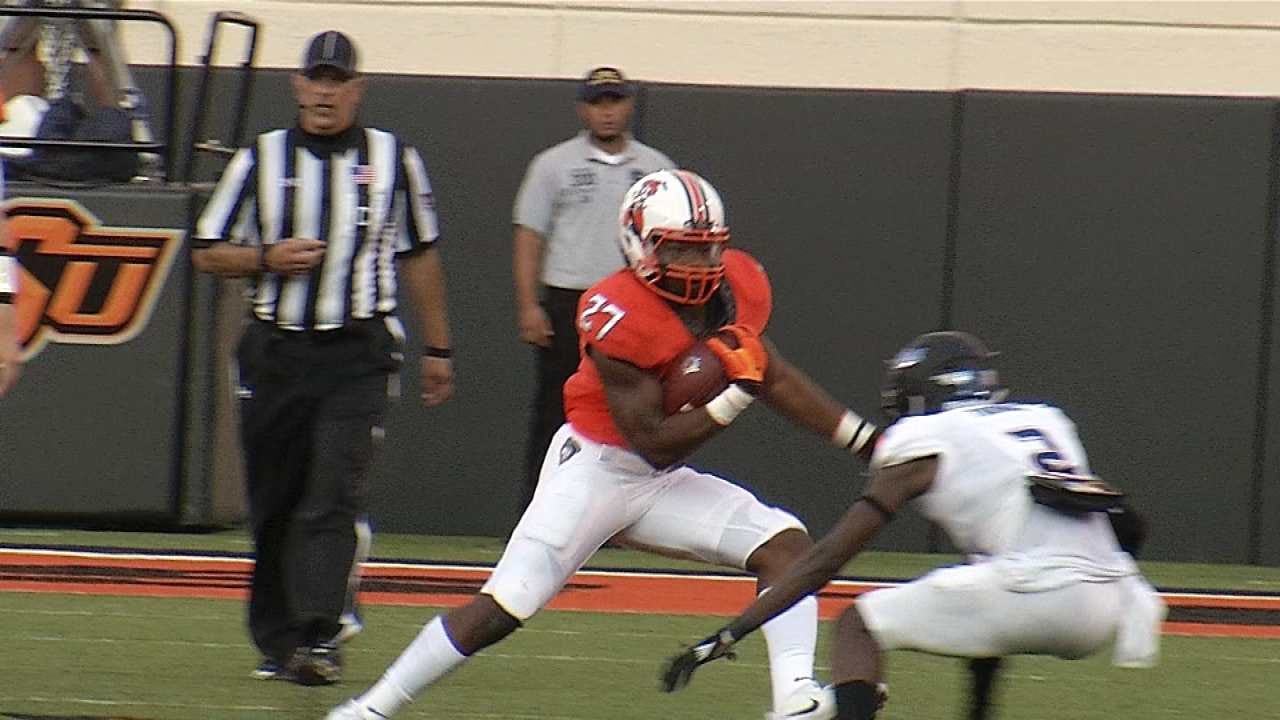 Mason Rudolph threw for 303 yards and three touchdowns and ran for another score to help No. 10 Oklahoma State beat Tulsa 59-24 on Thursday night.

Rudolph completed 20 of 24 passes with no interceptions. The senior joined Brandon Weeden as the only Cowboys quarterbacks to surpass 9,000 yards in career passing.

Justice Hill ran for 132 yards and a touchdown, J.D. King had 95 and LD Brown 92 for the Cowboys, who are in the preseason Top 10 for the third time in school history. Oklahoma State gained 640 total yards.

Tulsa quarterback Chad President, who got the start over Luke Skipper, passed for 178 yards and ran for 69. Corey Taylor II ran for 111 yards and two touchdowns. D'Angelo Brewer finished with 33 yards on 22 carries.

The Cowboys, wary of home upsets after last year's stunning loss to Central Michigan, were never in danger in this one. Oklahoma State rushed for 332 yards on 37 carries to balance its dynamic passing attack.