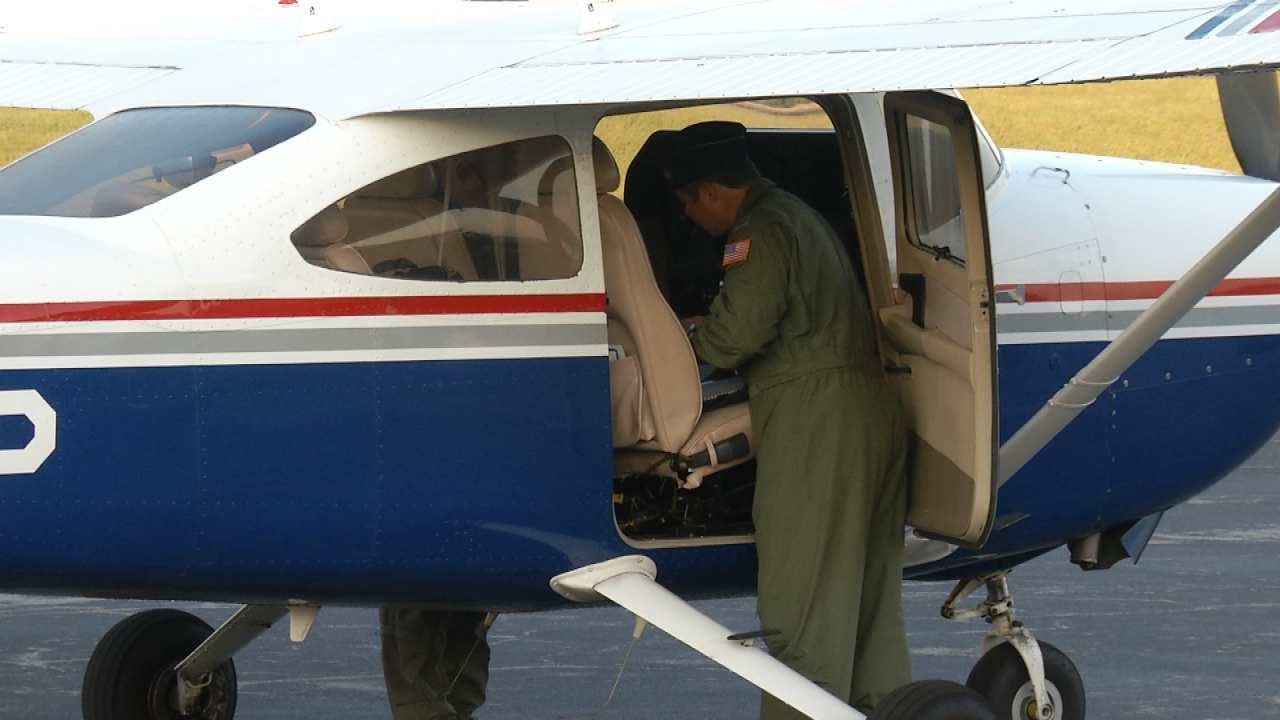 They're stationed in San Marcos, Texas just outside of San Antonio where they'll take aerial pictures of Hurricane Harvey's damage.

The pilot says those photos will go to emergency response teams giving them a better idea of what communities are going through.

Lt. Col. Jodie Gilbert said, "Just taking a picture on your iPhone is great but where was it taken, what direction was it facing, you know, where's the trouble?"

The pilot says their group will fly back Sunday.