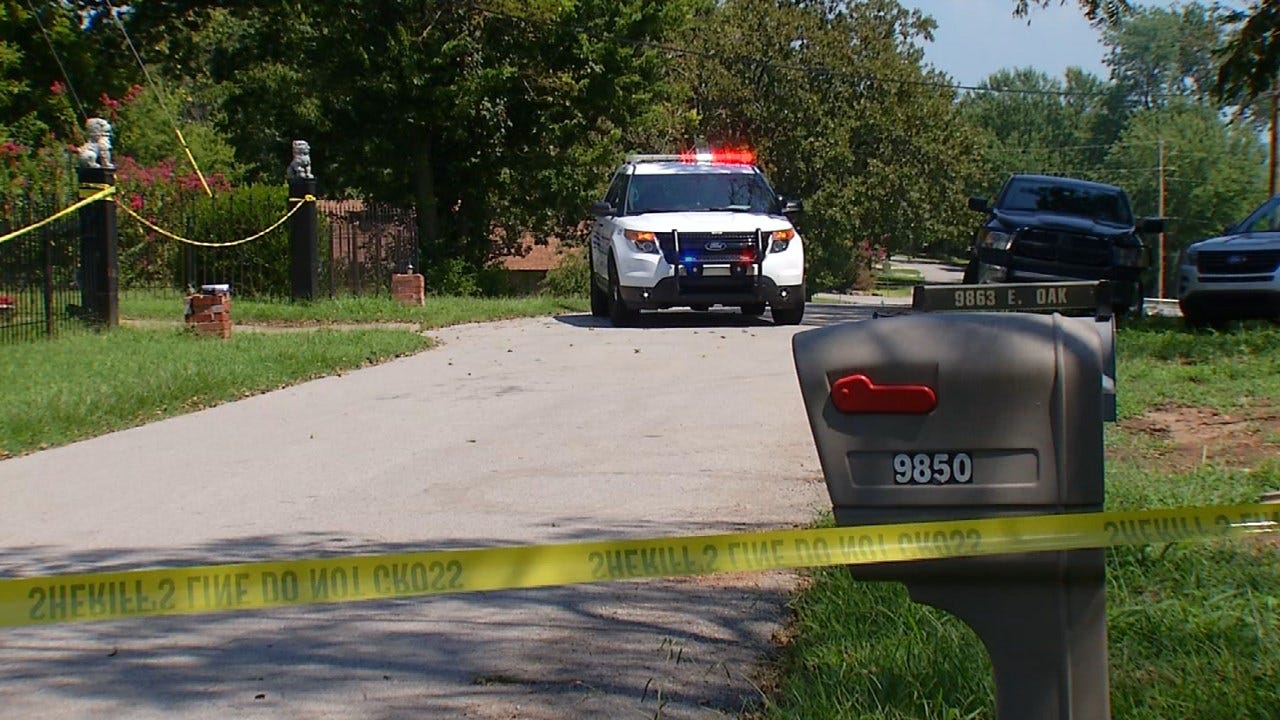 Rogers County deputies and OSBI agents are investigating the death of Helen Pasdach. They say someone shot her in the head while she sat in her recliner.

Neighbors said Helen was a kind-hearted person who lived in a quiet neighborhood and they can't imagine anyone who would want her dead.

Investigators said Pasdach's grandson stopped by, found her and called 911.

Neighbors woke up to the sight of yellow crime-scene tape and knew it wasn't good.

"It's just a shock to hear that. You see it on the news, it happens in other neighborhoods," said Cindy Saunders, neighbor.

Saunders said she couldn't sleep Sunday night so she sat on her front porch to read around midnight and thought it strange that all Helen's lights were on.

Investigators said Pasdach had been dead for some time, perhaps even days, but are waiting on the medical examiner to determine the exact time.

As for a motive, they say there's some evidence of a possible burglary, but they don't have anything confirmed until they can determine exactly what was in the house and if anything is missing.

"This is an especially sad case because it's an elderly woman and by all accounts, she was a kind and benevolent person," said Rogers County Lieutenant Gavin Gatrell.

They got a search warrant for the house and asked OSBI to help process the crime scene, but they said at this point, they simply don't have much to go on.

Neighbors said they didn't hear anything like a gunshot.

"This is a nice, quiet neighborhood and I love it, peaceful, I really like it," Saunders said.

If anyone has information related to this crime, please contact the Rogers County Sheriff's Office at 918-342-9700.