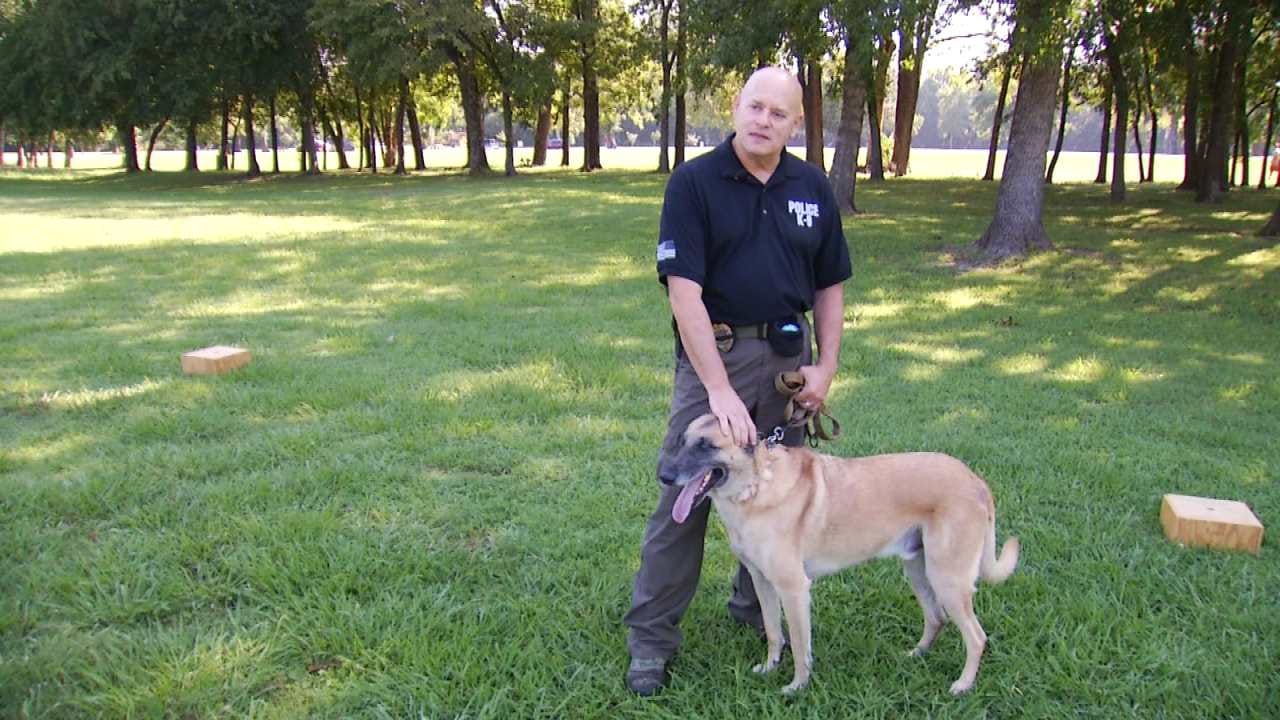 A Green Country police officer wants to get the word out about drug abuse.

So, he's offering free talks and demonstrations with his K9 to anyone who wants to learn.

This officer and his K9 will go just about anywhere to raise awareness. Bryan Jones and his drug dog were giving a demonstration Sunday at Haikey Creek Park in Bixby.

The dog’s name is Tibo, and he's about to turn 8 years old.

Officer Bryan Jones got Tibo when he was just 9 months old.

Jones said, he "Originally just got him just to have a sidekick and a best friend."

Now, all grown up, he's a certified narcotics detection dog.

The two work together to teach kids, parents, educators, and anyone who will listen, about drugs and the effect they have on the brain.

Officer Jones works at the Tulsa International Airport and used to work for both Catoosa and Broken Arrow Police Departments.

Tibo spent his career on an on-call basis helping different agencies, but recently had surgery on his tibia. Jones says it's time for his sidekick to retire.

But Tibo will be busy. They've got demonstrations lined up in Edmond, Eufaula, Oklahoma City, and Sallisaw.

Jones even had a lady from Iowa ask if he could come there to do a demonstration.

The pair will go to schools, churches, and homes. They don't need a lot of space, and they do it all for free.

Jones said it shouldn’t cost anyone a dime

To find out how you can see a free drug demonstration, and meet Tibo you can email Bryan Jones at K9tibo77@gmail.com.