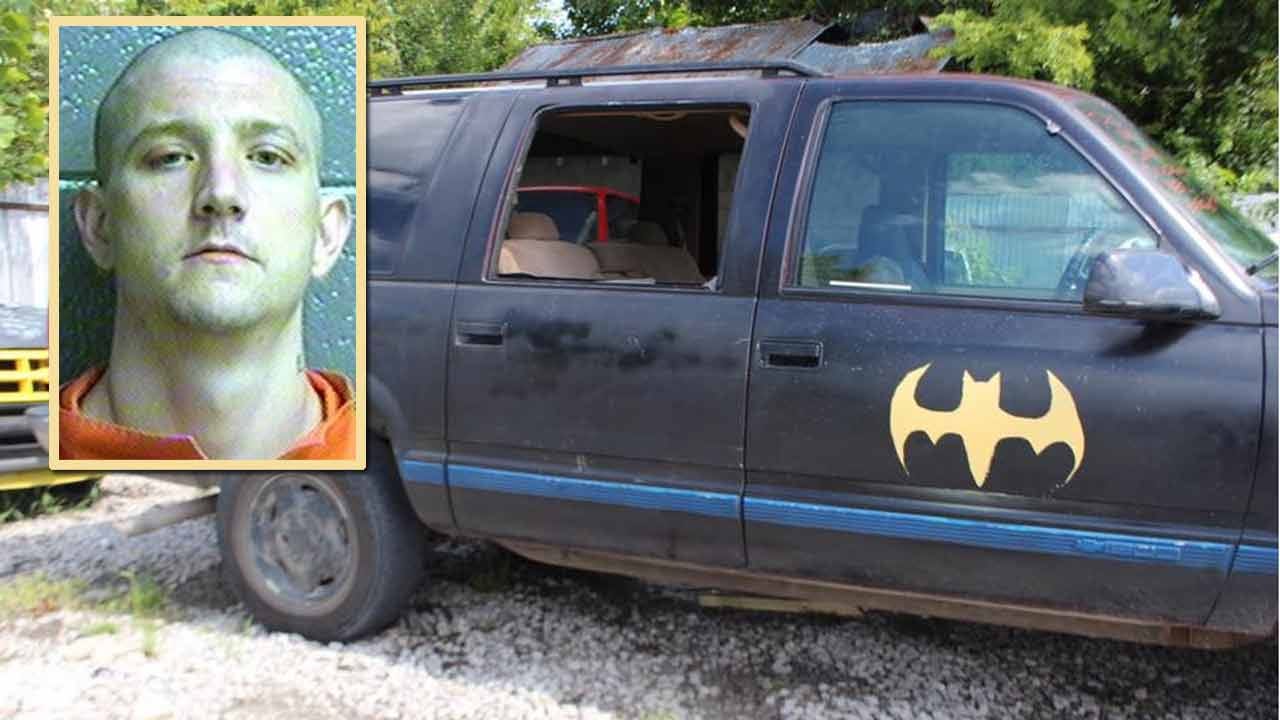 An Oklahoma Department of Corrections inmate is back in custody after being caught in a ‘Batmobile.’

According to the Rogers County Sheriff’s Office, two sergeants with the Criminal Investigations Unit were informed of a suspicious vehicle seen speeding from a known criminal hangout.

Witnesses described the vehicle as dark in color with the ‘Batman’ symbol on either side painted in bright florescent yellow.

The two sergeants responded to the area and found a vehicle matching the description speeding west on Highway 412 approaching the Will Rogers Turnpike, the sheriff’s office said.

Several law enforcement agencies worked together to stop the vehicle and found escaped DOC inmate Leslie Gene Hellard inside, according to the sheriff’s office.

Hellard was arrested and taken into custody.

*Editors note. The Rogers County Sheriff's Office provided an incorrect photo of Leslie Gene Hellard which was used in the original version of this story. It has been corrected.