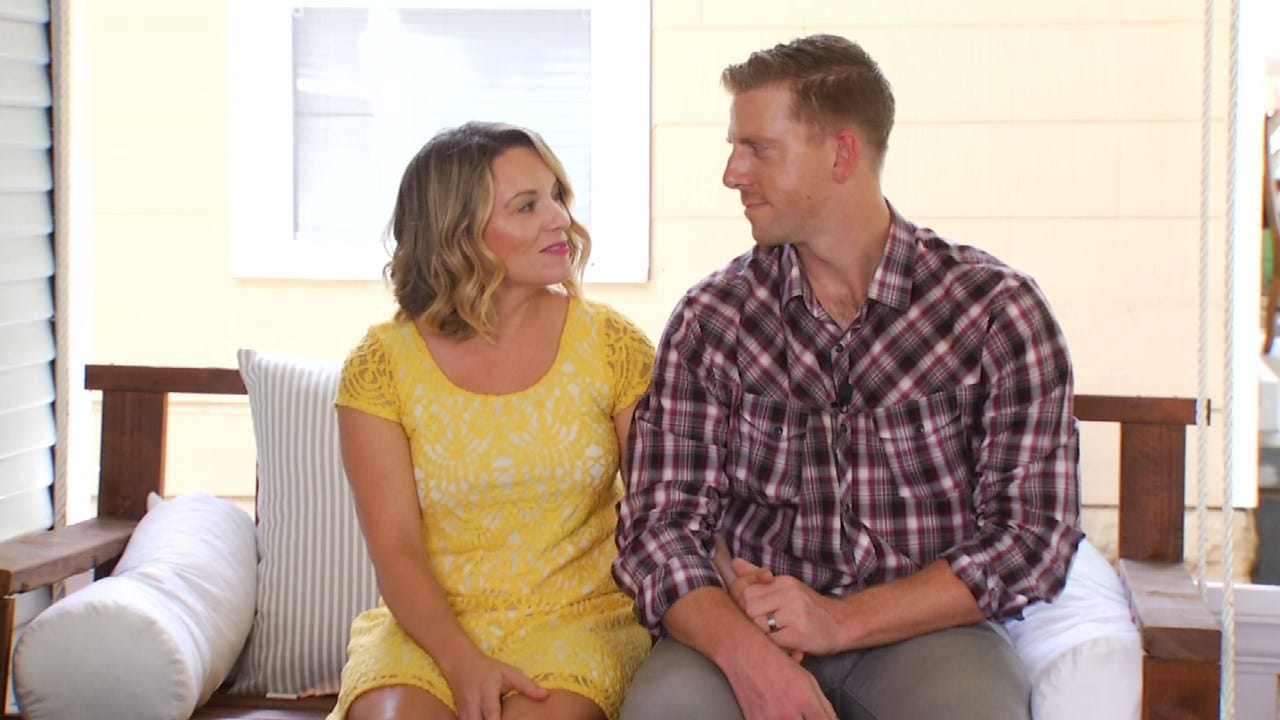 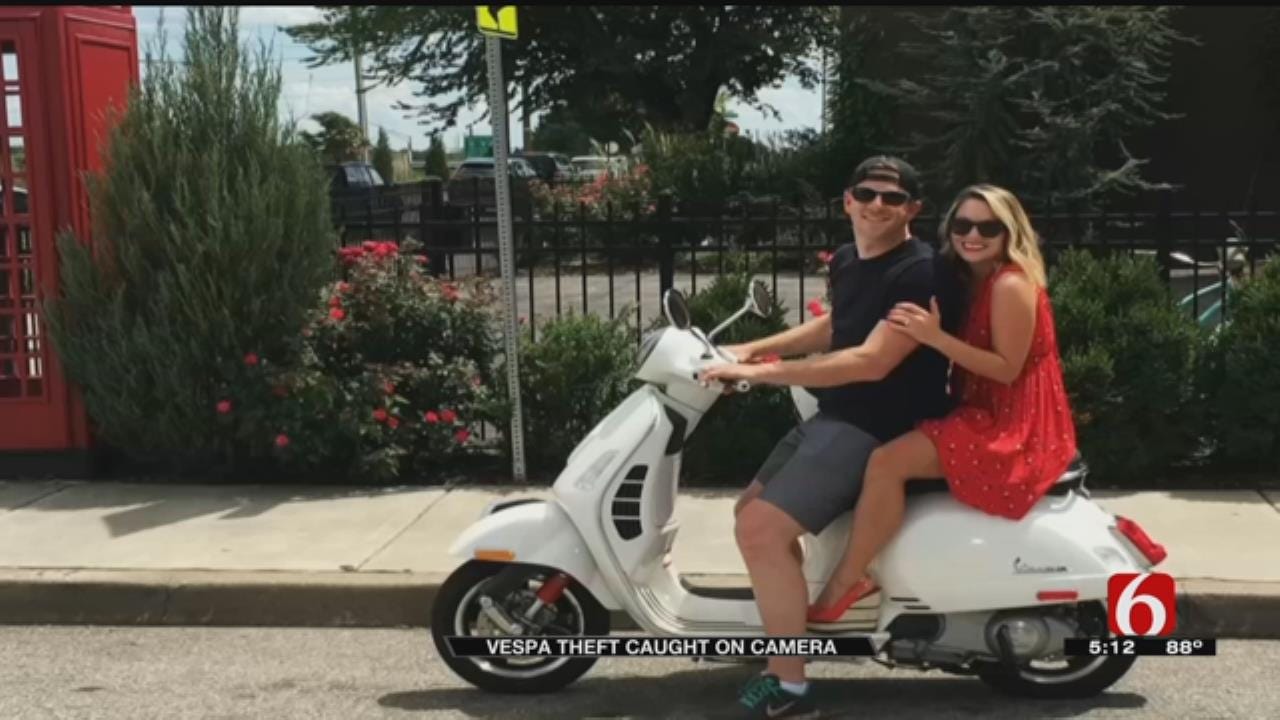 A Tulsa couple says someone stole something near and dear to them while they were out of town.

The couple says the scooter was more than a way of getting around town.

It was a symbol of their first year of marriage.

Rebecca and Jordan Gaines loved their honeymoon so much, they wanted to keep a piece of it with them.

"We rode Vespas on our honeymoon in Italy, we fell in love with them, so we got it because we had such a great time," said Rebecca Gaines.

Two months ago the newlyweds bought their own Vespa to relive that bliss here in Tulsa.

Together, they would ride it around town several times a week.

"You know, it was just something we loved to do. So it's very sad that somebody decided to take it." she said.

"Yeah, two months after we got it," Jordan Gaines said.

The couple returned home from vacation to find someone stole the $6,000 scooter from their detached garage.

Surveillance footage shows two people carrying the bike and taking it away in the back of a black pick-up truck.

Rebecca works downtown and says she often rode the Vespa to work.

But the Gaineses say it's not an issue of transportation.

It's that someone took something precious to them and their relationship.

"It's more of the invasion of privacy. Someone who's come on to your home, you work hard to make your home a home. And they've invaded that and made it feel like an unsafe space, that's tough."

If you know anything about the stolen Vespa or who took it, you're asked to call Tulsa police.