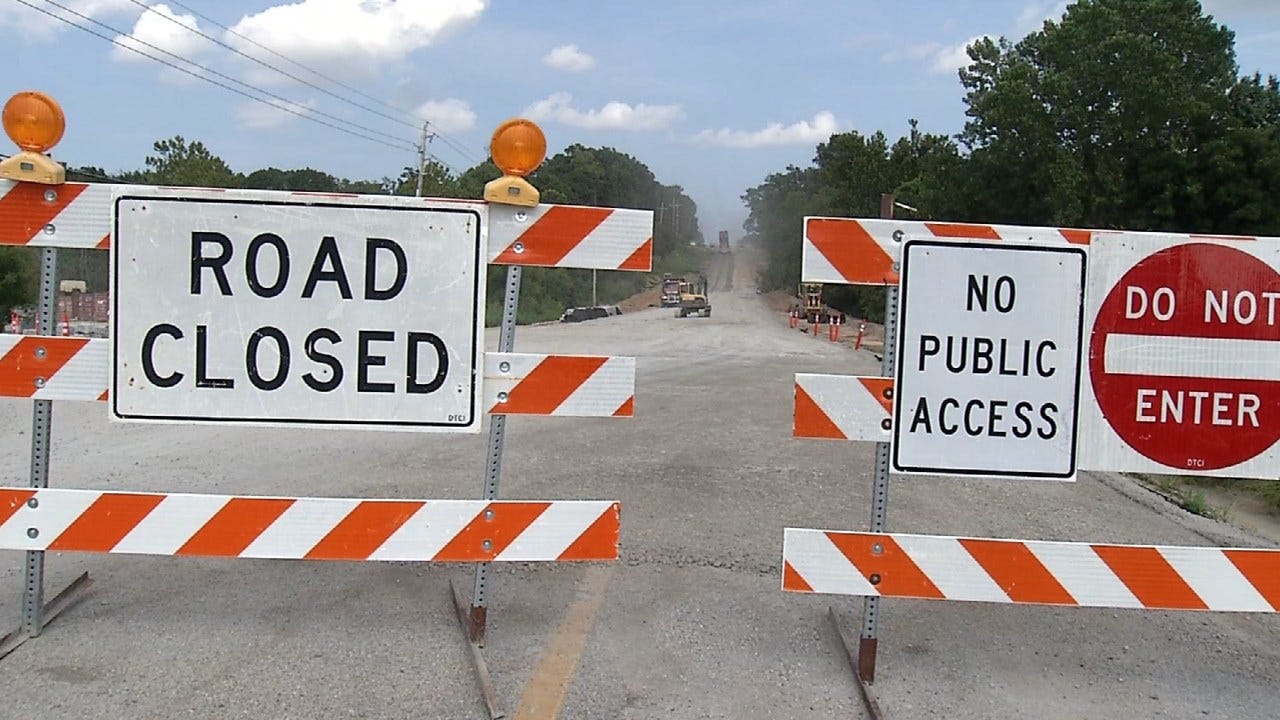 The City of Tulsa says an unexpected discovery is forcing them to change construction plans around Jenks Middle School.

The plan started out as a simple widening project, but it's now much bigger than they thought.

Drivers should be prepared for delays, all thanks to an old sewer line.

The plan was to widen 101st Street and add turn lanes.

That's still going to happen, but in the process, crews discovered an old and sagging, leaking sewer line 30 feet underground from the early 1900s.

It needs to be completely dug out and replaced.

"The old box had rotated and heaved, so some of the storm water was coming through the system and getting into the downstream creek, but a lot of it was staying under the road and wetting the foundation," said Paul Zachary, city engineer.

Zachary says there's not enough time to do all that before the start of school, which is in one week.

So for now crews will work on rebuilding the street from Yale to Florence, adding a left turn lane at Louisville, and a right turn lane into Jenks Middle School.

That means the stretch of 101st Street between Louisville and Florence will be one-way by the time school starts — westbound only.

Eastbound drivers will have to find detours, going all the way to either 91st, 121st or the Creek Turnpike.

From March to May drivers can enjoy two-way traffic with no interruptions.

But as soon as this school year ends, Louisville to Florence will close again to repair that old sewer line.

"I think we've come up with a solution that's going to be - it's going to make the best out of a really bad situation out there," Zachary said.