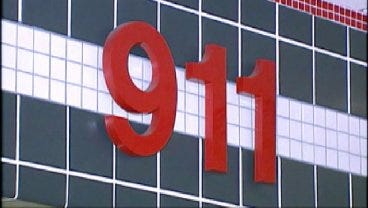 The McIntosh County E911 line was cut Thursday and temporarily lost some of its functions. Calls still went through, but callers had to give details like their locations as the "enhanced" locators weren't working.

It was restored to full functioning around 3:30 p.m.

The line was cut somewhere between Warner and Muskogee, News On 6 was told.

At approximately 10:30 a.m. a cable was cut between Muskogee and Eufaula. This At&T cable compromise has affected the 911 system in McIntosh County. All 911 calls are going directly to the administrative lines at the McIntosh County Sheriff's Office, Eufaula Police Department, or Checotah Police Department. AT&T has not given us a timeline yet on repair.

Because of the outage, we will not receive location or caller ID services when you call 911. Please be aware of the problem, and be ready to give detailed instructions of your location.

********UPDATE********
@ 1:52pm AT&T reported a fiber optic line cut between Muskogee and Warner. Eta of construction crews being on scene is less than an hour, and hopefully the line will be fixed quickly!!!!!