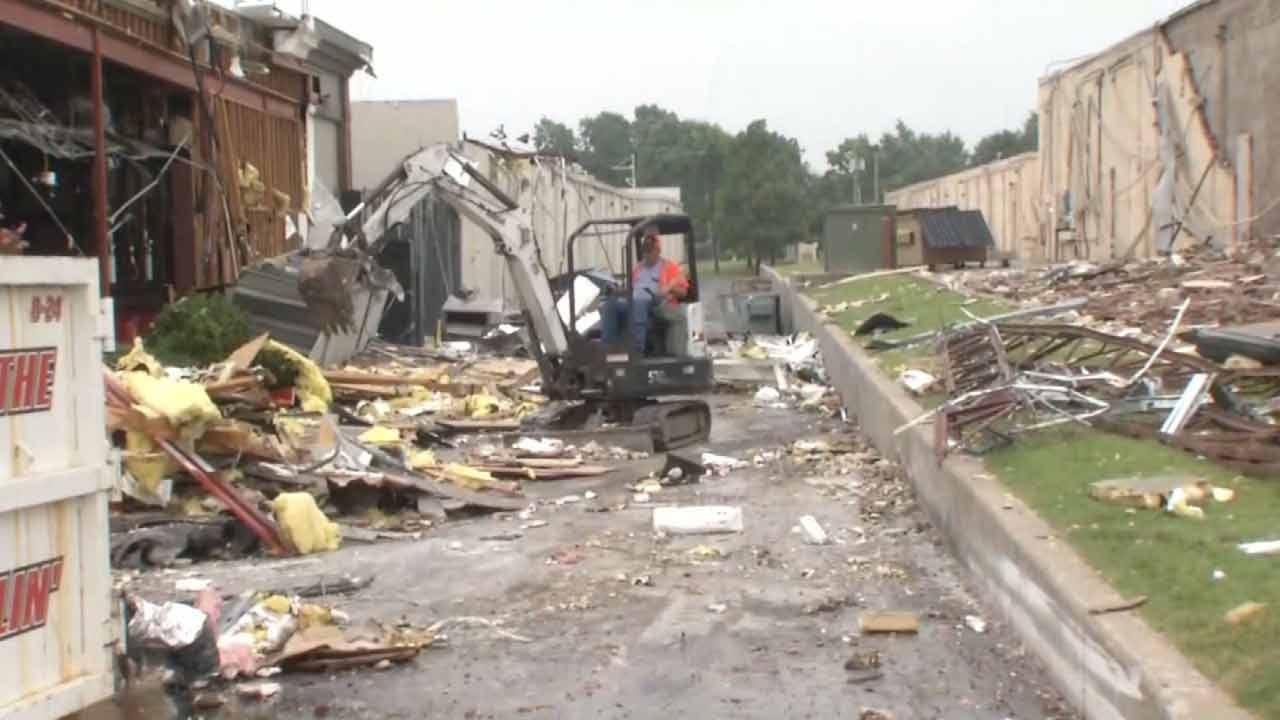 A big clean-up is underway after early Sunday morning tornadoes. The National Weather Service confirmed there were at least three.

The most serious was an EF2 tornado that spun up quickly near 41st and Yale at 1:19 a.m. Sunday morning and caused damage for six miles on into Broken Arrow.

Businesses along the stretch of 41st from Yale to I-44 were hit hard; the roof at Vintage Stock collapsed.

Several companies started the cleanup process, but with all the damage and debris, there's a lot to work to be done.

"I've seen lots of this over my years in this business,” said Roger Fisher, PCC Cleaning and Restoration owner.

The mayor and city council members walked through the rubble Monday as crews cleaned up piles of debris that littered midtown parking lots after the tornado blew through.

"You got people wanting to see damage and what's going on, so right now, we're cleaning that up to make it safe for anybody that might walk up,” Fisher explained.

Police are on the scene keeping people away until all of this gets picked up, and damage cleanup crews are meeting with business owners to find out their next steps.

"Are we gonna rebuild? Are we going to doze the facility?" are questions that must be considered according to Fisher.

PCC cleaning and restoration says they hope to have all their lots cleared by the end of the day Tuesday.