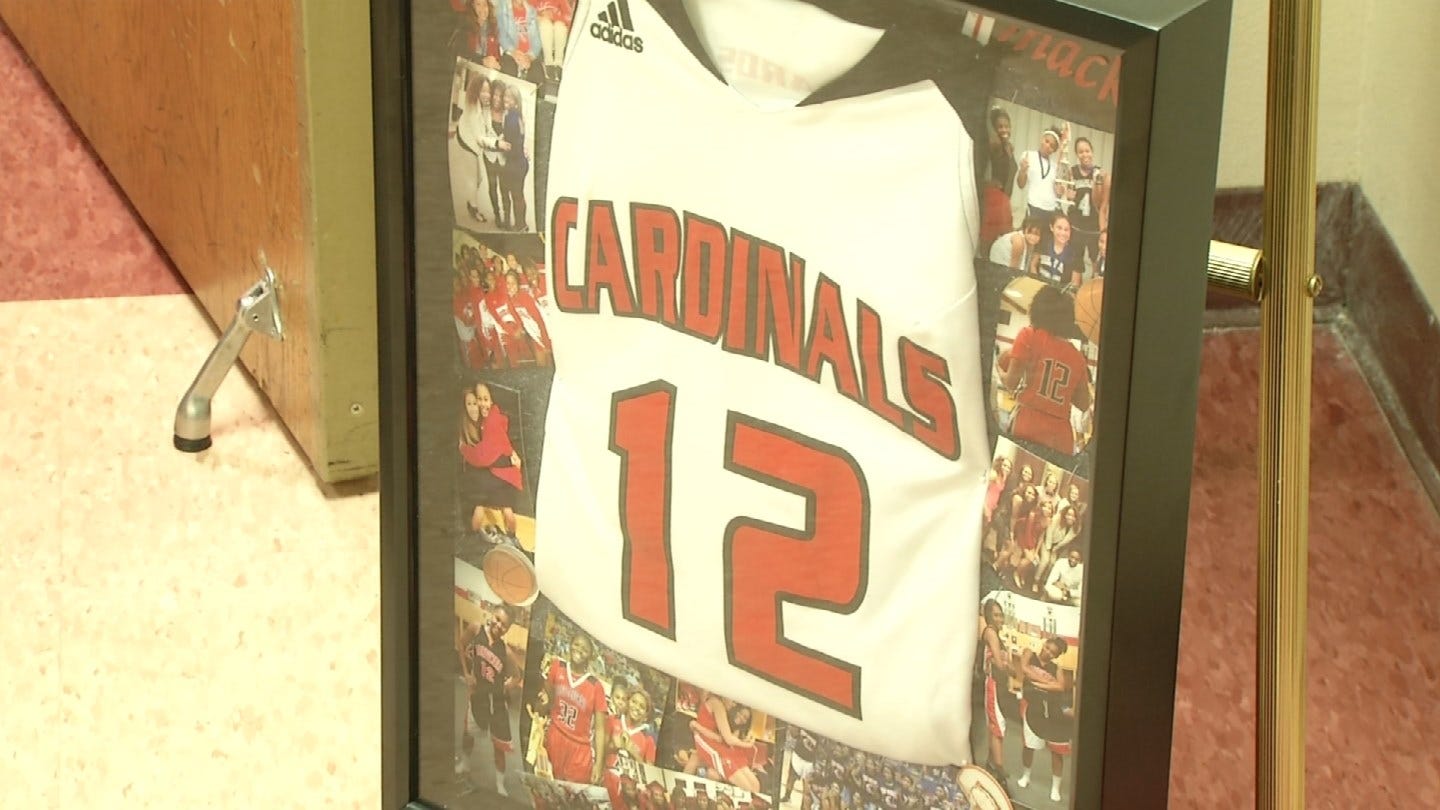 Hundreds pack inside a church for Chantel Mack's funeral today.

She is one of two victims shot earlier this month at Crawford Park and police have not made any arrests yet.

As friends, family and strangers quietly walked into Antioch Baptist Church, they filled the sanctuary. So full, people stood in the hallway.

"All the people here and people still standing in the door wanting to get in. She touched a lot of hearts," said Samy Mack, Chantel's cousin.

Samy Mack was not only Chantel's cousin, she was her basketball coach at East Central High School.

"Chantel was tough as nails. There wasn't anything that she wasn't afraid to do on the court," said Mack.

Others knew her as a friend and the mother of her two young boys.

"A good person, a good spirit, a smiling person, a person full of life," said Dorian Hill, a family friend.

Tulsa police say someone shot and killed her and Michael Daniels during a softball game on July 9.

"I think there's more information to be had," said Sgt. Dave Walker of Tulsa PD.

Sgt. Dave Walker says police have interviewed about a dozen people, but only one or two are giving good information.

He says there were likely between six and twelve different shooters that day, just one reason the case is challenging.

While police work to figure out who shot Chantel, family friend Dorian Hill and hundreds of others are focusing on honoring her life.

"This is beautiful to see an outpour of love."