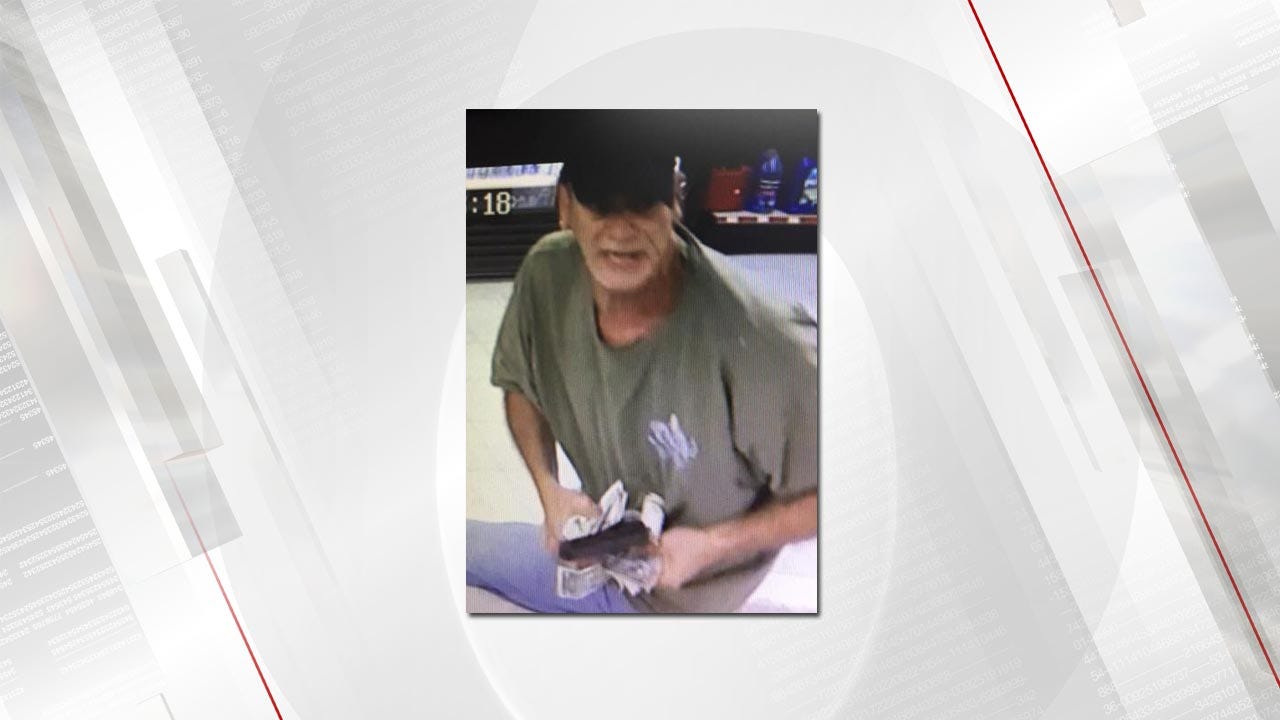 Sand Springs Police hope the public can help them locate a man they say robbed a convenience store.

According to the SSPD Facebook page, the old Sav-A-Trip, now R&P One Stop at Broadway and Lincoln was robbed just after 9 p.m. Wednesday.

Police said the man was armed with a black handgun.