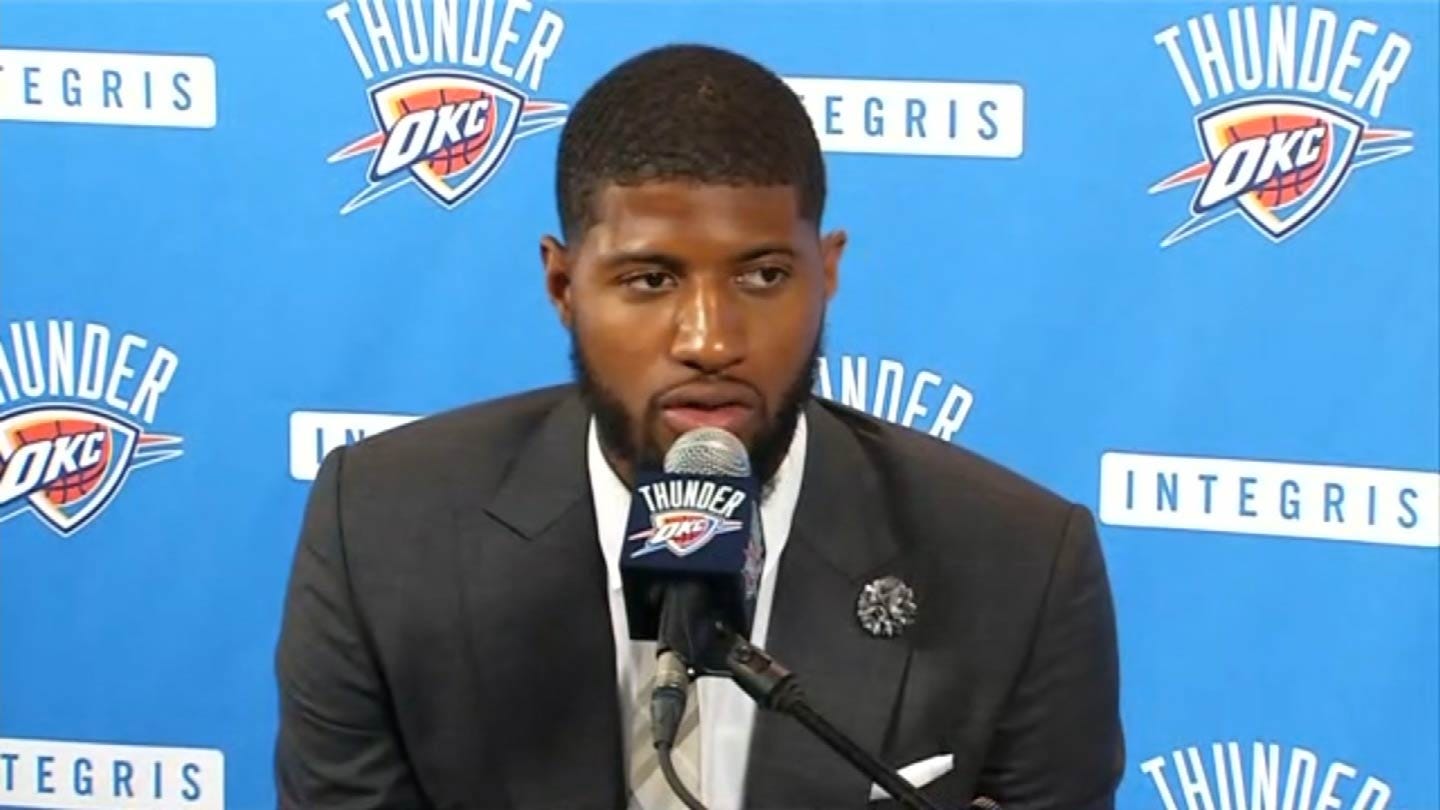 Early in the presser, he said he looks forward to challenging Russell Westbrook’s style, joking that he’s the new fashion king in OKC.

George went on to discuss playing with Westbrook, his expectations, his future with the Thunder and more.

Here's some of what he had to say.

On his arrival to the state:

“It was love as soon as I stepped off the plane.”

On how Westbrook’s decision to sign extension will affect him:

“We’ll both have to address this offseason. Hopefully, we can address it together, you know, that we enjoyed this process and enjoyed, you know, what we’ve built to want to make decisions based off one another.”

“He’s fiery, he has an edge, he reminds me of myself on the perimeter." He stated they’ll be good together.

When asked what he’ll mesh with Westbrook, he said he’ll space the floor and be a knockdown shooter for him. He added that Westbrook will no longer have to “shoulder the load.”

On Westbrook and KD’s relationship:

“What he and Russ had, from my understanding, was nothing major. You know, guys and brothers, necessarily, you fight. This is a job where, you know, you want the best out of everybody, and then, you gon' bump heads. That’s as far as I know and as far as I care to know about their relationship.”

“We can be pretty special, having a guy like Russ at the point position who’s night in and night out gonna have a mismatch, as well as a defensive minded guy in Roberson and one of the best young defensive bigs in Adams alongside with myself out there. We can be really special defensively. But I’m gonna add on the fast pace, the fun, the quick, high energy, fast tempo team that’s always been here, you know, just adding on into it.”

On his present and future with the Thunder:

“A fresh start and a chance to do something special is really the first thing that comes to mind. You know, I’m not looking past 2017-2018. We haven’t accomplished anything yet, so, you know, when it comes to that, when I get there, we’ll address that. But right now, me and Russ have something to build now, and you know, we’ll see where it takes us. It could be something that’s special that we build and want to keep continue on building, so we’ll wait to get to that.”