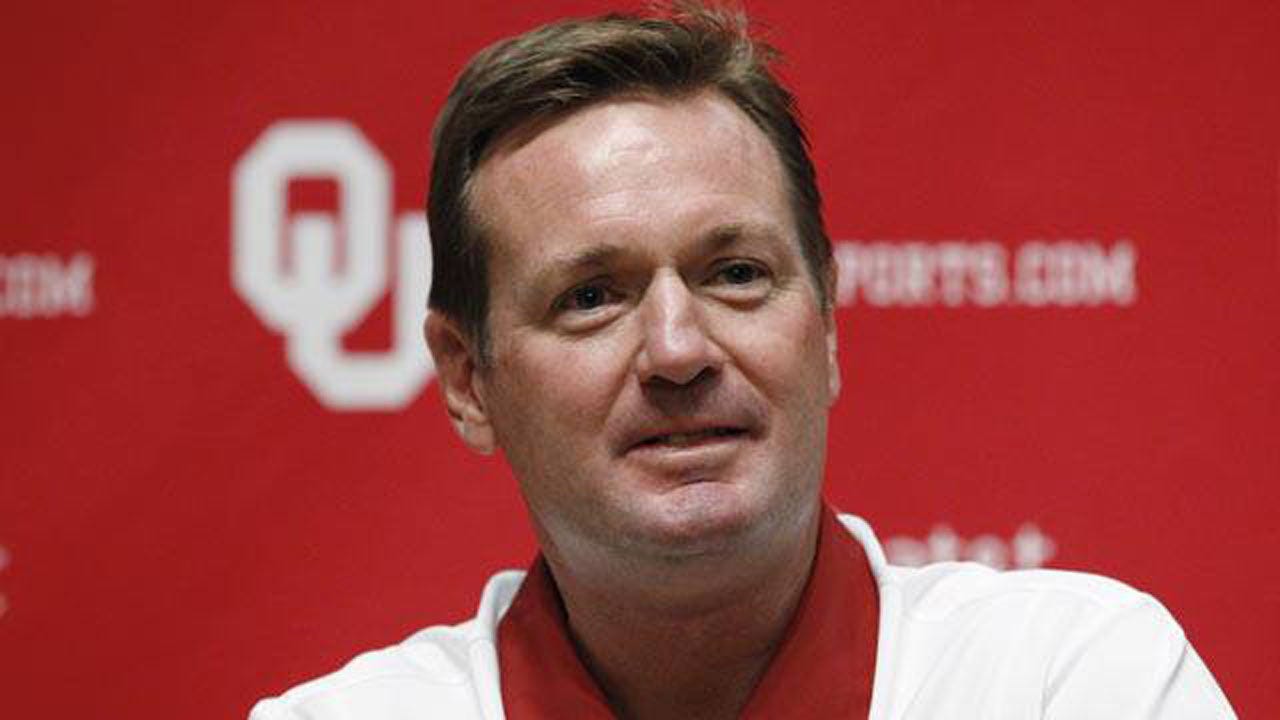 University of Oklahoma President David Boren and Vice President and Athletics Director Joe Castiglione announced jointly today that Bob Stoops is retiring as the head football coach after 18 years at OU. He will be succeeded by current offensive coordinator Lincoln Riley. Stoops will remain as special assistant to the athletics director.

Stoops, owner of the most wins in Oklahoma football history and engineer of 10 Big 12 Conference titles and the 2000 national championship, said now is the appropriate time to conclude his illustrious run in Norman.

Stoops, who owns a 190-48 (.798) record at OU and coached the Sooners to a school-record 18 consecutive bowl berths, is the only coach to win the Fiesta Bowl, Orange Bowl, Rose Bowl, Sugar Bowl and the national championship. He accumulated more victories over his first 18 seasons than any coach in the game's history.

The Youngstown, Ohio, native also guided the Sooners to the most wins of any Power 5 program over the last 18 years. Among those programs, only Ohio State can claim a better winning percentage during the span.

Stoops, 56, led the Sooners to double-digit wins in 14 of his 18 seasons - the most of any FBS coach since 2000 - and to at least eight victories in each of the last 17 campaigns, good for the longest active streak in the nation. Seven of his squads finished in the AP top five, including each of the last two, while three more finished No. 6.

Earning the moniker "Big-Game Bob" early in his OU tenure, Stoops' penchant for knocking off quality opponents was reflected in his 60-30 record against AP Top 25 opponents. OU's .667 winning percentage in such contests is the best in the country over the last 18 years and the win total is tied with LSU for second behind Alabama (65).

After going 7-5 in 1999 in his debut year in Norman, Stoops promptly directed OU to its seventh national title by going 13-0 and beating Florida State 13-2 in the Orange Bowl. The Sooners played in three more BCS National Championship Games under Stoops and made the four-team College Football Playoff in 2015. They spent 30 weeks in the AP poll's No. 1 spot and were atop the BCS standings for a nation-leading 20 weeks. OU's 123 top-five appearances in the AP poll the last 18 years are second only to Alabama's 129.

The Sooners' Big 12 supremacy under Stoops in unrivaled. Oklahoma has amassed 10 league titles over the last 18 years while no other Big 12 program has won more than two during the stretch. OU posted a 121-29 (.807) regular season league record under Stoops, easily outdistancing the second- and third-best marks (Texas, .693; Kansas State, .560).

OU's home performance under Stoops has been nothing short of incredible. The Sooners are 101-9 record at Gaylord Family - Oklahoma Memorial Stadium, with all 110 of those games sellouts. The .918 home winning percentage is the best among Power 5 programs over the last 18 years (Ohio State is second at .882).

Riley, 33, takes over the Sooners' reins as the program's 22nd head coach. He has spent the previous two seasons as Oklahoma's offensive coordinator and quarterbacks coach, presiding over one of the nation's most powerful offenses.

In 2016, OU led the nation in passing efficiency rating (mark of 193.79 set an FBS record) and pass completion percentage (.706), and ranked second in total offense (554.8 ypg), third in scoring offense (43.9 ppg) and third down conversion percentage (.515). Quarterback Baker Mayfield and wide receiver Dede Westbrook finished third and fourth in Heisman Trophy voting, while Westbrook was a unanimous All-American and OU's first recipient of the Biletnikoff Award as the nation's outstanding receiver. Only one team in OU history (7.6 in 1971) averaged more yards per play than the Sooners' 7.5 in 2016.

Riley was named the recipient of the 2015 Broyles Award as the nation's top assistant coach following his first season in Norman. The offense ranked fourth nationally in scoring (43.5 ppg) and seventh in total offense (530.2 ypg). Mayfield was named the Sporting News National Player of the Year, while Westbrook was Big 12 Offensive Newcomer of the Year. Eight offensive players earned all-league honors.

Over the past two seasons with Riley as offensive coordinator, the Sooners have the highest quarterback rating in the country with a combined mark of 179.8.

Riley came to Oklahoma after five seasons at East Carolina where he held titles of assistant head coach/offensive coordinator/quarterbacks coach (2014) and offensive coordinator/quarterbacks coach (2010-13). The Pirates set more than 50 team or individual school offensive records in his five seasons with the program. His five squads recorded the top five passing seasons in school history and the top four positions for total offense in a season.

Prior to East Carolina, Riley spent seven seasons at his alma mater, Texas Tech, where he was part of seven bowl teams and five bowl wins. During that span, Red Raiders quarterbacks won NCAA passing titles in 2003, 2004, 2005 and 2007. After serving as a student assistant from 2003-05, he was promoted to offensive assistant in 2006 and wide receivers coach in 2007. He moved to coaching inside receivers in 2008 and 2009 and called plays for Texas Tech as interim coordinator in the 2010 Alamo Bowl.

“After 18 years at the University of Oklahoma, I've decided to step down as the head football coach. I understand there has been some speculation about my health. My health was not the deciding factor in this decision and I've had no incidents that would prevent me from coaching. I feel the timing is perfect to hand over the reins. The program is in tremendous shape. We have outstanding players and coaches and are poised to make another run at a Big 12 and national championship. We have new state-of-the-art facilities and a great start on next year's recruiting class. The time is now because Lincoln Riley will provide a seamless transition as the new head coach, capitalizing on an excellent staff that is already in place and providing familiarity and confidence for our players. Now is simply the ideal time for me and our program to make this transition.

“The Bible says, "To everything there is a season, and a time to every purpose under the heaven." I'm grateful for this season of my life, and feel I've fulfilled my purpose here at OU as its head football coach.

“I'm thankful that my career at Oklahoma was marked with consistent leadership in President David Boren and Director of Athletics Joe Castiglione. It's extremely rare in college athletics to have no change in these leadership positions over a nearly 20-year span. I always appreciated the way both of them supported me and our program. They both played an enormous role in all our successes.

“I have been very fortunate to have such outstanding coaches in my time at OU. Our players have always benefitted from their strong leadership, on and off the field. I was also blessed with a strong support staff — strength and conditioning, equipment, sports medicine, academics, video — every aspect of our program was staffed with very talented people who took a great deal of pride in making Oklahoma football the best.

“I'm especially thankful for being able to coach so many talented young men over my 18 years here. It has been so rewarding to see these players come to OU and mature over a four or five-year career, and not just on the field. To play a small part in their growth is what I will always cherish the most.

None of my success would have happened without the best fans in the country. I can't tell you how much I appreciated the 110 consecutive home sellouts. The passion of our fan base is unmatched, and their support has played a huge role in not only home games, but road games and all 18 of our bowl games, as well.

“Lastly, I'd like to thank my wife, Carol, and my daughter, Mackie, and my sons, Drake and Isaac. They have been a major part of this success. Being the wife or child of a coach is often tough, and they've all been strong through both good times and challenging times.

“The coaching life is like a relay race and I'm thankful for my turn and am confident as I pass the baton. Carol and I intend on staying in Norman — it is our home. I will be available to Coach Riley and the athletic department in any manner. Thank you all for a lifetime of memories we shared together of 10 conference championships, the 2000 national championship, strong relationships with players and coaches, and the great Oklahoma football fans. Boomer!”