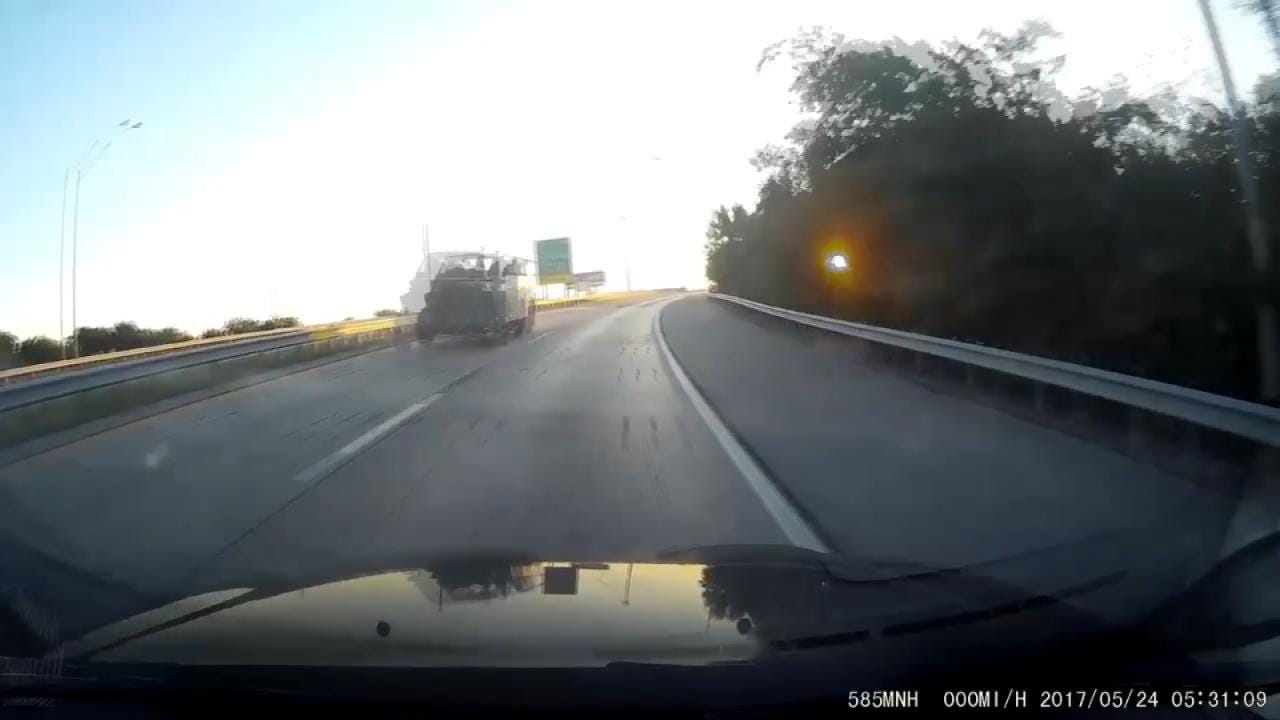 News On 6 found a video posted to YouTube Wednesday showing a stolen ONG truck going the wrong way on Highway 75 just prior to a fatal crash.

The person who posted the video states the truck passed him on the left as he headed north.

He said he didn't see the truck until it had passed him, adding that most of the time he drives in the the left lane because he is running late to work and is passing traffic. He said traffic was light Wednesday morning so he was in the right lane.

Oklahoma Highway Patrol has arrested a 24-year-old man named Jerry Newman in the fatal crash. Newman, who has a criminal history in Oklahoma, is suspected of stealing the ONG truck and crashing into 23-year-old William Bruckman, killing him.