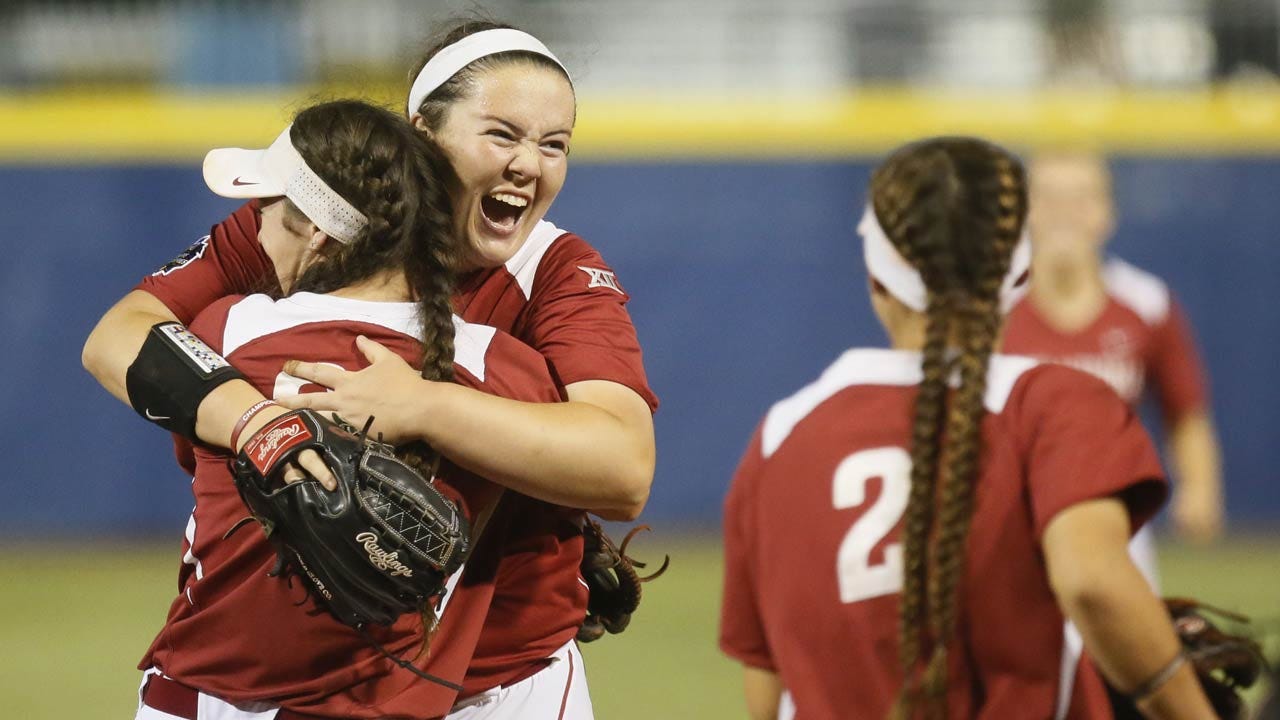 After winning a sixth straight Big 12 regular season title, the No. 6 Oklahoma softball team was rewarded for its efforts by taking home four of the five individual awards from the league on Wednesday and placing all eight nominees on the all-conference teams.

Knighten was named Big 12 Player of the Year to become the fourth sophomore in league history to win the award. It marks the third year in a row, the fifth time in the last six years and the seventh time in the last nine years that a Sooner has won the award. Knighten is the 10th different Sooner to be Big 12 Player of the Year and her win marks the 12th such honor in program annals.

The Buena Park, Calif., native was the top hitter during conference play as she had twice as many home runs as any other player (8), nine more RBI than anyone else (27), 18 more total bases than the next closest player (54) and a slugging percentage 230 points higher than second place (.885). She also tied for the league lead in runs with Mendes (21), was third in batting average (.443) and hits (27) and fifth in on-base percentage (.493).

Parker was literally unbeatable in league action. She went 8-0 with three complete games and one shutout and led the conference with a 0.86 earned run average and opponents' batting average of .142. In 49.0 Big 12 innings, Parker struck out 67 and walked just 10.

Gasso was chosen as the Big 12 Coach of the Year for the 10th time in her career as she guided OU to an unprecedented sixth consecutive league crown with a 17-1 record that tied for the best conference win percentage in team history. She has won the award in each of the last six seasons, while no other coach in the history of the league has even won the honor more than three times.

Knighten, Mendes and Parker were each named to the All-Big 12 First Team along with junior Paige Lowary, while junior Nicole Pendley and sophomores Fale Aviu, Caleigh Clifton and Sydney Romero were all placed on the All-Big 12 Second Team for the second year in a row.

Mendes was joined on the All-Big 12 Freshman Team by OU pitcher Mariah Lopez.

The No. 1 seed in the 2017 Big 12 I Softball Championship, Oklahoma faces Texas and Texas Tech Friday in Oklahoma City.