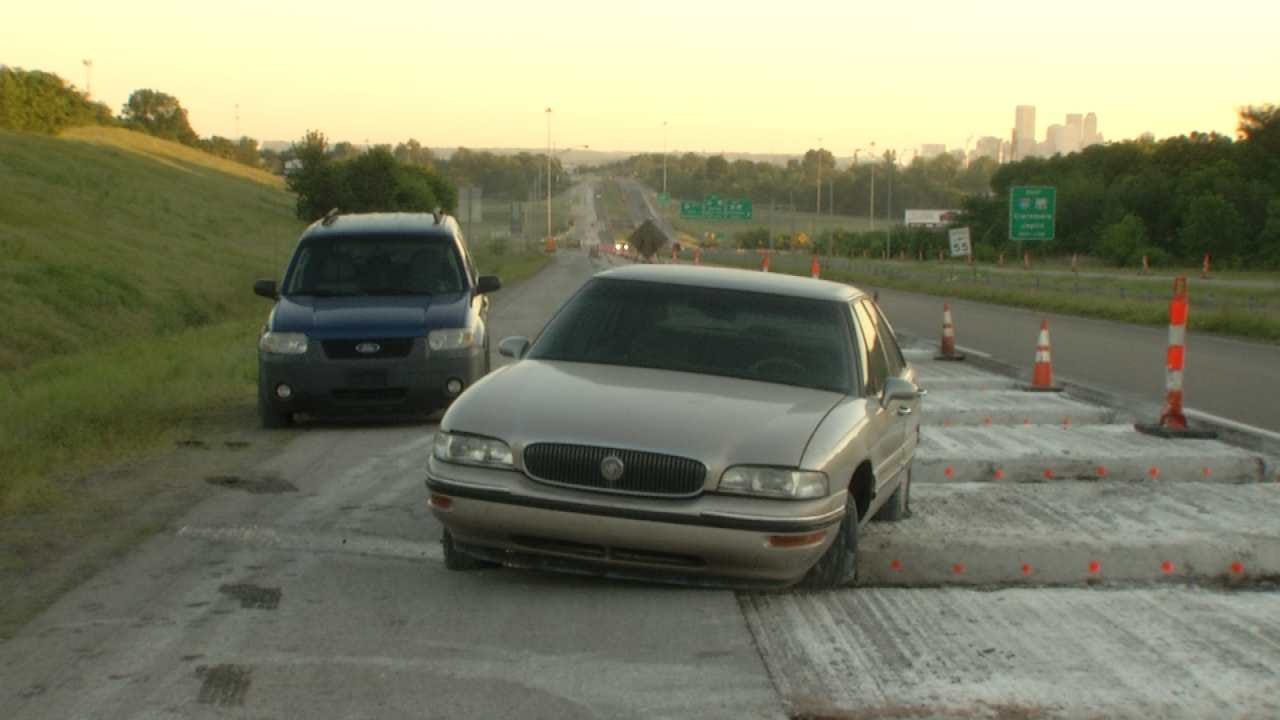 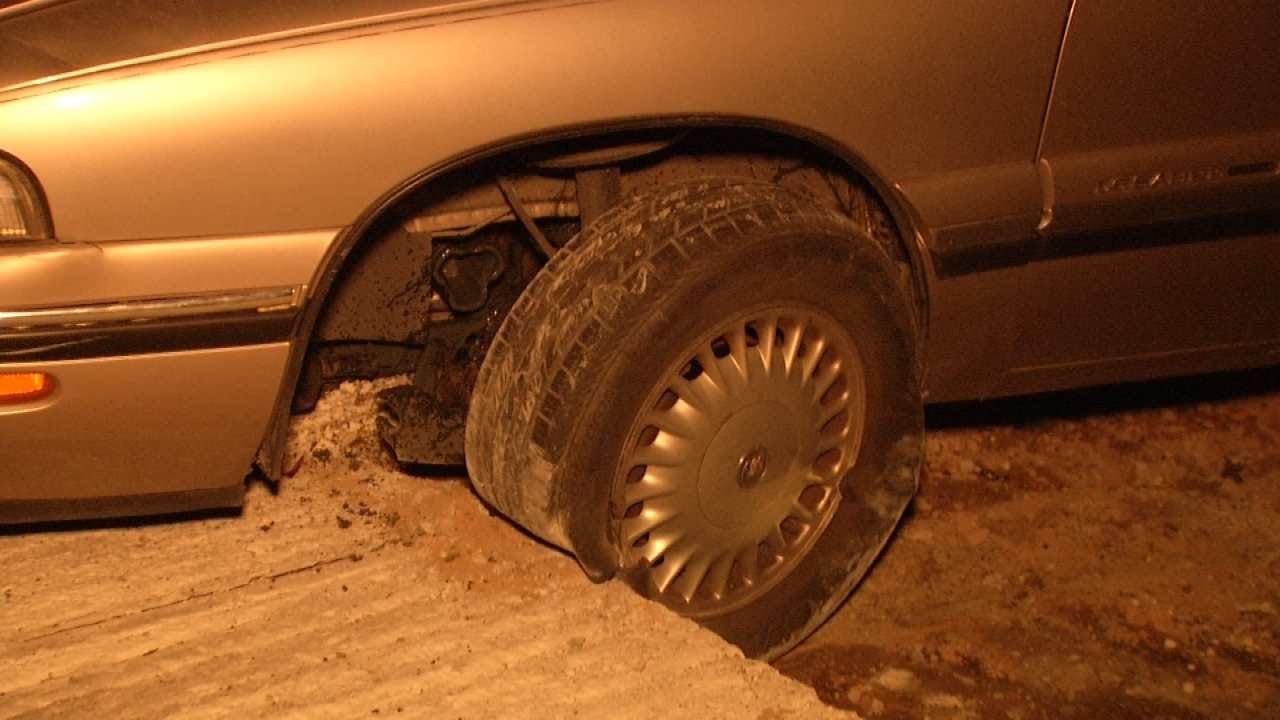 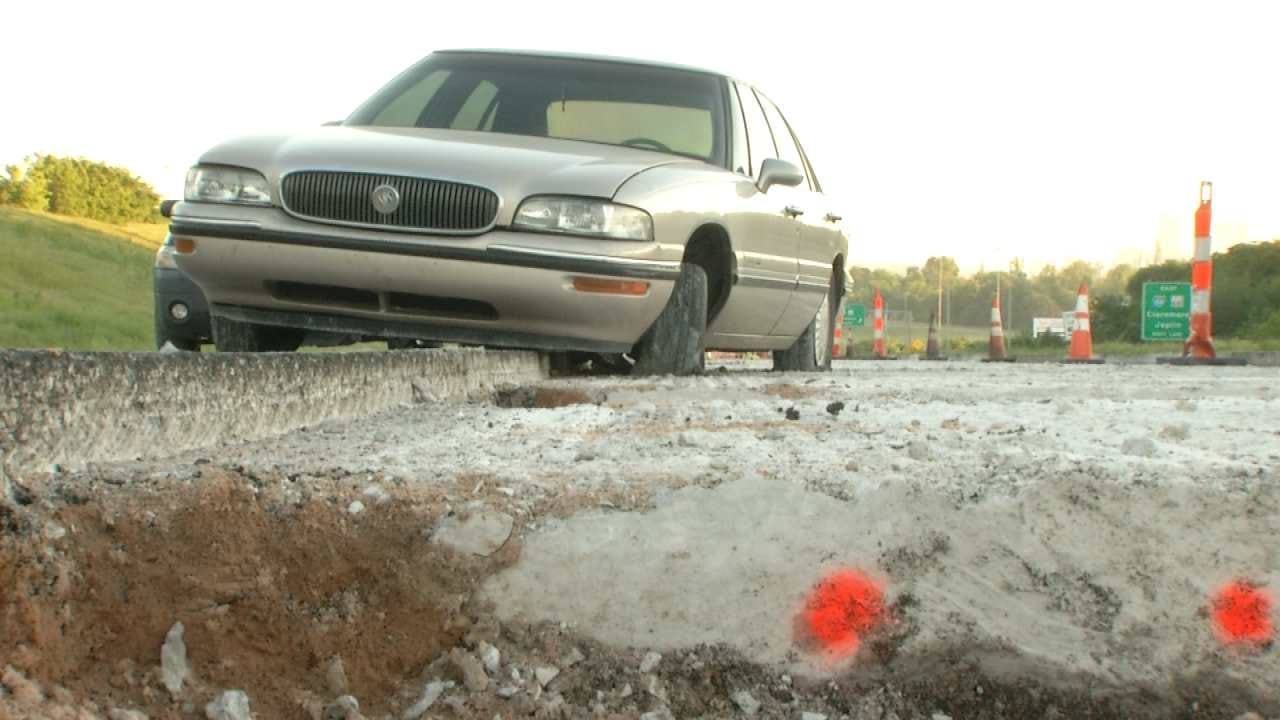 Three Tulsa drivers drove into a construction zone on Highway 75 early Sunday morning without realizing it.

The drivers were attempting to exit Highway 75 at the 61st Street exit but slammed into divots in the construction zone instead. Police said some orange construction cones were missing from the area.

Two cars and a Jeep had to be towed after they crashed into the divots.

"They exited the highway 75 and ran into some of these divots that they've made for repairing the road and they busted tires and they've also had some airbags deploy," said TPD Officer James Pyatt.

No one was hurt and the cones have been replaced, but drivers should remain aware of that spot along highway 75.