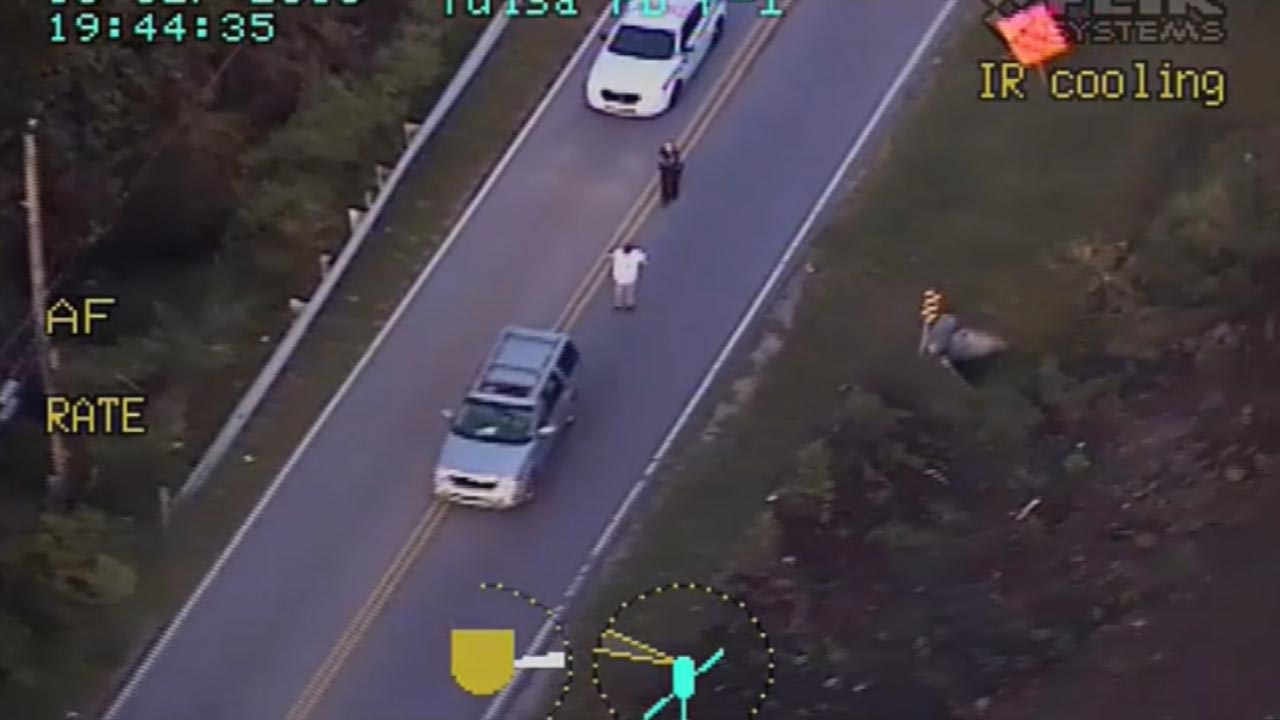 Toxicology tests on the body of Terence Crutcher show he had PCP in his system on September 16, 2016, the day he was shot and killed by Tulsa Police Officer Betty Shelby.

Shelby is charged with manslaughter in his death.

Crutcher's SUV was parked in the middle of the road when Shelby was responding to another call, records show. Police said the officer saw the vehicle, which witnesses say had its doors open, while en route to another call.

A witness told a 911 dispatcher that when she saw Crutcher by the vehicle, he was saying his car was going to blow up, and she thought he was "smoking something."

According to the pathologic diagnoses in the Medical Examiner's report, Crutcher had a gunshot wound to his chest which caused numerous injuries and was the cause of his death. The ME's report said the manner of death was a homicide.

The positive results could help Shelby's defense in that she said she perceived Crutcher to be a threat to her safety.

Shelby's attorney, Shannon McMurray said, "I felt confident then, and I feel confident now, as the investigation unfolds and the evidence continues to be released it will reveal and support that Officer Shelby was justified in her use of force.”

McMurray said her client was correct when recognizing Crutcher was intoxicated, and that was a piece of the puzzle leading her to feel scared.

"She recognized in her mind that he was possibly high on PCP, and that is the beginning of what caused her concern and heightened her alert," McMurray said. “It collaborates that Officer Shelby, as the drug recognition expert, was correct in her assessment.”

The attorneys for the Crutcher family released a statement Tuesday saying:

"The medical examiner's report of PCP in Terence Crutcher's system is unfortunate. However, today's toxicology report does not change the most pertinent facts of this tragedy: Officer Betty Shelby shot and killed Terence Crutcher who was, unarmed and had his hands up, without provocation or justification and she should be held accountable for her unlawful actions.

"Furthermore, Terence was so much more than this issue, including being a devoted father, a college student, and a great gospel singer, and was working hard to better his life and the life of his beloved children when he was gunned down on his way home from class.

"Lastly, please continue to pray for the Crutcher family as they seek peace, understanding, and justice in the wake of Terence's untimely death."

The attorneys for Frenchell Johnson, the mother of Crutcher's children, released a statement saying, in part, "According to the ME, Terence Crutcher died from a gunshot wound to the chest. The manner of death was "homicide." We all knew this. Moreover, we believe, and apparently the District Attorney agrees, that Officer Betty Shelby's use of deadly force was objectively unreasonable."

You can read the full statement below.

The ACLU of Oklahoma put out a statement calling the ME’s findings about PCP to be irrelevant to the case, saying they also don’t indicate if Crutcher was under the influence at the time of his death.

District attorney, Steve Kunzweiler, also released a statement saying, "My analysis of the case contemplated and anticipated that Mr. Crutcher would have a positive test result for some type of substance in his system to include PCP."

The ME's report also says Crutcher had preexisting health problems including obesity, including cardiomegaly and cholesterolosis.