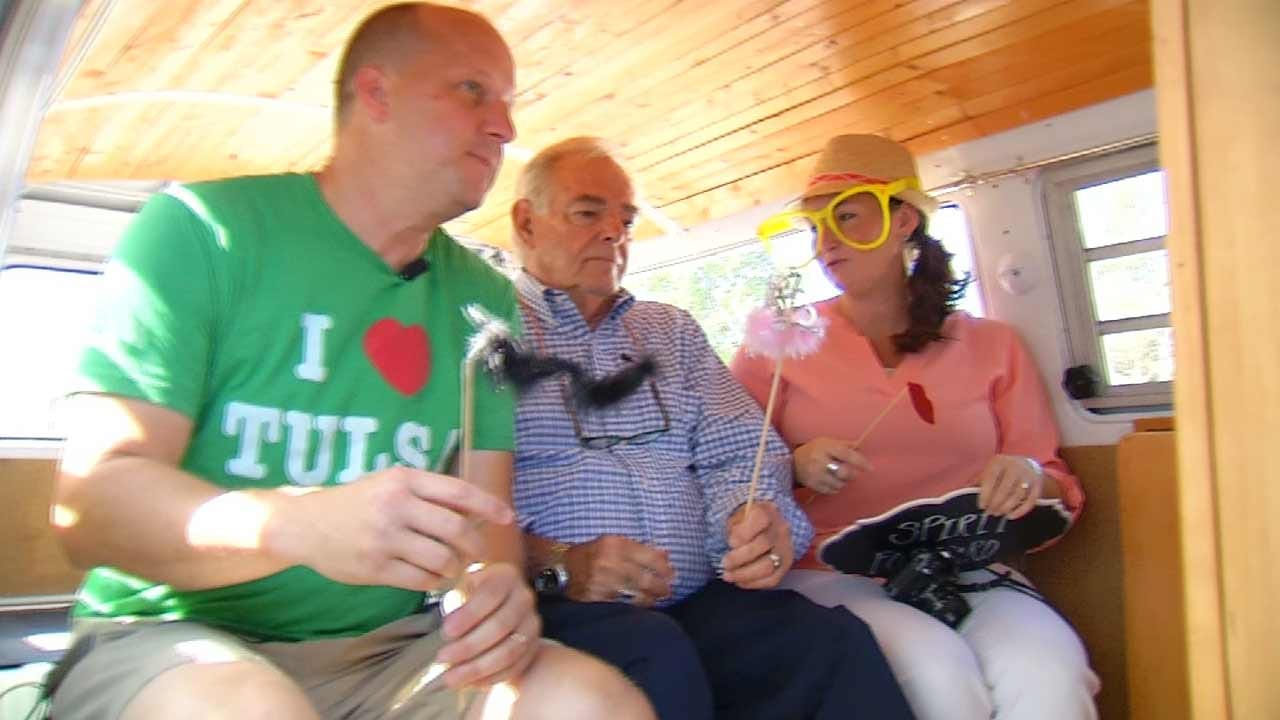 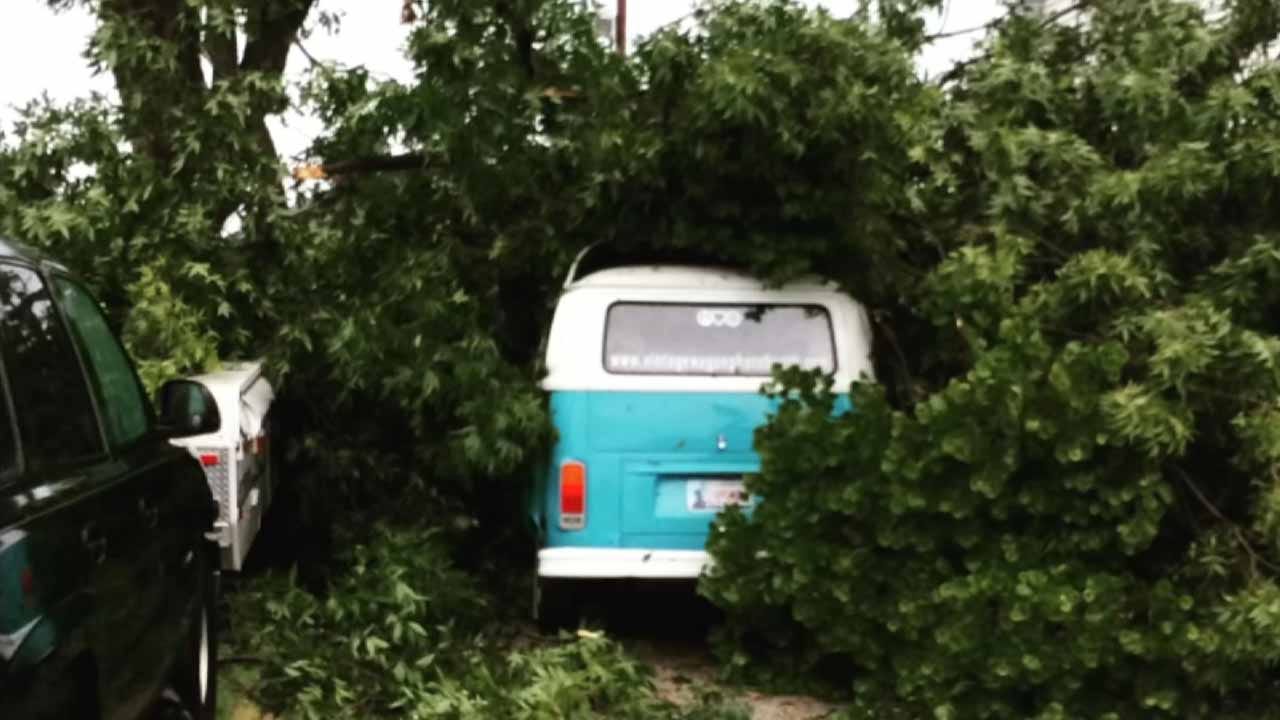 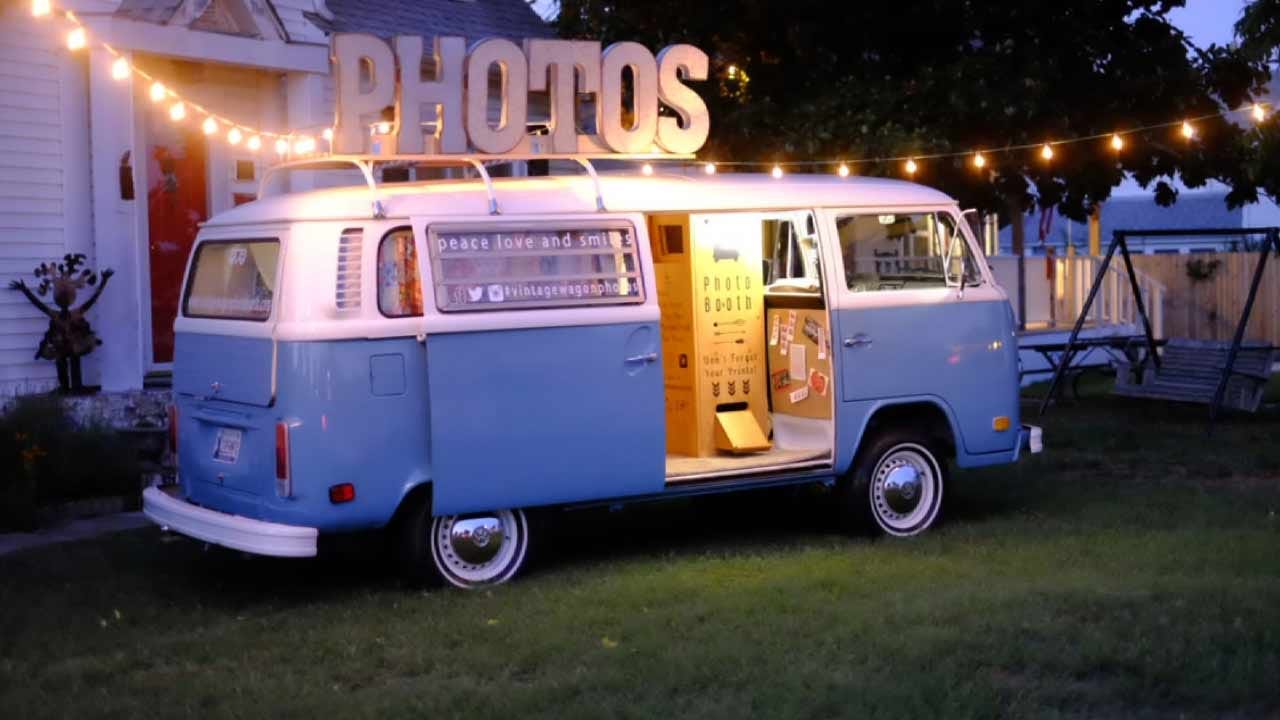 Clay Peevyhouse has converted a 1973 VW Bus into a mobile photo booth.

Clay was laid off from a local oil company earlier this year, so he and wife, Holly, decided to convert the '73 VW camper bus into a mobile photo booth.

Holly said, "Why not? Oklahoma doesn't have one, Tulsa has no idea. They are really hot on the east and west coast."

The business is rolling along, then, a couple of Thursday's ago a storm created some chaos.

A couple of tree limbs had buried it.

The bus survived all right - a shattered windshield, a dent on the roof and some other bumps and bruises - but the insurance company wants to total it, which seems ridiculous, nothing inside was damaged.

Clay said, "It still functions on the business side - the door opens and it drives."

Most importantly, it still produces smiles.

Despite their battle with the insurance company, the Vintage Wagon Photo Booth is still open for business. You can find more information here.