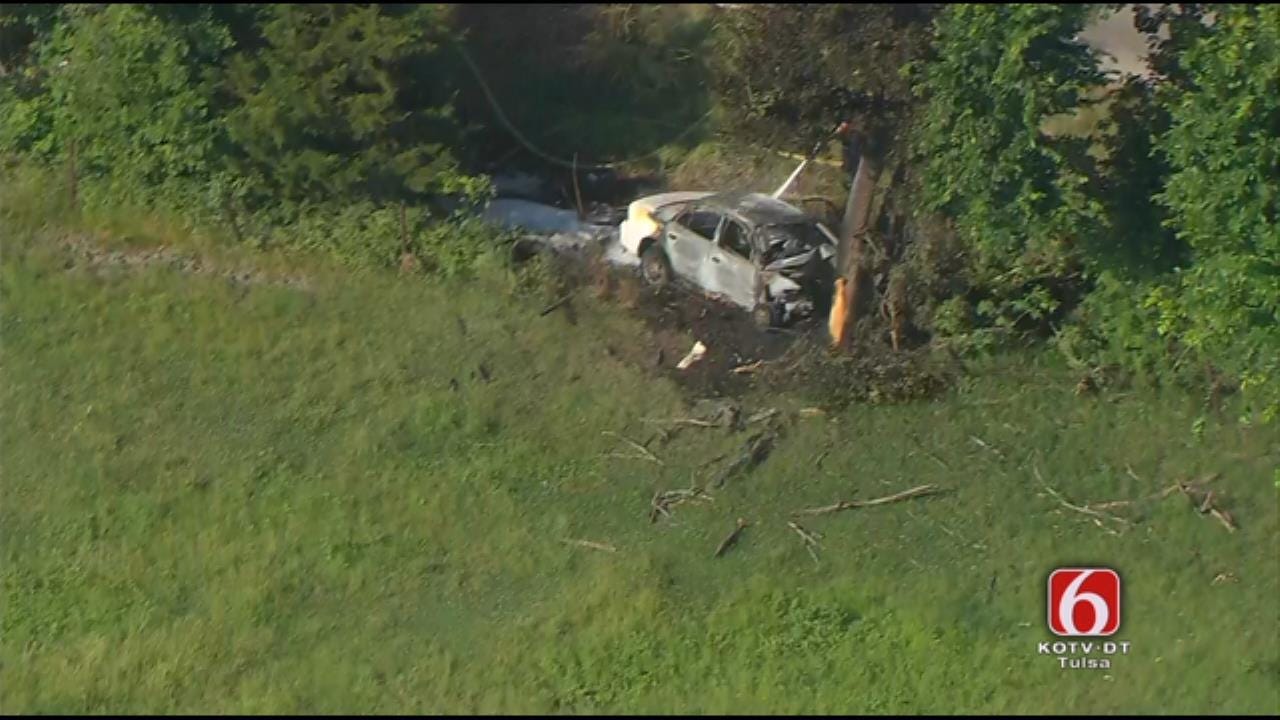 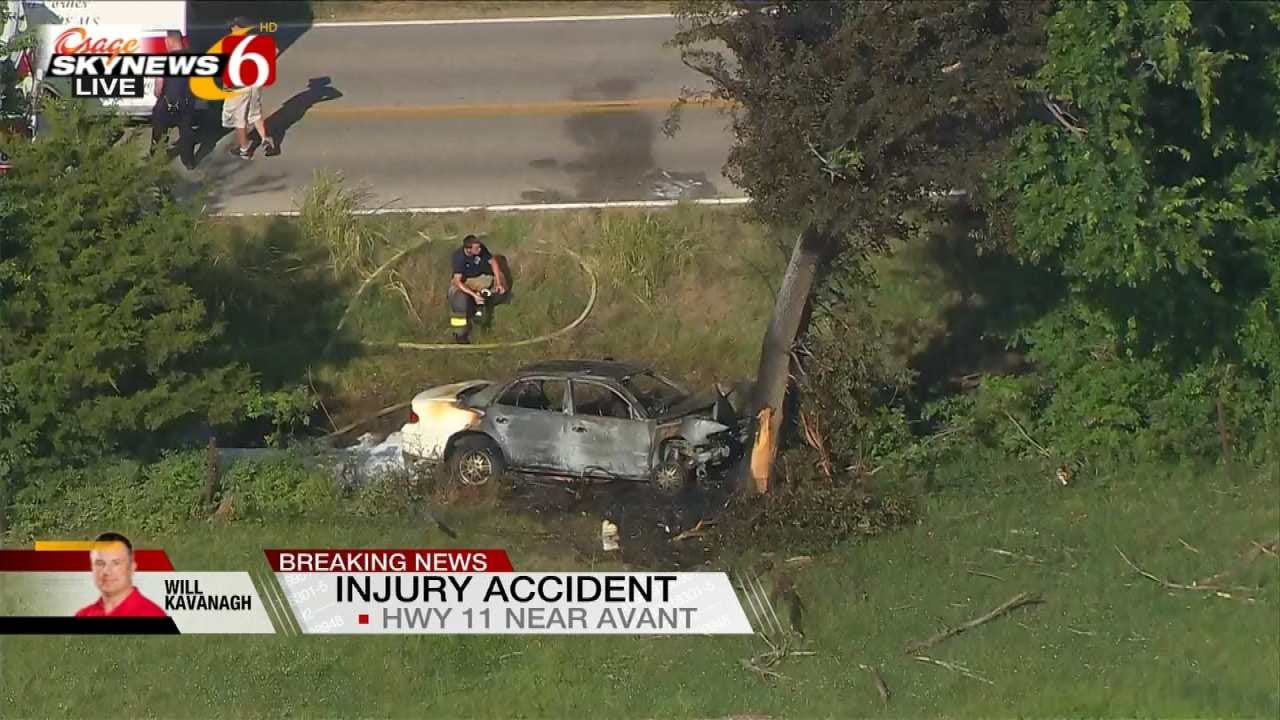 A fiery crash near Avant hurt a woman and her young son Thursday morning.

The wreck happened on Highway 11 at about 8 a.m. between Barnsdall and Skiatook in Osage County.

The Oklahoma Highway Patrol said Pashia Mays, 23, was heading west in a 2000 Buick Regal when the car missed a curve and hit a group of trees. The car then caught on fire.

The OHP says the boy was not in a child restraint, but it's not sure if Mays was wearing a seat belt.