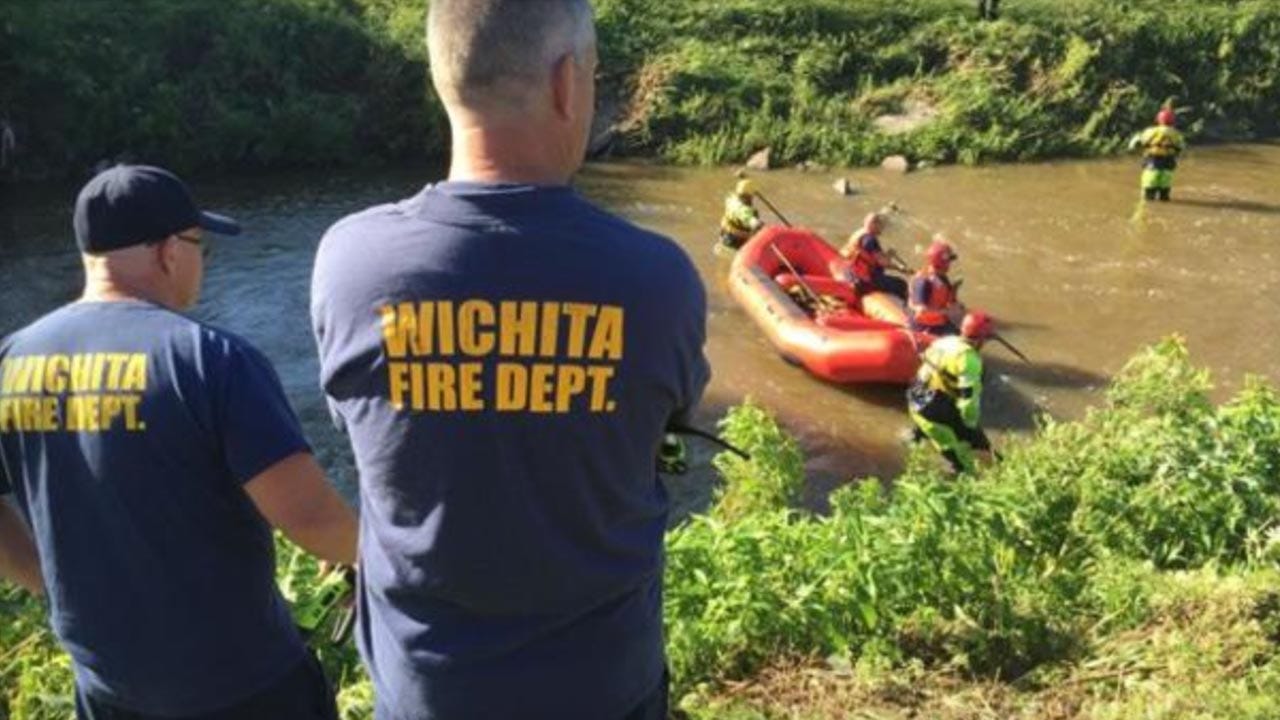 At least two people are dead and five people are missing after this week's torrential rains in Texas and Kansas, officials said Saturday. The same areas face the possibility of more rain over the long Memorial Day weekend.

In the city of Simonton, about 40 miles west of Houston, officials ordered a mandatory evacuation Saturday for most of its 800 residents. Mayor Louis Boudreaux says the evacuation was prompted by the rising levels of the Brazos River.

About 750 families living in a Houston-area Northwood Pines subdivision were asked Saturday to voluntarily evacuate their homes and apartments due to the rising levels of a nearby creek.

The Red Cross was running emergency shelters throughout the region for people forced from their homes, CBS affiliate KHOU reported.

The forecasts through the holiday weekend called for scattered or isolated thunderstorms in Central and southeast Texas.

Francisco Sanchez, a spokesman for the Office of Emergency Management in Harris County, where Houston is located, said officials were monitoring the local bayou system and that the area was "not out of the woods yet."

Other parts of the U.S. also got drenched Saturday as the National Weather Service upgraded a tropical storm in the Atlantic Ocean. Tropical Storm Bonnie, the first to threaten the U.S. in 2016, brought rain and wind to the coast of South Carolina.

In central Kansas, the Wichita Fire Department said Saturday that it was searching for an 11-year-old boy went missing after he was swept away by a swollen creek Friday night. The department said on its Facebook page that two cadaver police dogs were taking part in the search.

The boy's family identified him as Devon Cooley, CBS affiliate KWCH reported. A fire battalion chief told the station another boy who was with Devon said they were crossing Gypsum Creek on a footbridge when Devon fell into the water.

The official said the creek is normally dry, so rescue crews were trying to maneuver around a significant amount of debris and other obstacles. The water level dropped about seven feet overnight.

Searchers said they were focusing on the bottom of the creek, characterizing it as a recovery effort and saying they would continue to search until they found the boy.

In the southeast Texas county of Washington, located between Austin and Houston, two people have died and two are missing due to swollen rivers that have overrun communities, washing away mobile homes and causing water to flow into other structures. More than 50 water rescues had taken place since the rains began Thursday morning.

Brieden said Saturday that one person was found dead in a mobile home that was swamped by floodwaters and a second person was found in a vehicle that had gone off a road and into a submerged ditch.

Brieden also said two motorists are missing in separate parts of the rural county: One vehicle was located without its driver, and the other vehicle can't be found. Brieden says the fear is that it may be submerged and won't be located until floodwaters recede.

Near Austin in Travis County, which saw up to nine inches of rain this week, officials are searching for two missing people whose vehicle was swept off a flooded roadway, according to emergency services spokeswoman Lisa Block.

In Wisconsin, another EF1 tornado damaged about 25 homes and knocked out power to the village of Brandon on Friday, but no one was injured.