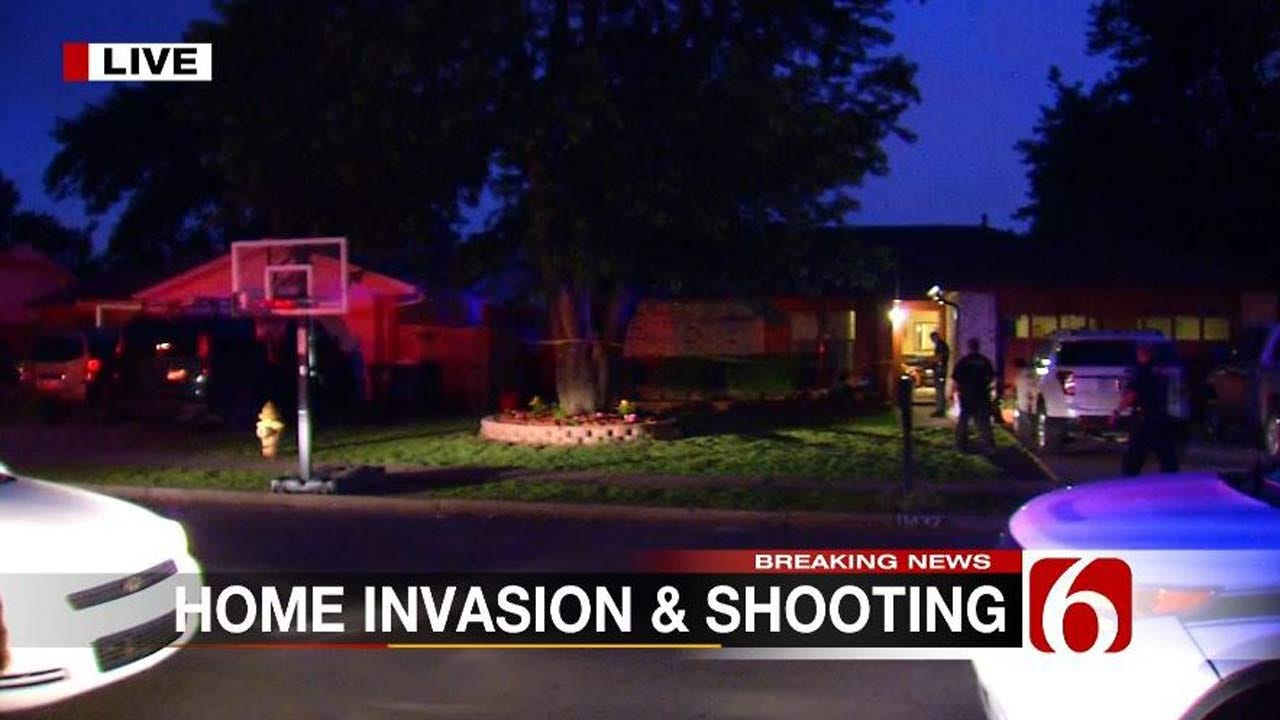 Tulsa Police are searching for three men who broke into a home near 31st and Garnett, shot a man and tied up a woman. Four children were inside during the home invasion, but they weren't hurt.

Sergeant Darren Bristow said police were called to the home a few minutes after 5 a.m. They found a man who had been shot once in the stomach and once in the leg.

The woman said she had been tied up by three men who forced their way into the house through the front door. The men noticed a video camera and alarm system, shot the man and ran off.

Bristow said the woman was bound hands and feet with the duct tape.

The woman was bound with duct tape but wasn't physically hurt. Police believe the male victim will be OK.

Police did not have a good description of the suspects, but it's believed there may be video surveillance.

After investigating, police said they do not believe it was a random crime.