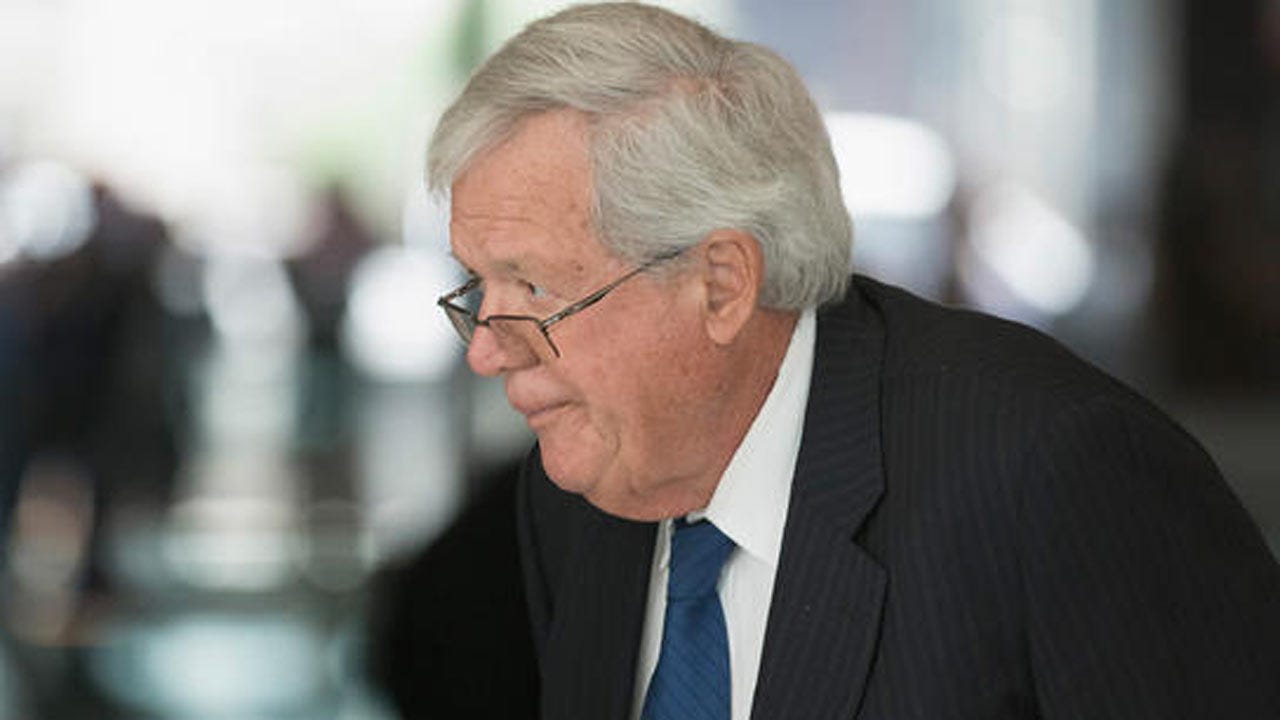 Dennis Hastert agreed to pay $3.5 million to a person the former House speaker sexually abused when the victim was 14 years old and Hastert worked as a high-school teacher and wrestling coach outside Chicago, prosecutors said in a court filing Friday.

The court filing is the first time prosecutors have confirmed Hastert paid hush-money to conceal sex abuse of a 14-year-old.

The 74-year-old Republican managed to keep any hint of sexual misconduct quiet throughout a political career that carried him from the Illinois Legislature to the halls of Congress and eventually to the speaker's office, where he was second in the line of succession to the presidency.

Hastert pleaded guilty in October to breaking banking laws as he sought to pay $3.7 million to someone referred to as Individual A to ensure the person kept quiet about Hastert's past misconduct.

He is scheduled to be sentenced April 27. An alleged sex abuse victim could testify at the sentencing hearing, the Associated Press has reported.

A defense filing Wednesday asked the presiding judge to give Hastert probation and spare him prison time. It cited Hastert's deteriorating health, as well as the public shame he's already suffered.

Prosecutors have recommended that Hastert serve no more than six months in prison.