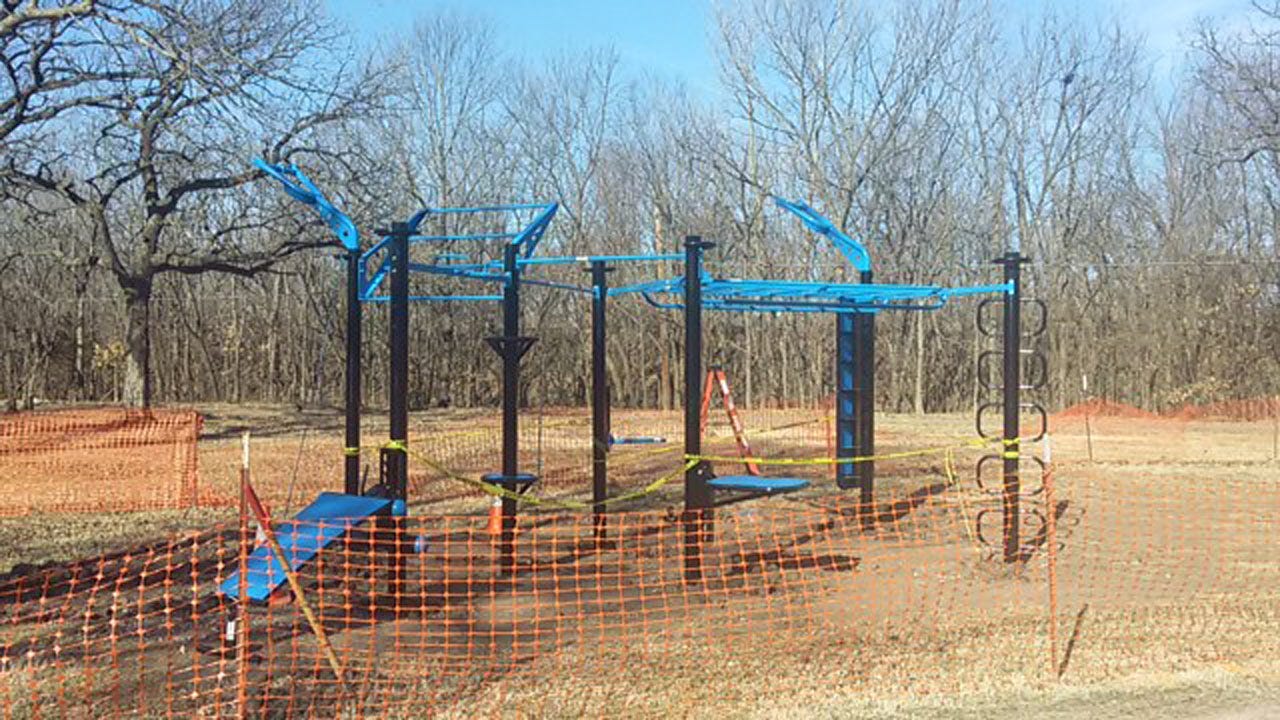 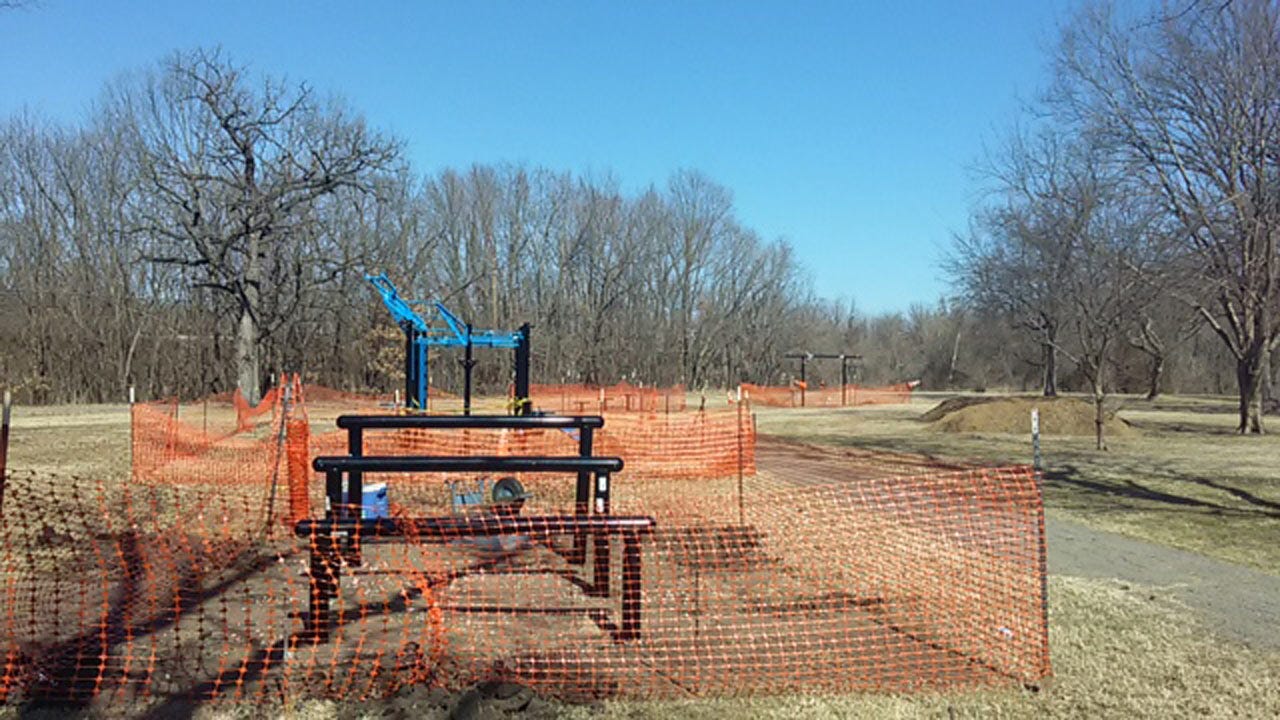 On a nice day some fitness folks want to take their workout routine outside. The City of Bartlesville is making that possible by adding a 'fit ground' to its park system.

"It's like an adult Jungle Gym, basically," Community Development Director Lisa Beeman said. "I think it's really cool. I'm excited and I hope it gets used."

The fitness equipment, which has been installed at Johnstone Park near downtown Bartlesville is made for body weight training and is popular with cross fitters, military-style training and home workout enthusiasts.

"I'm excited. I don't know how to use it, but I'm excited to learn," Bartlesville teacher, Allie Antrim said. "There's not many obstacles like this. It's fun to get outside and do workouts outside."

Beeman said the fit ground will appeal to all adult age groups and levels of strength, from the weakest to the strongest and everything in between.

"I wanted something that was new and innovative -- cutting edge in fitness that citizens of all adult age groups could use," she said.

The city said it spent months researching and getting input from local groups, businesses, personal trainers and other health providers. Beeman said she went with was she believes is the most durable equipment, built to withstand the elements.

"I knew we couldn't have anything outside that had a lot of moving parts, simply because of the maintenance and potential for it to break down and become inoperable," Beeman said. "I wanted something that was going to last well outside."

According to Move Strong, the T-Rex Fit Ground is "specifically designed to weather tough outdoor conditions and all for (year-round) functional fitness and body weight exercising for adults.

The city is planning a small ceremony at the site to officially dedicated the fit ground for use on April 1.

"I love challenges, so it looks kind of tricky," Allie Antrim said. "I'm just imagining things I can do, like lunges, jumping lunges, dips... and climbing those ropes."

The equipment is free to use and was paid for by the city, using discretionary funds leftover from the 2012 General Obligation Bond Issue.

The city said the fit ground is not intended for children as is considered an 'adult playground.'