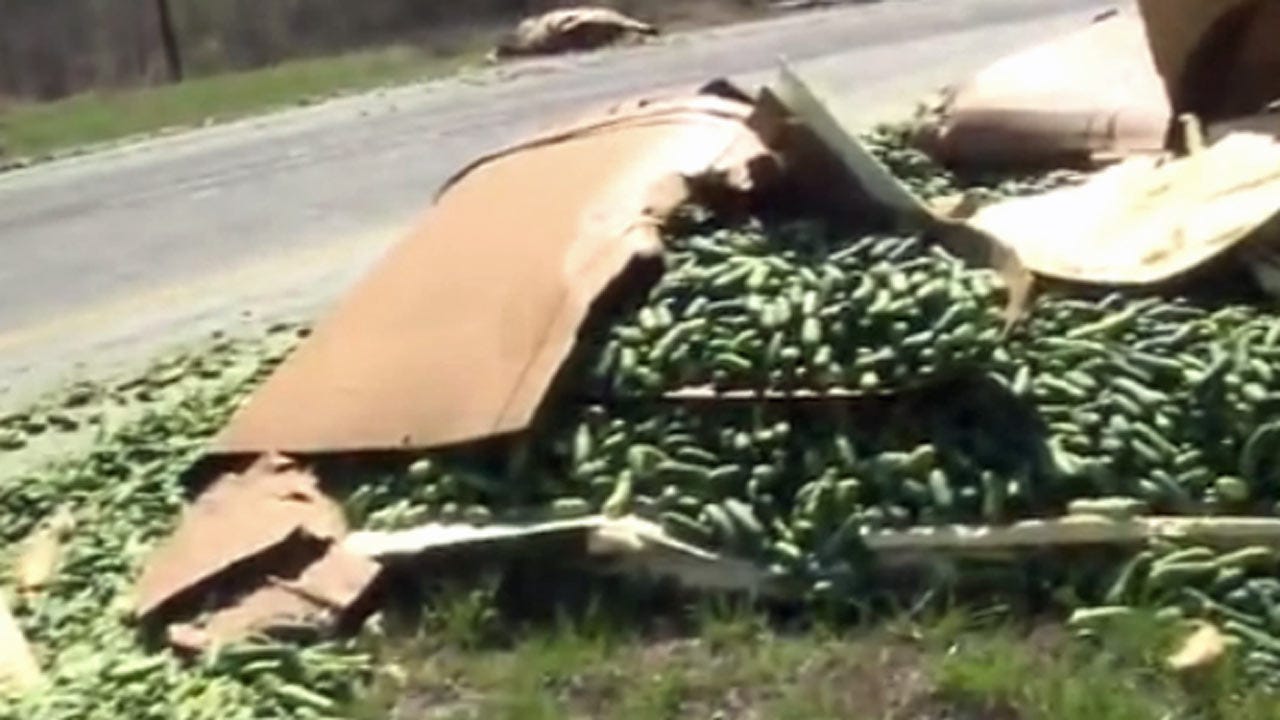 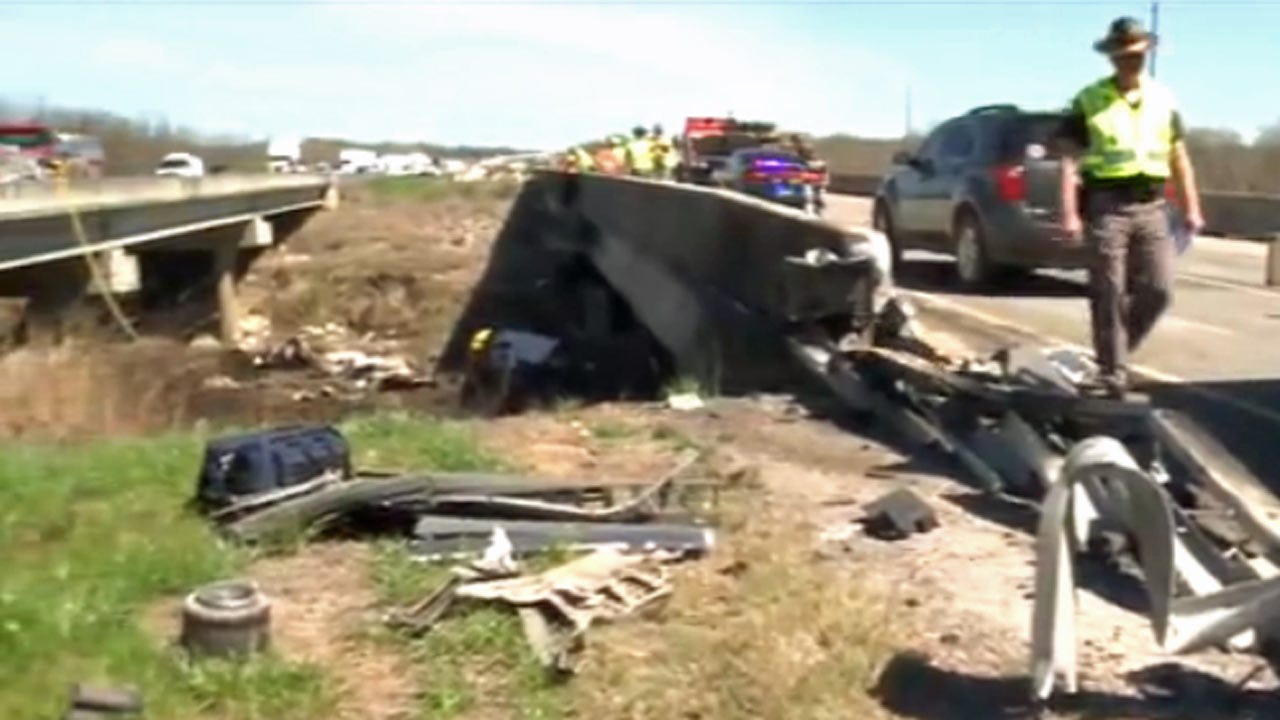 Two Texas men are in the hospital after their semi ran off an Atoka County highway and spilled its load of cucumbers Tuesday morning.

The Oklahoma Highway Patrol says the truck was headed north on Highway 69/75 near Caney when a tire blew. Troopers said the semi went off the Clear Boggy Creek bridge, destroying the truck and dumping cucumbers everywhere.

The OHP closed the northbound lanes for about five hours while a crew cleaned up the wreckage and the vegetables.

Troopers told KXII, the CBS affiliate in Sherman, Texas a passenger who was sleeping in the cabin was ejected as the semi hit the water. He swam to safety.

"There is virtually nothing left of this truck. When I first arrived on scene and saw the aftermath of this, I didn't expect anybody to be able to survive that,"  Trooper Steve Nabors said.

Firefighters had to free the driver who was pinned in the cab. Troopers said the truck was badly damaged they couldn't tell its make.

The OHP says the driver and passenger were flown by helicopter to a Plano, Texas hospital with non-life threatening injuries.