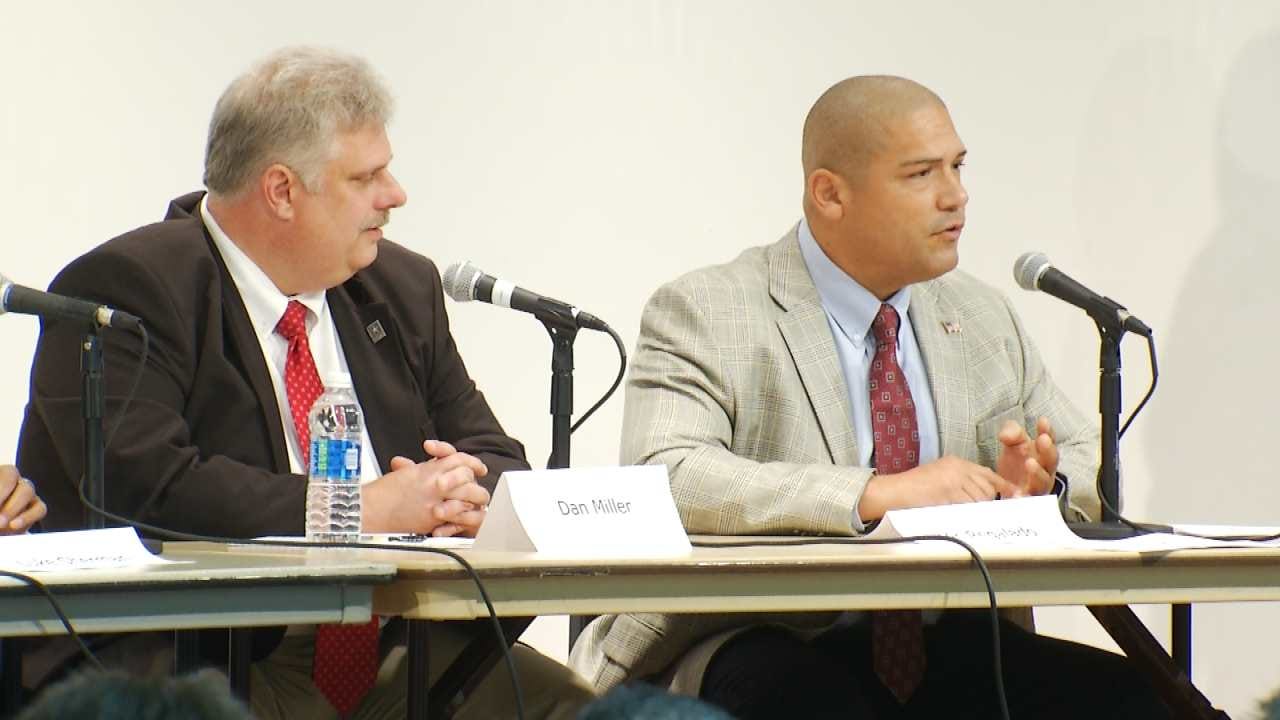 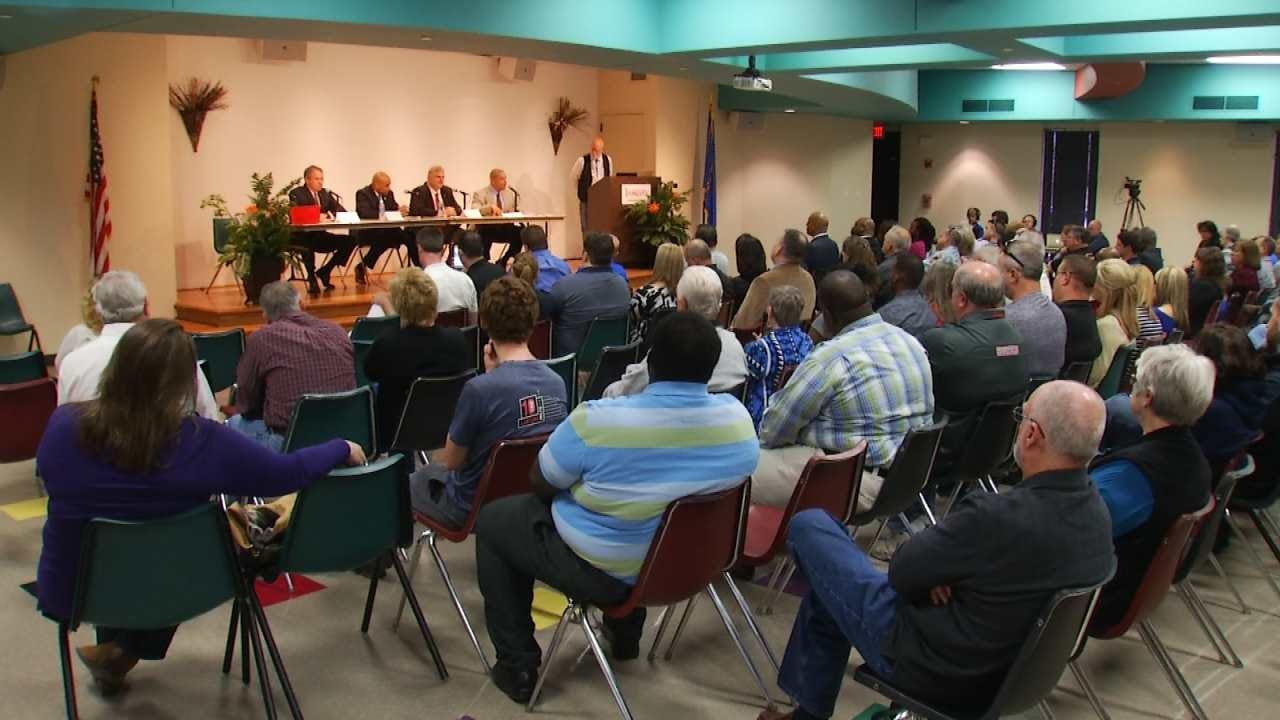 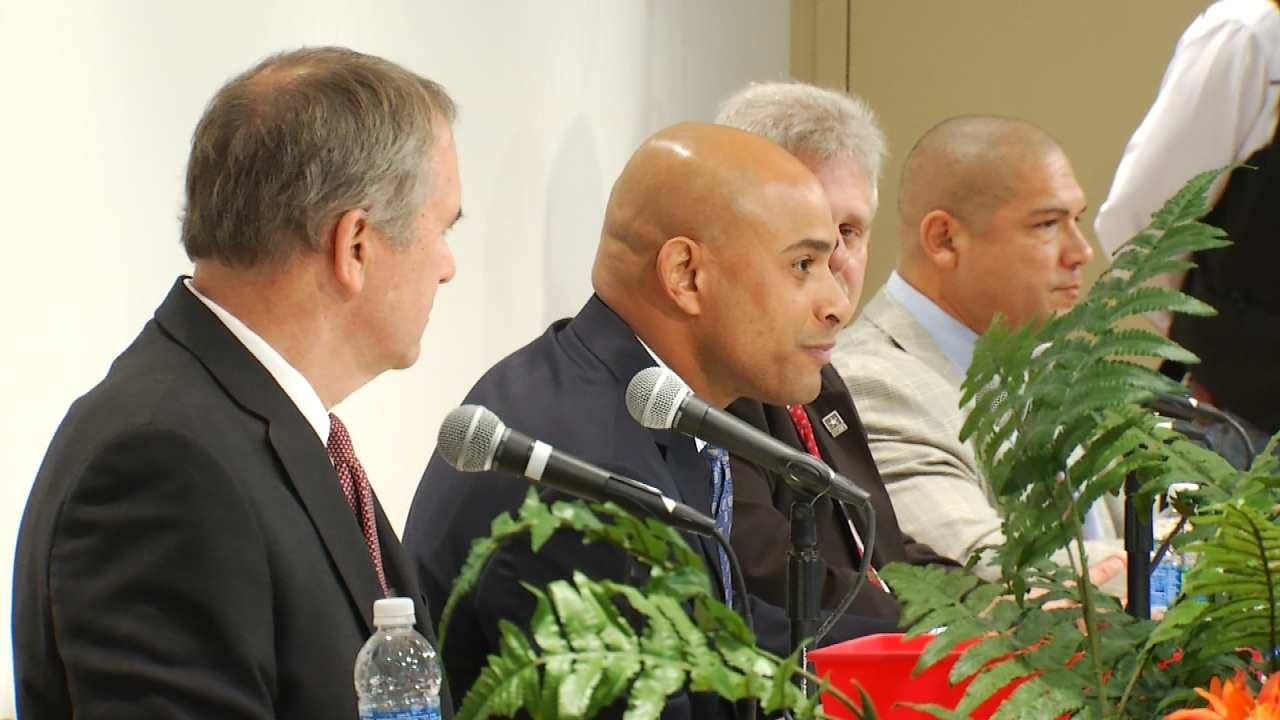 Republican candidates for Tulsa County Sheriff took shots at each other on Saturday, as the race intensifies just three days before the primary.

News On 6 and our partner, The Frontier, reported Friday the candidate with more donations than any other, Vic Regalado, has received about 25 percent of his donations from people tied to one local company, ISTI Plant Services at the Port of Catoosa.

Those donations, from 14 ISTI employees and their spouses, total more than $34,000 -- and many were made on the same day for the same amount.

Regalado addressed questions about these donations at a sheriff's candidate debate Saturday.

"I'm proud of every individual that has donated to my campaign... I would welcome any inquiries into my donations," he said.

Candidate Luke Sherman says it's unusual to get maximum donations in a race like this.

News On 6 and The Frontier found that one of those maximum donors to Regalado is a felon.

Regalado says he will return that donation.

Candidate John Fitzpatrick raised concerns about another of Regalado's donations from a current reserve deputy, saying he doesn't believe it's ethical to have any reserve deputy funding a sheriff's campaign.

"From this point on, no reserve deputy will be allowed to donate to my campaign -- period," Regalado said.

Fitzpatrick went so far as to compare that reserve deputy to former reserve deputy Bob Bates, who donated to former sheriff Stanley Glanz, and shot and killed Eric Harris during a gun sting.

To read more about this from our partner The Frontier, click here.