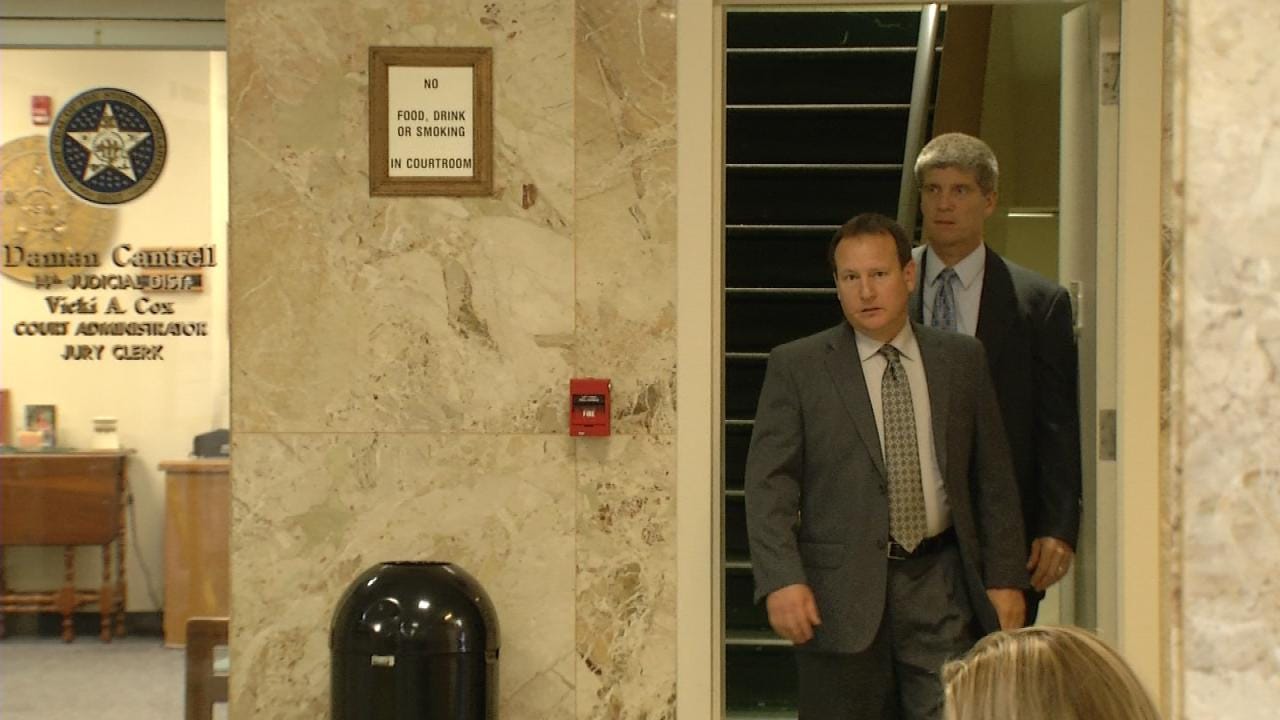 While neither Brian Edwards nor Shannon Clark would comment about specifics, Clark did give a statement afterwards with his lawyer, Eric Stall, present.

“I dedicated my entire career to servicing the community – if it be the Tulsa County or the state of Oklahoma. I had the liberty to go in and tell my side of the story. I ethically and truthfully answered the questions as best I could, now I challenge Sheriff Glanz to go in and do equally the same thing,” he said.

It was the fifth day the grand jury met. It’s looking into possible wrong-doing at the sheriff's office in the wake of Eric Harris's shooting death by Reserve Deputy Bob Bates.

Former Undersheriff Edwards ordered a report in 2009 that revealed concerns about Bates' training.

Former Major Clark said he believes he was wrongfully fired after the shooting in an effort to insinuate he's to blame for problems within the office.

Clark said he believes it was his loyalty to the sheriff’s office attributed to his termination.