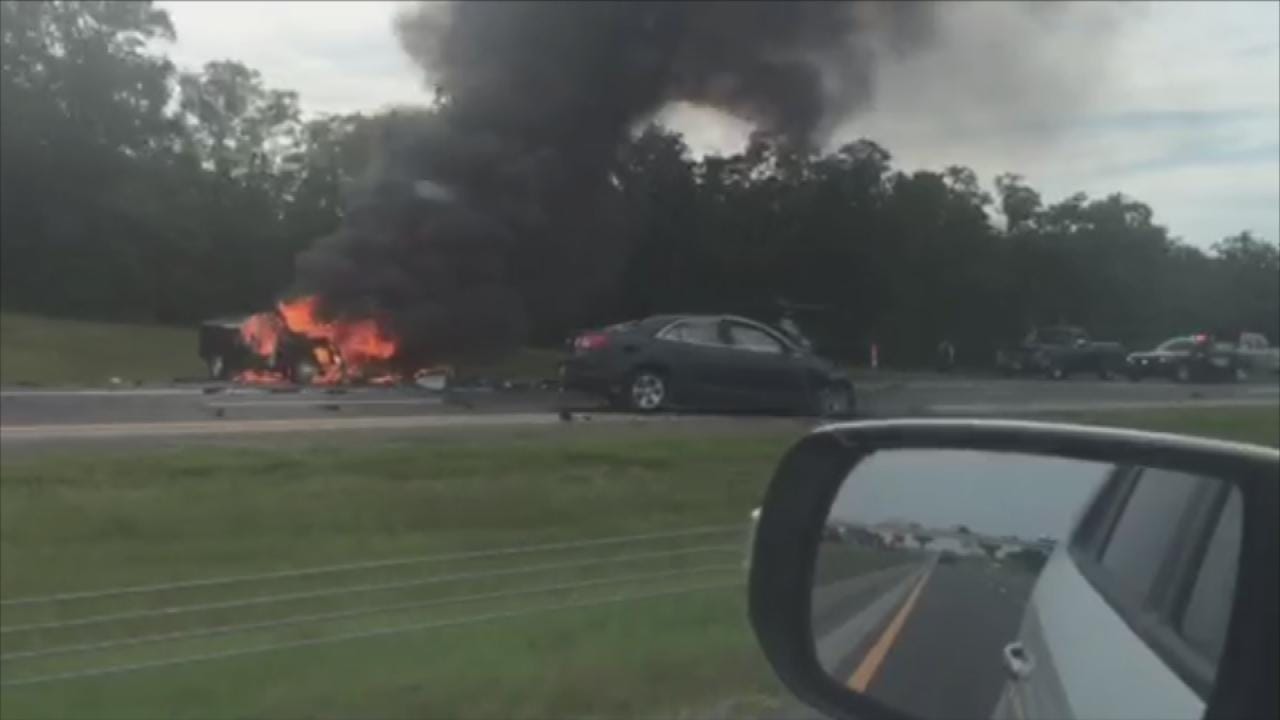 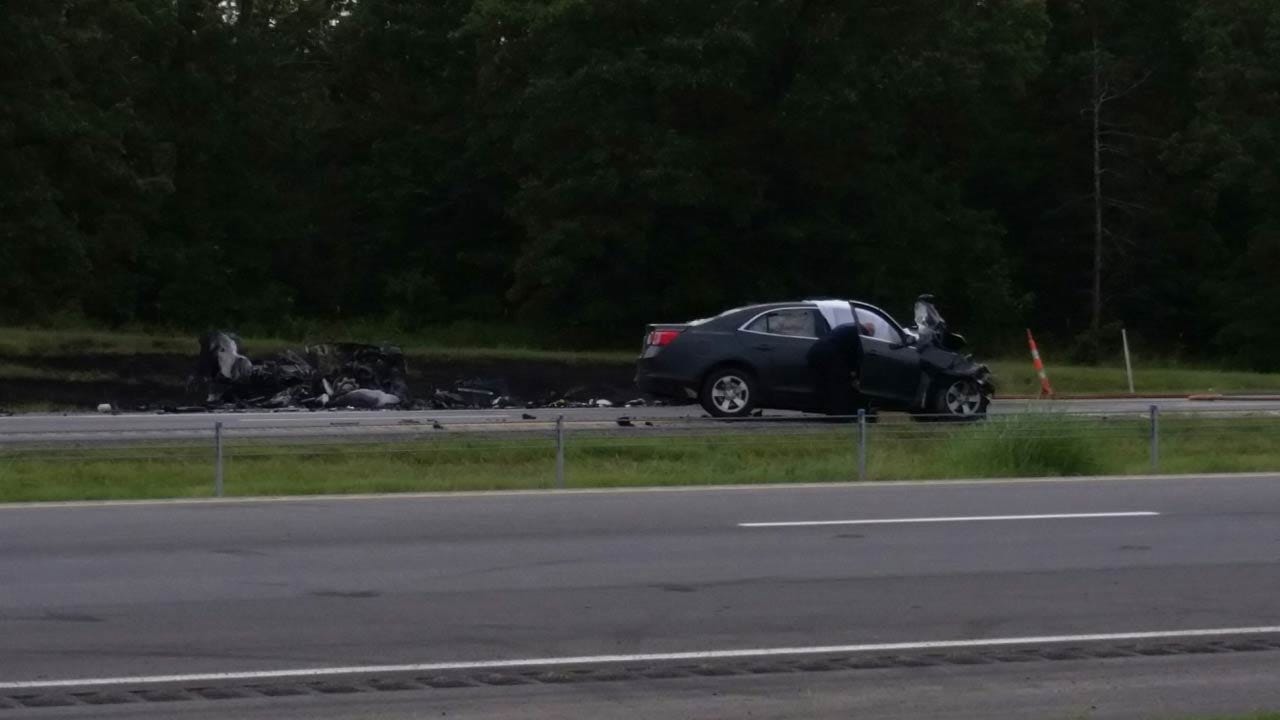 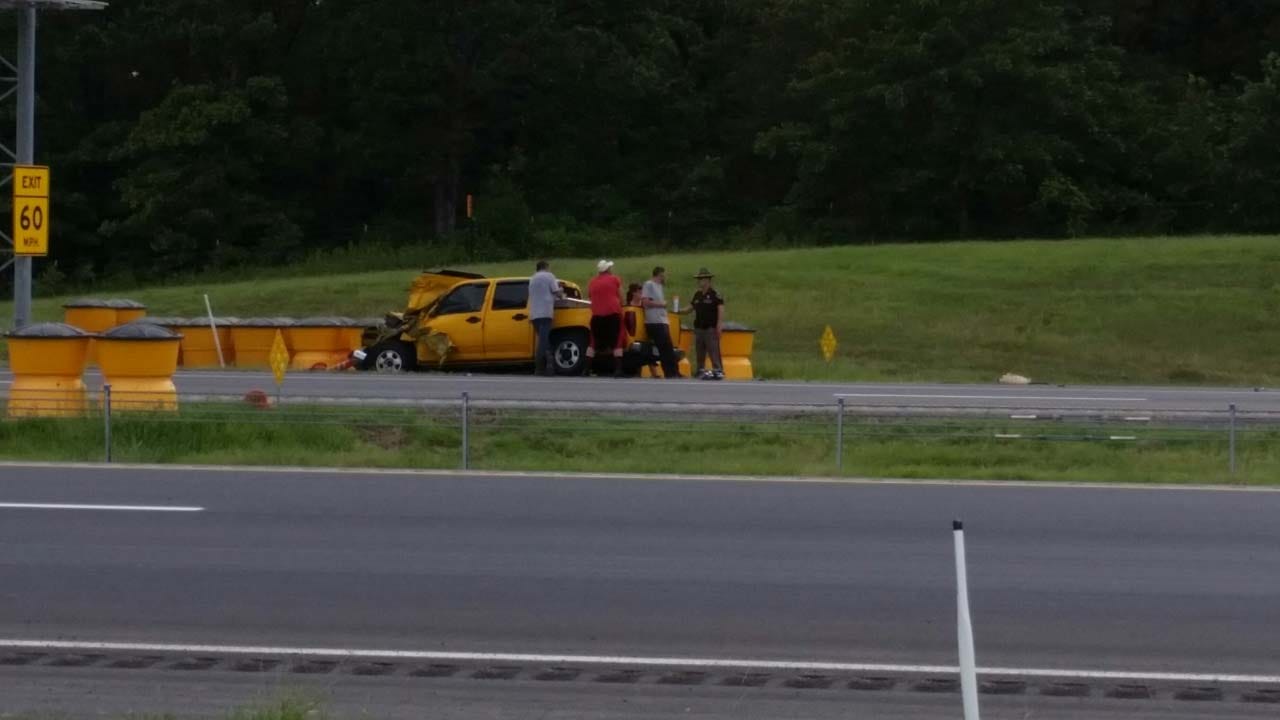 A man and a woman are dead after a fatal accident the Will Rogers Turnpike.

Oklahoma Highway Patrol troopers said the initial calls they received said there was an erratic driver, but shortly after 6:00, they got the call that there had been a crash.

OHP a 2014 Chevy Malibu, driven by 32-year-old Crystal Lopez, was going east in the westbound lanes of the turnpike when she hit a 2014 Ford pickup driven by 40-year-old George Landing and a 2004 Chevy Colorado occupied by 45-year-old Michael McElwrath, 24-year-old Robert Preble and 22-year-old Dylan Burk.

According to the OHP report, both Lopez and Landing were pronounced dead at the scene. The three men in the Chevy Colorado refused treatment at the scene.

Witnesses said they were right behind the black truck and were seconds away from being part of the deadly crash and knew not everyone had made it.

"The woman was gone on impact, the man was unconscious but he had a little bit of a flutter of his heart at one point so there was some people who knew CPR," witness Michaela Lewis said.

Witnesses said the black truck burst into flames on impact while and the yellow truck ran off the road. They said after the initial collision the Malibu and the black truck slid across the road before coming to a stop.

"I directed him to put a blanket over him [Landing] because the emergency responder said to hold up the blanket to keep the smoke away. We had to move the man closer because the fire kept getting closer and it was exploding and out of control," Lewis said.