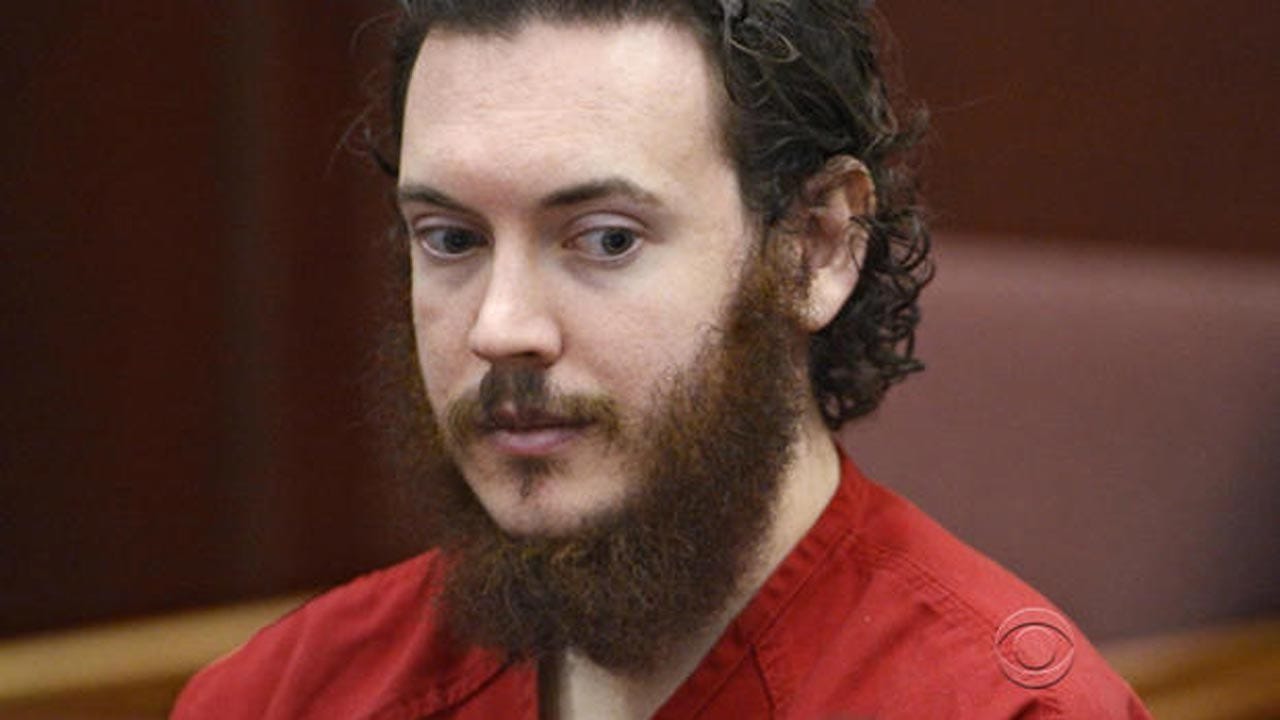 A jury has convicted James Holmes on murder charges for killing 12 people and wounding 70 others when he opened fire at a Colorado movie theater in 2012.

Jurors deliberated for a day and a half over whether Holmes was a cold, calculating killer or a man in the grips of a psychotic breakdown when he opened fire in a crowded movie theater almost exactly three years ago.

In closing arguments, District Attorney George Brauchler kept the focus on the shooting's heavy toll on victims, weaving their stories into a larger narrative that tried to show Holmes was legally sane when he carried out the attack.

Defense attorney Daniel King presented Holmes, now 27, as a kind of victim himself, of schizophrenia so consuming he was unable to tell right from wrong when he slipped into the auditorium and started shooting, killing 12 people and injuring another 70 before his gun jammed and he surrendered. King showed jurors images of Holmes looking dazed and sullen with fiery orange hair after the July 20, 2012, attack.

Both sides tried to help jurors make sense of thousands of pieces of evidence and more than 250 witnesses who testified in the 11-week trial.

Dozens of victims and family members were in the courtroom for closing arguments, and some wept as Judge Carlos A Samour Jr. read the names of the dead and wounded while he gave the jury his instructions. Sandy Phillips wore a green scarf that belonged to her daughter, Jessica Ghawi, who was killed.

"Just because the trial is over, it's not over for us," Phillips said. "It's never going to be over for the 12 families who lost their loved ones in that theater."

Two state-appointed forensic psychiatrists who evaluated Holmes determined that he was legally sane, despite severe mental illness. One of the doctors, William Reid, showed jurors nearly 22 hours of sometimes chilling videotaped interviews in which Holmes haltingly describes taking aim at fleeing moviegoers and longing to kill others to increase his own self-worth.

Holmes spent months amassing an arsenal of weapons and body armor. He scrawled detailed plans for the massacre in a spiral notebook, weighing which auditoriums in the Aurora theater complex would allow for maximum carnage.

He also rigged his 800-square-foot apartment into a potentially lethal booby trap that he hoped would divert police and paramedics from the theater as he set about his attack. Holmes hid his plans from everyone, including a university psychiatrist to whom he mailed his notebook just before the attack.

Defense attorneys presented Holmes as a struggling neuroscience student who was on the brink of mental collapse well before he acted on increasingly powerful delusions that told him to kill. They called to the stand mental health professionals who analyzed Holmes and found him suffering an array of illnesses, from schizophrenia to full-blown psychosis.

CBS News legal analyst Rikki Klieman told CBSN that after a brief recess, the same jury will return to decide whether Holmes will spend life in prison without the possibility of parole or receive the death penalty.

"The penalty phase is probably going to be the most troubling, because we do have to think as a society about the fact of whether or not it is appropriate to execute someone who is mentally ill," Klieman said earlier Thursday.

Holmes did not testify in his own defense during the trial. Klieman said it is unclear whether he would take the stand during the penalty phase.

"He's been medicated now, with anti-psychotic medication, for a two-year period," Klieman said. "So he's been medicated so long that he may be able to express remorse and to express his horror at what he did, since he's under medication, and at least in the penalty phase, to apologize and say he was sorry. That may go somewhere with a jury, or it may not."

However, Klieman pointed out, prosecutors would be able to cross-examine Holmes about his extensive planning of the attack.

The defense's strongest witness was Raquel Gur, a nationally known schizophrenia expert who interviewed Holmes for 28 hours and said his thoughts about killing other people became an uncontrollable storm in his mind in the months before the shooting. She and another psychiatrist declared him legally insane. The shooting would not have happened if not for Holmes psychosis, Gur said.

The doctors said Holmes had struggled with mental illness since childhood, seeking a career in neuroscience to better understand what he described in his notebook as his "broken mind" and a list of self-diagnoses.