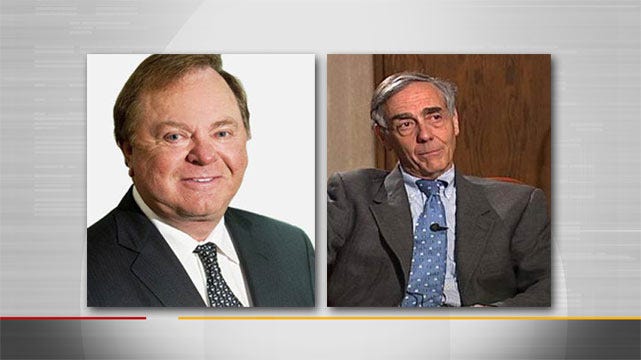 Six of the richest people in the world, live in Oklahoma according to Forbes magazine.

Forbes' billionaire list was released Monday and the richest person in the world is Bill Gates.  For the co-founder of Microsoft, its the second year in a row he has topped the list.

In Oklahoma, Harold Hamm of Oklahoma City and founder of Continental Resources was ranked #96 according to Forbes with a worth of $12.2 billion. Tulsa's George Kaiser, Chairman of BOK Financial Corporation was ranked #142 with a worth of $9 billion.  Both dropped compared to last year's rankings.

Second place on Forbes' list telecom mogul Carlos Slim Helu. He topped the list in 2013.  Next is investor Warren Buffett, who moved up from fourth place last year.

Forbes says 46 billionaires on the 2015 are under the age of 40 and just under half of them owe their fortunes to technology.