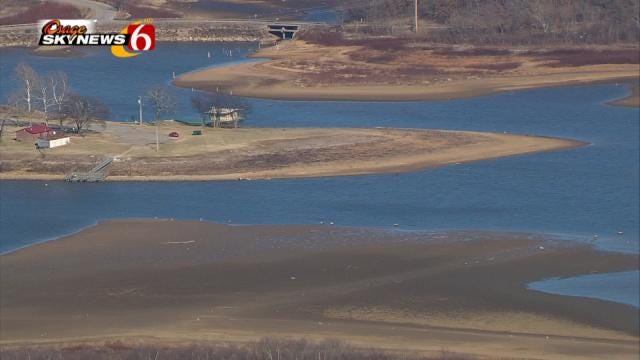 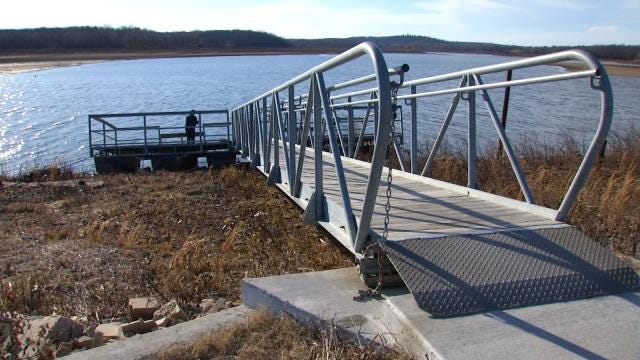 A Green Country water source has dropped to near-critical levels.

Sahoma Lake in Sapulpa said it's down 11 or 12 feet lower than usual. Caretaker Tom Chandler said there are islands that no one's seen before.

While the drop in water is hard on some, it hasn't kept fishermen like Bob Trolinger from casting their lines in the ole "mud hole."

"Oh just trying to catch these little, ole crappie, they're just the size of your hand. They're little bitty things," he said.

Petitt said the city drained the lake 8 to 10 feet several years ago to fix to dam, but ended up not having the money to make the repairs. Some say the lake never fully recovered.

That, however, could all change in March if voters approve a $1.2 million bond proposition.

Until then, the focus is on the fishin'.

"Yeah, they're fun to come out here and catch," Trolinger said.

Petitt said Sapupla gets 85-percent of its water from Skiatook Lake, which is where the city's water is coming from now.

The plant isn't drawing water from Sahoma currently, but Petitt said that's not due to the water levels.

He said if Sahoma drops 15 more feet the plant would need to ration any intake.

The caretaker said for the lake to get back to normal water level, we'd need a good ground-soaking rain first, followed by a hard rain of 6 more inches.

Chandler said since the lake relies so heavily on runoff, it would need to rain hard and fast.