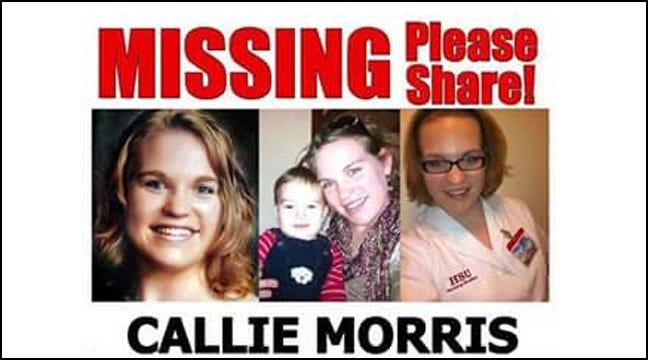 The LeFlore County Sheriff's Office has issued a missing person's request after a nursing student failed to make it home to McAlester.

Callie Morris, 21, was last heard from at 5 p.m. Thursday when she was leaving Hot Springs, according to THV11, the CBS affiliate in Little Rock.

Authorities say Morris was driving a 2004 tan Ford Explorer with Oklahoma license plate 908HTG. She was expected to take a route through Mena, Arkansas.

Her last cell phone ping was around 6:37 p.m. in Whitesboro, Oklahoma, in a hilly and mountainous region. The LeFlore County Sheriff's Office, Oklahoma Highway Patrol and Civil Air Patrol have been searching the area.

Major Rick Rutledge from the Broken Arrow Composite Squadron of the Civil Air Patrol told News On 6 they are engaged in the search.

According to Rutledge, the Civil Air Patrol received new information that will take the focus to Big Cedar on Sunday morning.

Anyone with information about Callie Morris is asked to call the LeFlore County Sheriff at 918-647-3426.