Eastern Oklahoma Warming Up This Weekend 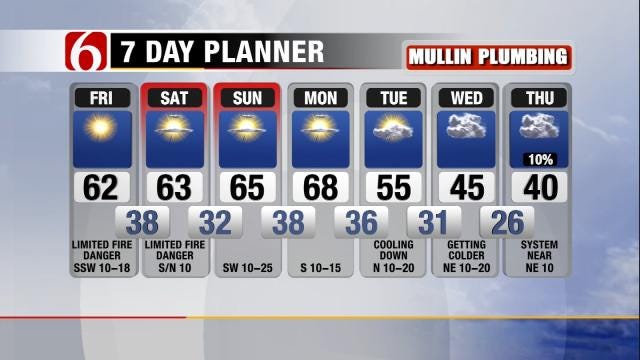 The News On 6 WARN team says its going to be a warm weekend across eastern Oklahoma.

Temperatures were below freezing early Friday but News On 6 meteorologist Alan Crone says dry air pushing into eastern Oklahoma combined with south winds will allow temperatures to rise into the lower 60s through at least Monday.

Crone says this pattern of nice weather should remain in place through the beginning of next week. A front will allow some clouds to form across Oklahoma on Saturday and a weak cold front will cool things off Sunday night, but temperatures will rebound in the 60s on Monday.

Crone says enjoy the warmer weather, because by Wednesday, temperatures will drop back into the mid 40s by Wednesday.

Eastern Oklahoma Warming Up This Weekend