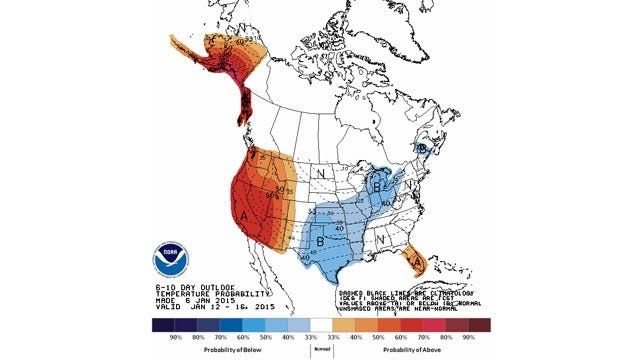 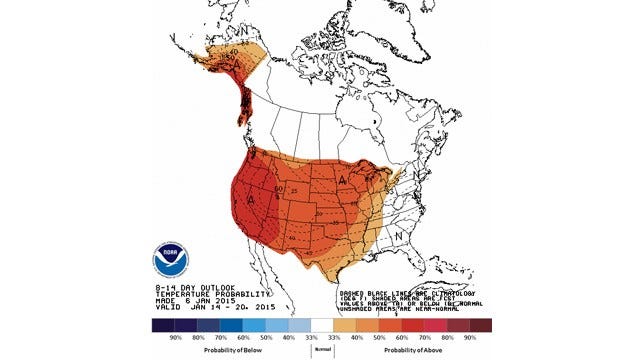 The coldest air of the season is headed our way, but fortunately it will not hang around for too long.

Don't misunderstand, temperatures will stay well below normal right on through the weekend and into the following week, but the coldest conditions will largely be confined to during the day Wednesday and into the day Thursday. In other words, we are not looking at days on end of below freezing temperatures, which sometimes occurs at this time of year.

By the way, the normal daily temperature range at this time of year is 47/27.

Here is how it should play out. Bitter cold air is moving in tonight and temperatures by Wednesday morning will be in the teens for most locations, and that may well turn out to be as warm as we will be all day.

Strong northerly winds along with mostly cloudy skies will keep temperatures from warming much, if at all, and most of us will end the day in the teens as well.

Also, northerly winds of 20 mph or more by morning and up to 30 mph or more at times during the day will bring the wind chill to at or below zero at times and wind chill advisories have been issued by the good folks at the National Weather Service.

We don't see conditions like that very often around these parts, so extra caution is certainly advised for any outdoor activities.

Despite the mostly cloudy skies, this is a moisture starved system so nothing more than a flurry or two is expected, if even that. So, no winter weather worries with regard to wintry precipitation are in the forecast.

The winds will be settling down Wednesday night and skies should be generally fair - which means temperatures will bottom out in the single digits for most locations to start the day Thursday.

However, the cold high pressure ridge responsible for this cold surge will be rapidly moving on eastward allowing our winds to return to a southerly direction by morning followed by gusty southerly winds during the day. As those southerly winds kick in, temperatures will still be bitterly cold so wind chill values at or below zero will once again be possible.

However, the southerly winds, along with lots of sunshine during the day Thursday, should get us just above the freezing mark. That will be followed by another surge of very cold air with temperatures on Friday only topping out in the 20s that afternoon after starting the day in the teens.

Gusty northerly winds may again bring the wind chill to single digits during the day, but this system will also move quickly on eastward with a return to a more S or SE wind by Saturday.

For the weekend and into early next week daytime highs in the 30s, but at least above the freezing mark are expected along with overnight lows generally in the 20s.

Also, clouds will be returning, but the chances of any precipitation remain rather low and primarily confined to the extreme eastern counties for later Sunday and into the day Monday.

Given the temperatures, there is a possibility of a wintry mix, but again, the probabilities are low at this time and this does not currently look to be a major winter storm.

Beyond that, below normal temperatures look to continue for much of next week as you can see by the 6-10 day outlook. However, beyond that time frame the longer range guidance suggests some moderation should occur.

Keep in mind though this is the coldest time of year for us on a climatological basis, so any moderation would mean daytime highs in the upper 40s or low 50s.

At any rate, stay tuned and check back for updates.